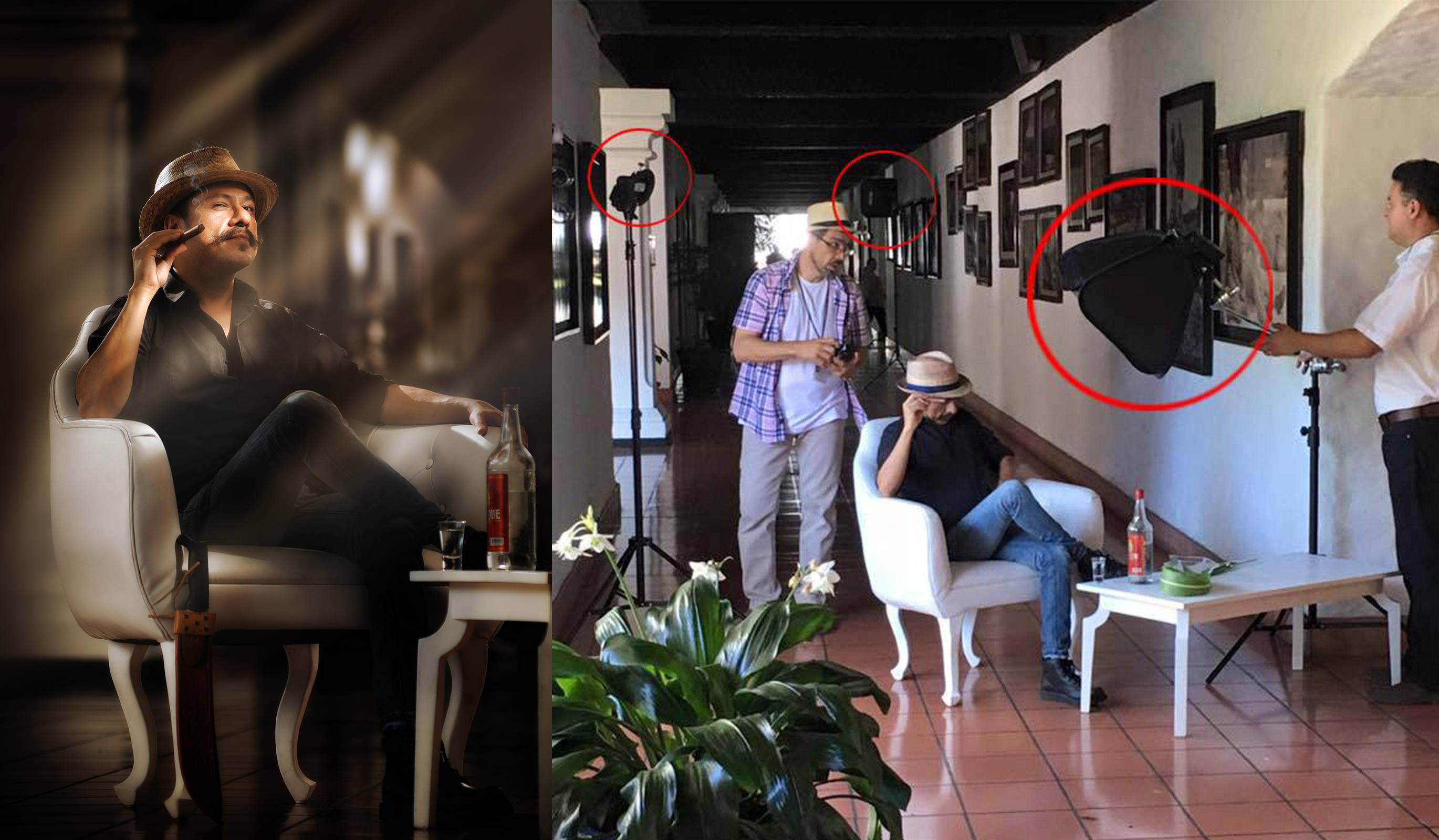 I took this photo as part of a lighting class in Costa Rica. The theme was people who represent the spirit of the farm where the class was held. It was a colonial building hidden in the country side of Costa Rica. While we were fortunate to have a  great model, I used a few simple tricks to make the scene work.

We shot with a Nikon D800E and picked a Nikkor 80-200 f2.8 lens to get the composition right. See how the frame is tightly cropped to make all the surrounding noise disappear. Camera settings were ISO 200, F4.5 1/160. 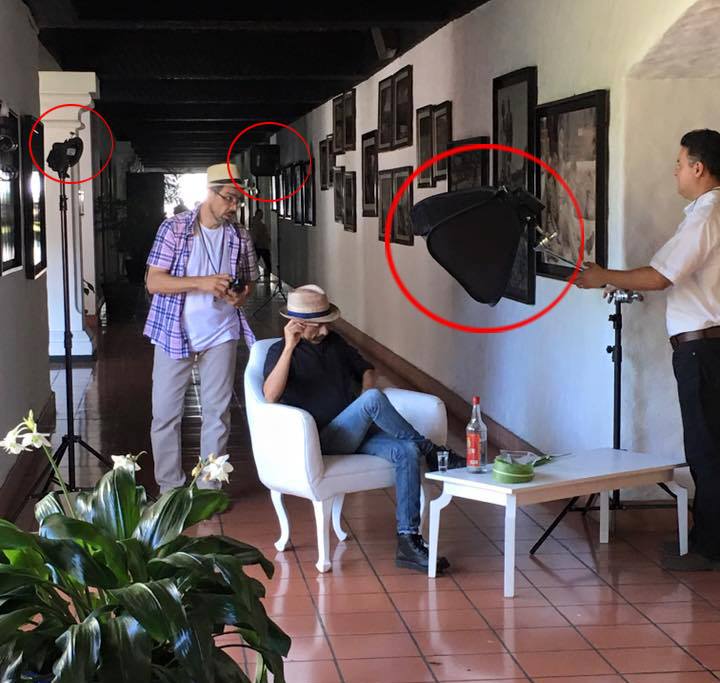 I went with three lights for this photo, all were Yongnuo YN560 III strobes. One strobe was placed with a gridspot as a kicker (the gridspot is there to avoid any light spill). The other two strobes were placed in two softboxes. One from behind the subject to create some contour and the other one at about 45 degrees. This is where the magic happened :)

That 45 degrees softbox did not have a diffusion panel. Instead it had a perforated cardboard square which acted like a gobo and sprinkled shadow and light game onto the scene giving a warm afternoon feeling. 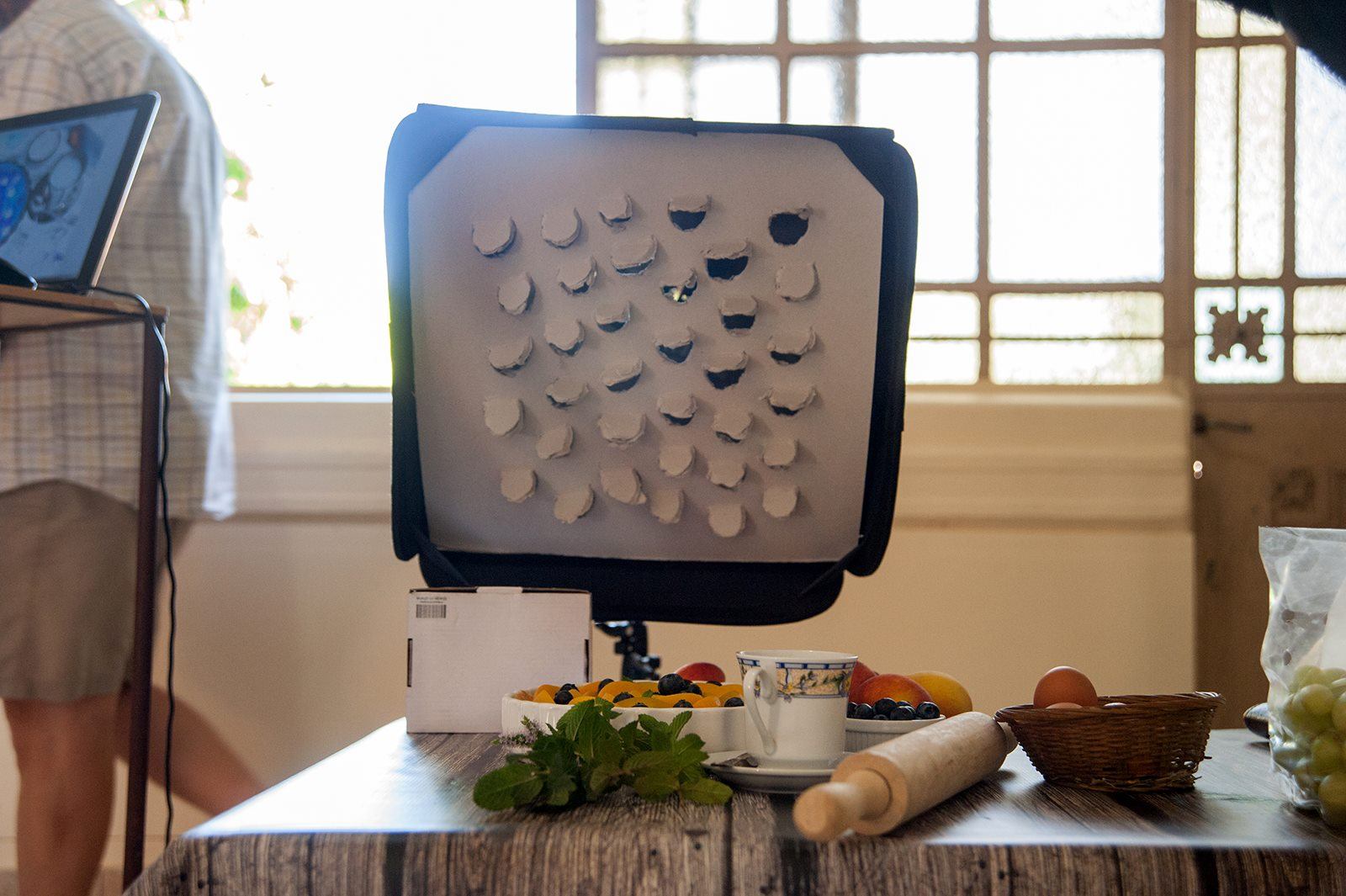 Lastly, in Photoshop I added a bit of light rays using volumetric light, those are the light rays that you are seeing in the scene, which adds just the right atmosphere.

Gustavo Pomar is a photographer and educator from Santa Fe, Argentina. You can see more of his work in his website and connect over in Facebook.

It’s amazing what you can do with cutlery, a glass ball and a perforated metal sheet