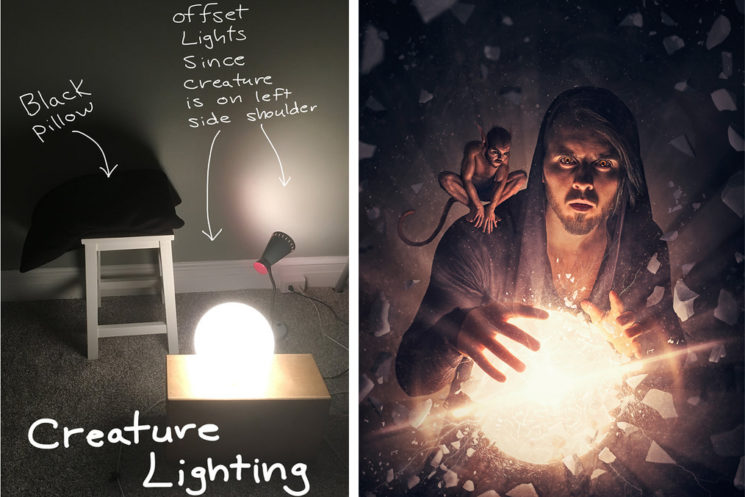 I’ve been daydreaming lately about that magical time in my life about ten years ago when I bought my first DSLR (crap, hold on, AM I OLD!?) and photography really began to take over my life. Back in the day my shoots began with me creeping around my parents’ house, gathering up all of the lights I could find that weren’t attached to the walls or ceilings. My poor mom would come home from work, go to turn some lights on, and find them all to be mysteriously missing.

I would book someone for a photo shoot and they’d get up to my room (… erm, I mean “studio”?) and be like, “Wait, is this actually your lighting set up?” And I’d be all, “You booked me because of my pictures, right? Well, this is how I took all of them …. ” You see, you don’t actually need fancy expensive photography lighting to take great shots; any old lights and a little creativity will do! I’ve never been lacking in creativity, but professional lights were not always at my fingertips. 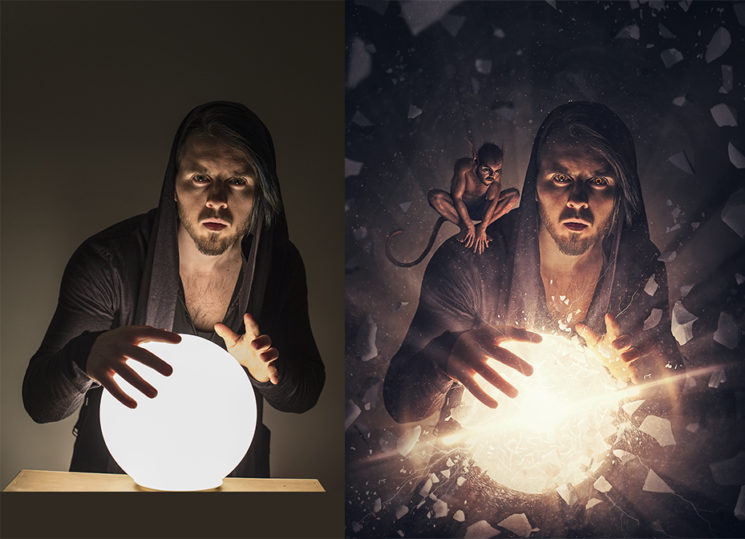 These days I primarily shoot in a HUGE studio with more amazing flash equipment than I could ever hope to afford myself … ok, so I could HOPE to afford them, but at this point in my career let’s just say I’m a very lucky boy to have all these fun photography toys at my disposal.

I was thinking about how I’ve come so far from those long lost days of household lighting experiments. Every once in a while I like to shake things up and challenge myself, so why not go back to my roots and try to do a self portrait image using nothing but lights from my house!?!? 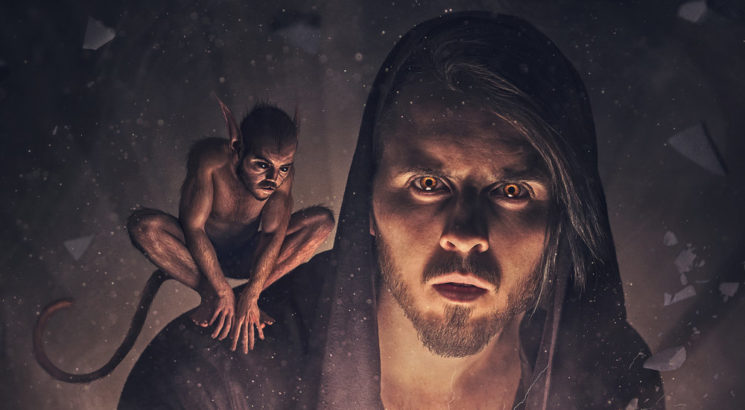 It’s funny how limiting yourself can spark such creativity. All I did was take away one of my go-to-tools and suddenly my brain was working in new and exciting ways … or old ways, I guess. I fell right back into my methods of yesteryear in no time.

I’m realizing now I should have had a time-lapse set up on the stairwell in my house – as I was shooting I just kept thinking of other things I needed and would scamper up and down the stairs over and over again to grab more lights, stools, boxes, pillows, costumes, and so on.

Turns out, to finally land on an image I was totally happy with, I needed to do three of these home lighting shoots. The first time was apparently just to grease my gears, and get rid of some of the “rust” built up from years of shooting with actualphotography lights. It didn’t take long before I’d crafted a lighting set up that I really loved and captured the below image (… and like 9000 other ones, of course. You know how selfies go, gotta take a zillion – we’re our own worst critics.) As pleased as I am with the photo, it just didn’t feel grand enough. It’s nice, it’s just kinda boring. I felt like I wasn’t doing this challenge justice. Also, it was just super fun and I wanted to play around more lights! 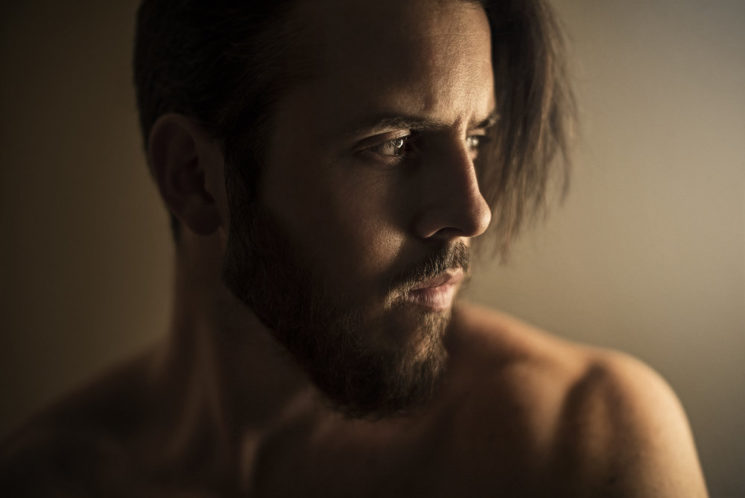 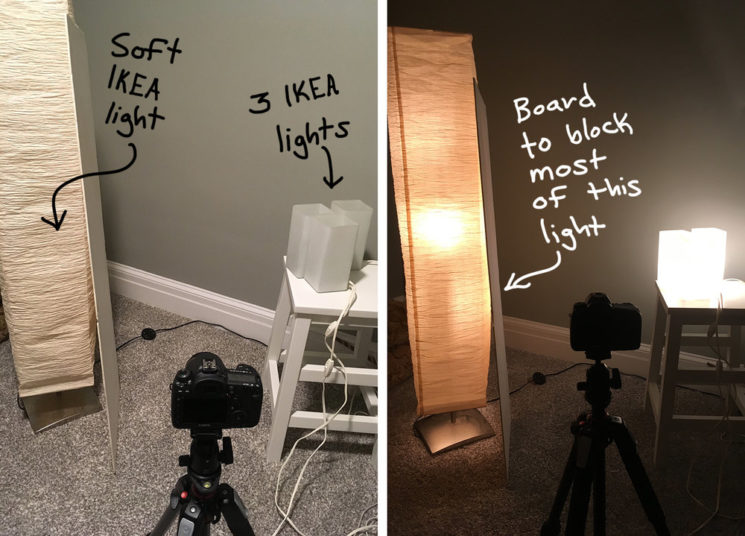 I went into my second shoot a few days later knowing full well that this also wouldn’t be my “grand-finally-show-stopping-image.” (Aka the image at the top of this post … ) I was looking through old pictures from when all of these household lighting shenanigans began and realized it would be interesting to try to recreate one of those … so, I did. Below is what 10 years of life in an orange hat looks like. 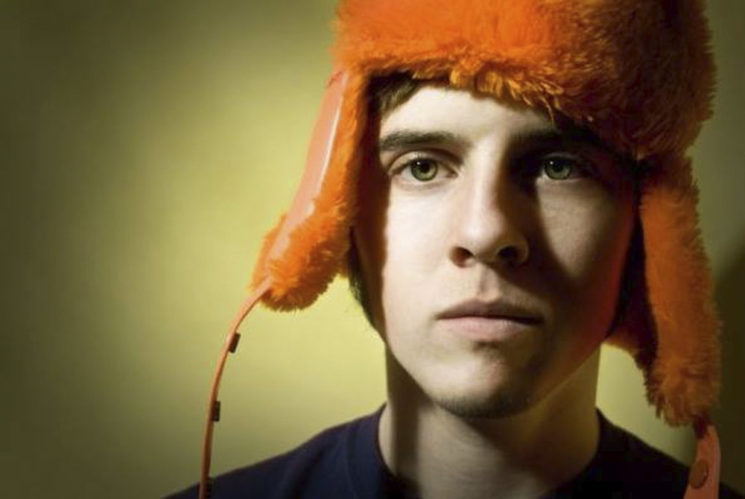 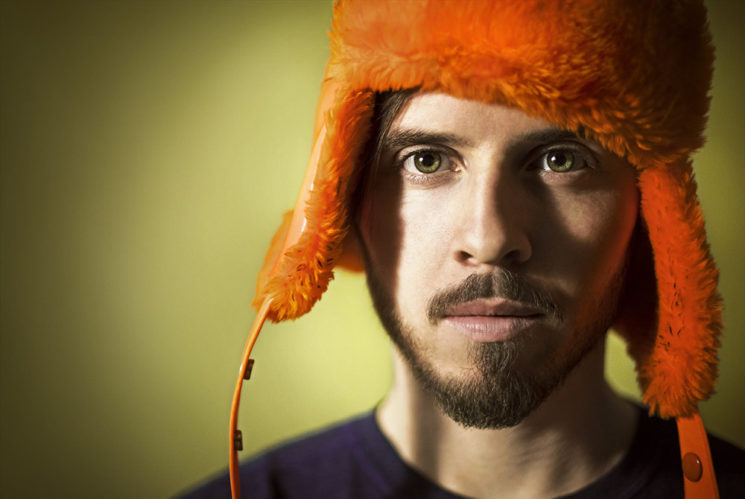 Photo taken by myself like 10 days ago (early February of 2018 for you readers of the future) in my office / “studio?”

I lit this one with just a bare bulb who’s cord I craftily tied around a doorknob and it draped over the door to get it at the right height.

For my final shoot I actually tried way too hard. Like seriously Robert, calm down. I felt as though it needed to be some crazy Macgyver-ed lighting set up and kept involving more and more lights. After a while I realized that this challenge was not necessarily about using as many lights and crap as I possibly can in the most outlandish way, but more about using the tools my house had to offer to make an image I was proud of. So, I scrapped my crazy set up and stripped it back down to 2 lights. Apparently desk lamps are where it’s at … 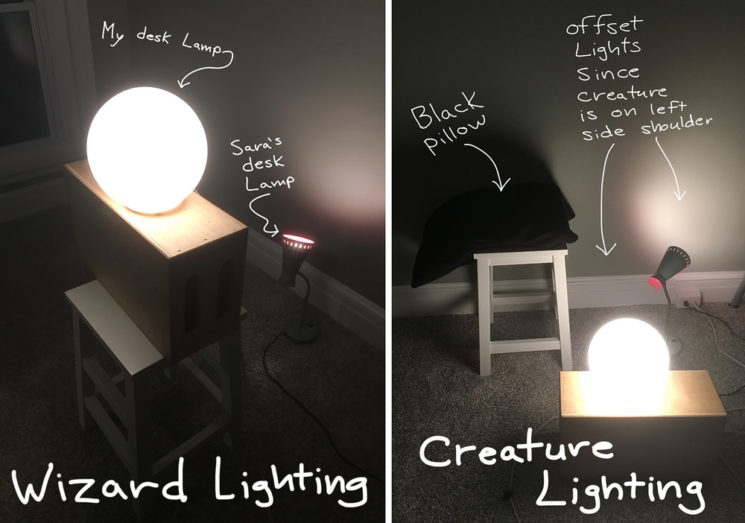 I had an idea to use this round “crystal-ball-esque” Ikea light from my desk as the main light source and do a somewhat simple wizard-y type portrait. I was thinking it would be fun to give my wizard character a tiny creature/sidekick/lab assistant/talking parrot kind of buddy chilling on his shoulder. At first I was planning to just create one out of stock images of animals, but then it was going to be pretty difficult to believably match the lighting on my face, plus I’m willing to bet any stock I found wouldn’t have been lit with household lights. “How about a toy?” I thought. Perhaps I could find a figurine of some kind and shoot it in the the same lighting, but I just didn’t have anything – there was a pretty specific look/pose in my head. Then it dawned on me that this was supposed to be a self portrait assignment, so why not double up on that fact?

Henceforth, I decided to don some dark underpants (so essentially I just took off all my other clothes … ), balance awkwardly on a big black pillow on a stool, and play the part of my own tiny-wizard-creature-friend. I obviously Photoshopped the crap out of myself so it looked less like I had a small creepy me on my shoulder. A tail, big pointy ears, rearranged facial features on a larger head, lengthened fingers and legs, and lots of digitally painted fur/hair all added up to be the little critter I was imagining in my mind.

However … I feel like even after all of the changes it still just kinda looks like a creepy little shoulder Robert haha. I’ve come to terms with this fact. Now my fantastical brain has just dreamed up a new story for the image where this wizard was doing some spell to copy himself so he could help himself out with some other complicated magic he couldn’t do alone and the cloning spell went terribly wrong. Aka POOF a new weird tiny best friend …. Just go with it.

[Robert is holding a contest with the theme of home lighting over at his blog. Make sure to check out the rules and guidelines here and play along!]

How I photographed and edited a girl “dressed in water”