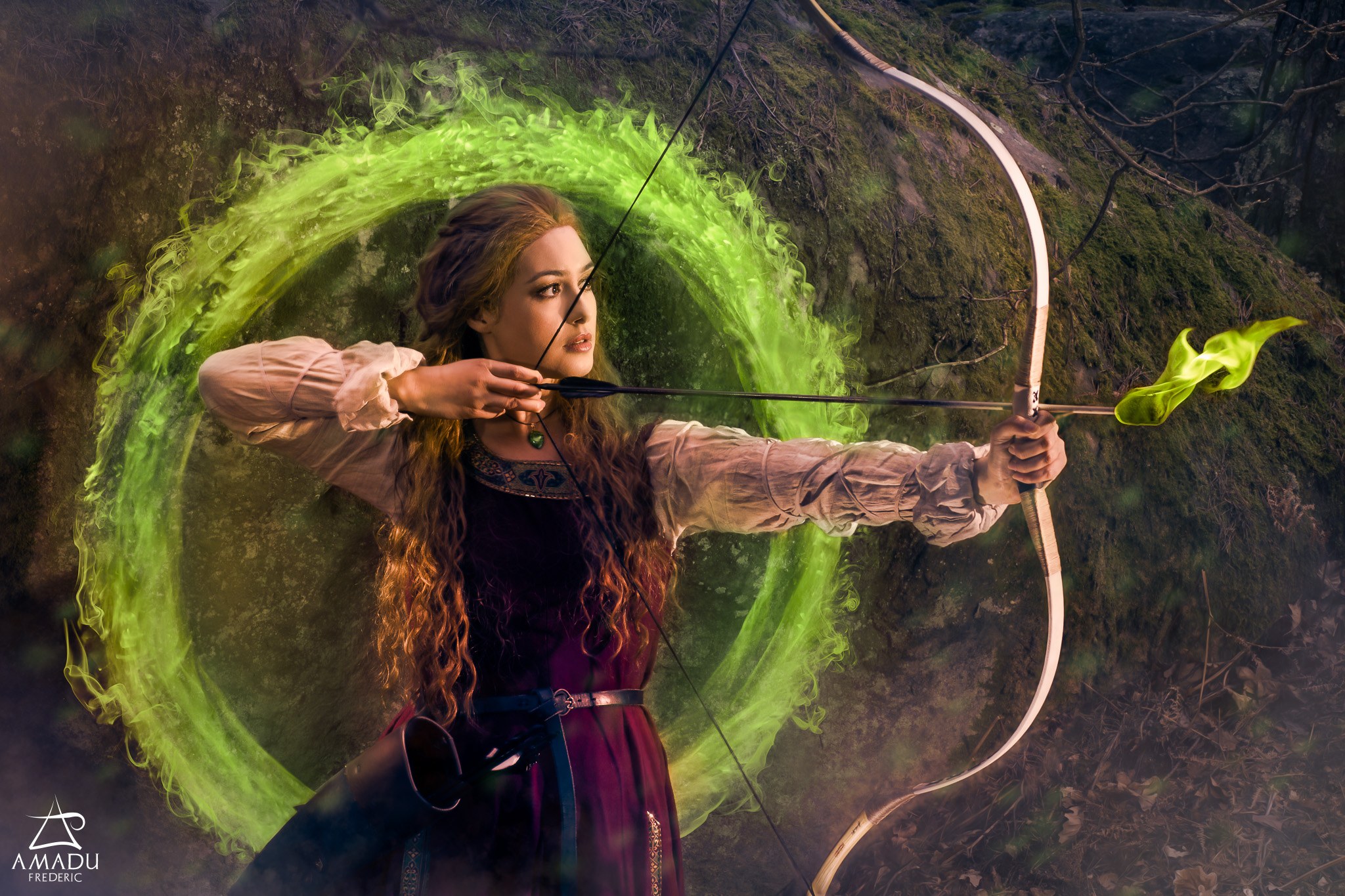 For a long time I wanted to create a Brave styled photo shoot. I really love the heroic fantasy and Celtic moods that go with the movie and it would not be the first time I go Celtic :).

But, an official cos play version of the movie was already out there, so I wanted to do something different. Then I met Elyra Carrousel. Aside from being a wonderful model, she has a vast collection of wonderful costumes and dresses. And to make a good thing perfect, she invented a medieval and Celtic persona for herself – a red headed character called Lilwen. We had a chat, we were both excited about it, we went to work.

Oh, we also did not want to use any Photoshop special effects for that shoot

Fast forward a few week later, and we found ourselves in the middle of the French Fontainebleau forest along with a lighting assistant, a videographer, a fire jungler and a fire security assistant

Now, Fontainebleau forest is one magical forest if you know your way around it. There are several different places to go, but one that fit the bill perfectly – its a Tolkien scene location – with big rocks, green patches of moss  and old trees.

We shot in the afternoon, so we needed some powerful lights – my plan was to underexpose the background to build a dramatic landscape and strange mood, and we used Broncolor’s Move L kit with two strobes. That pack holds quite a strong punch. 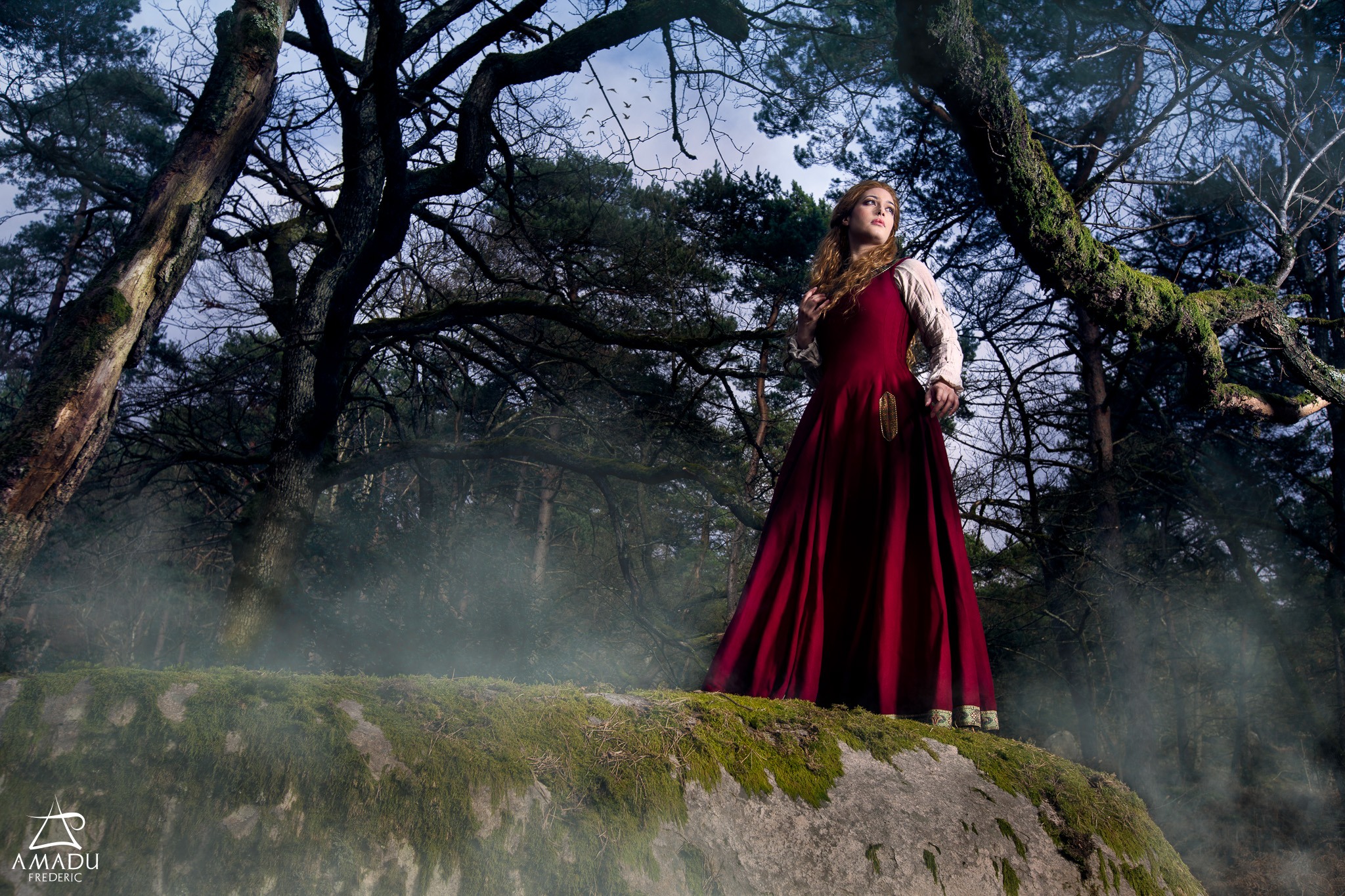 One of the big story points in Brave (at least if you take the destiny vs free will angle) happens when Merida follows the wisps. I really wanted to make those with as little post production as possible – I wanted to get that in camera. Only thing is, those wisps were green… fire on the other hand is red and orange.

Luckily my fire assistan, Joe, invented a magical combustible mix to produce green flames. We also used some pegs and kevlar ropes to give the wisps the right shape (wathc the video to see how they were made).

And so we let Lilwen walk along a small path, acting worried but very very curious. 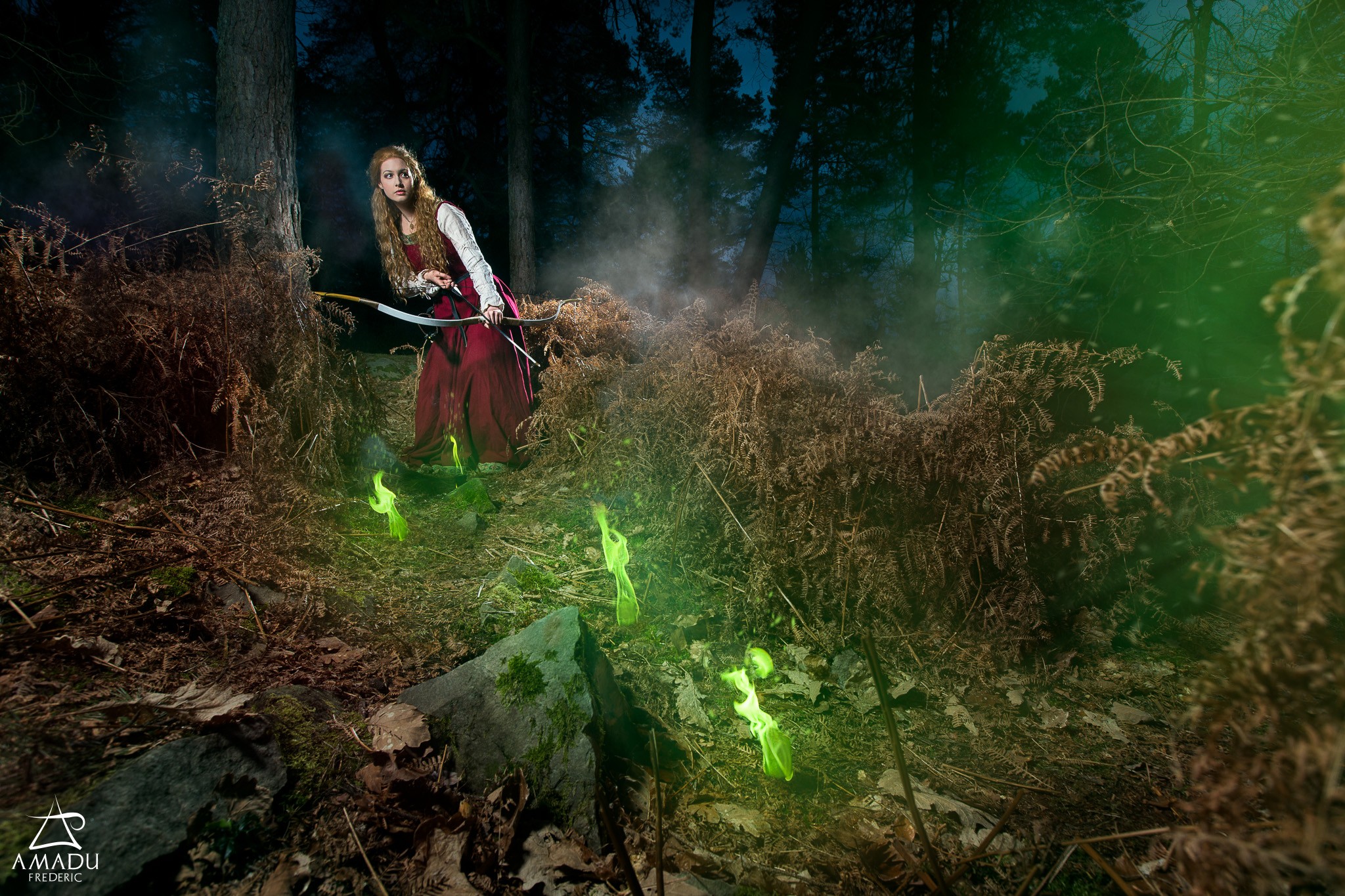 For the hero shot, we used a light painting technique, kinda similar to steel wool spinning, only without the wool (spinning woll ina forest would be very very stupid).

Excess, the fire juggler, uses fired bolas and draws circles behind Lilwen while she has her bow armed and in position.

Flow and settings used for the hero shot

For the last scene I used a fired-up rope on an iron structure. The shape is a Celtic fire rune hanging by a the end of a fishing rod. (we took it out on postproduction) 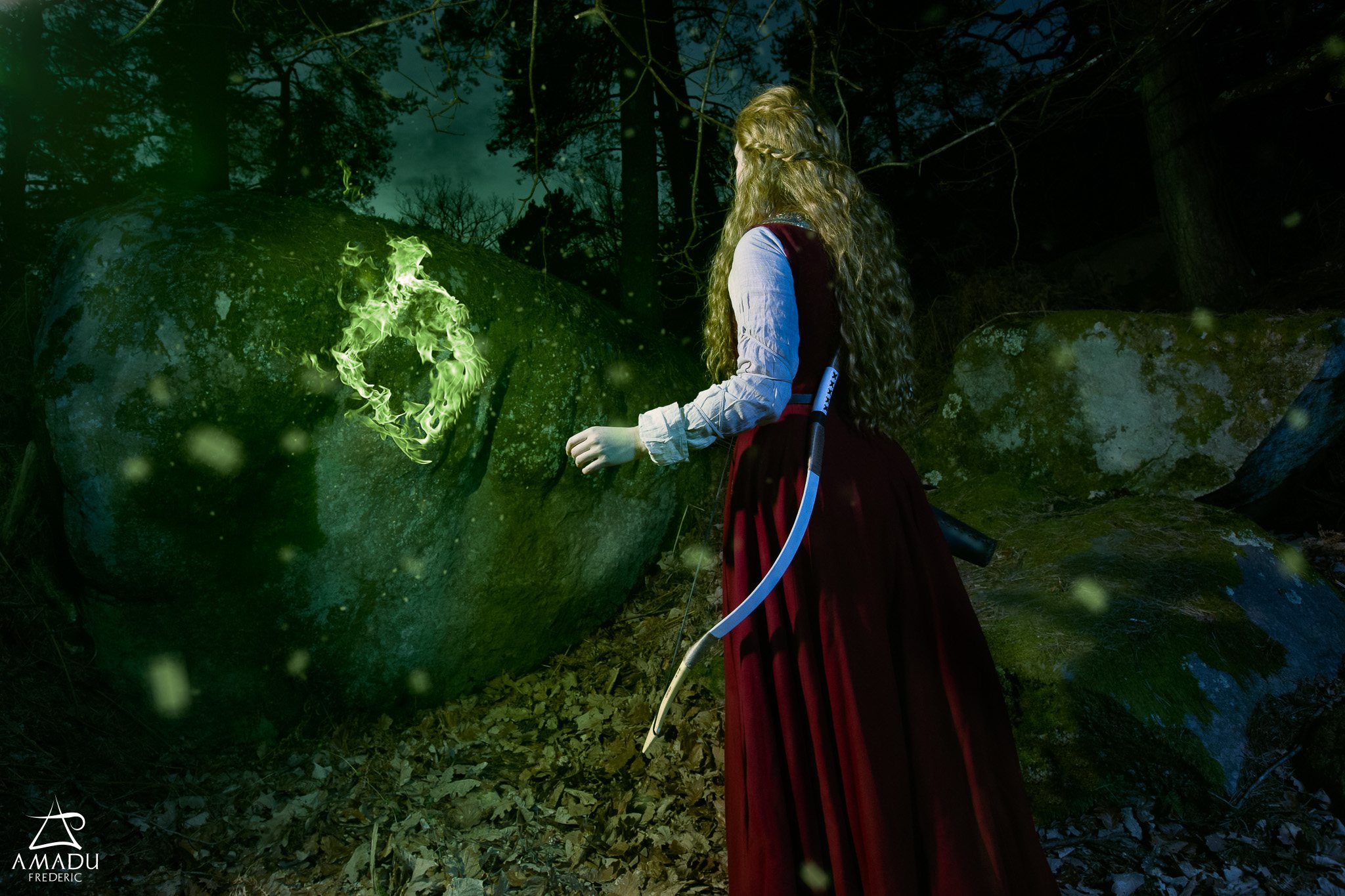 I hope you had fun reading this, but you know what they say, a photo is worth a thousand words, and there are 24 photos a seconds in a video ;)

Are You Brave Enough To IR-ize Your Camera?
« Sigma 85mm f/1.4 DG Art Lens may be coming as soon as September
Man takes selfie with walrus, pays with his life »