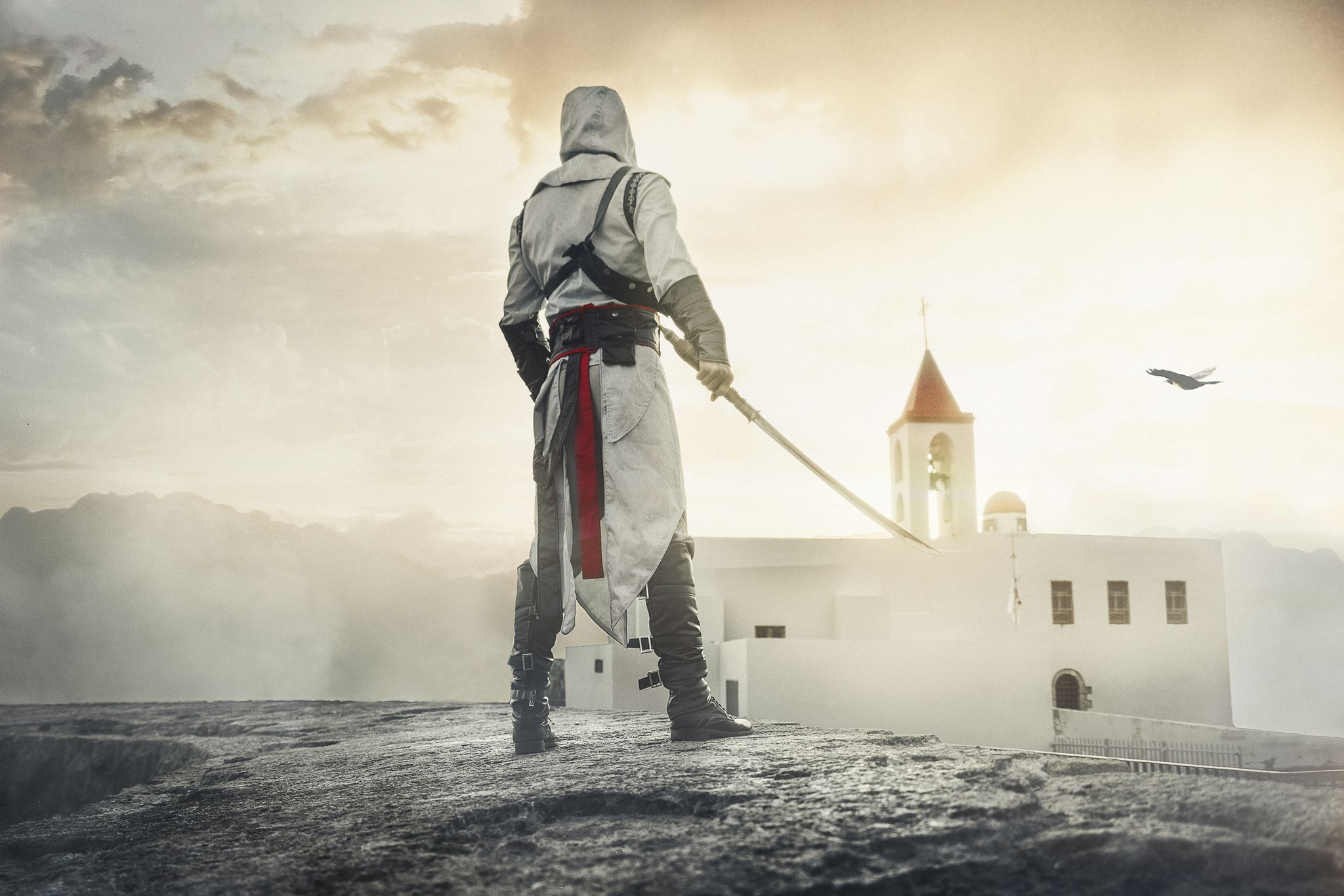 Bringing something to life is always exciting for me.

One of my friends was playing Assassin’s Creed and I caught a few seconds of the game. (Then minutes…, then hours…). I immediately fell in love with the characters, and we got into an Assassin’s Creed conversation. After a few minutes of talking, my friend told me that the map for the first game was made from the ancient cities Acco and Jerusalem.

I got hooked! I knew that I have to make Altaïr Ibn-La’Ahad come alive through my photography. 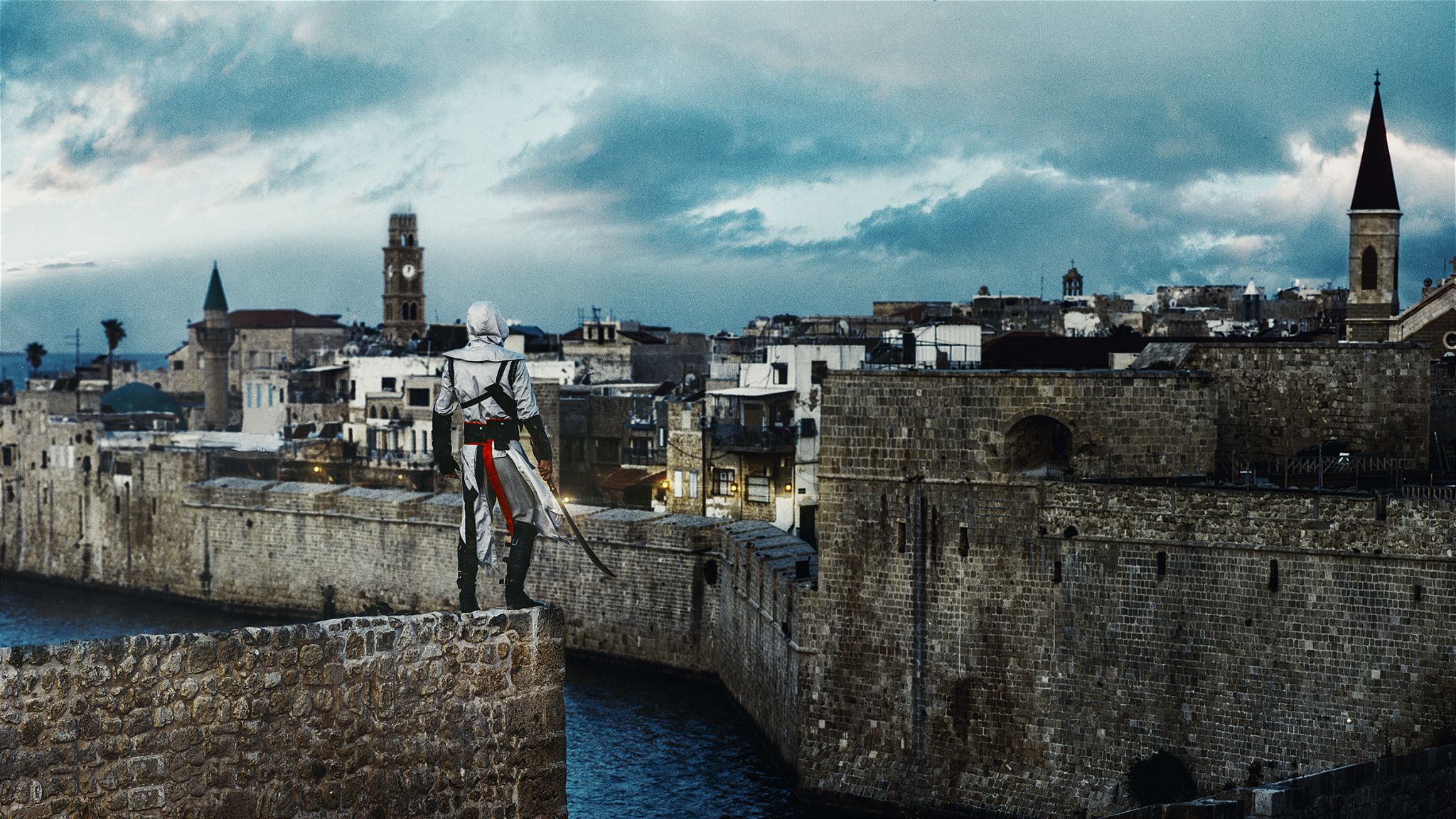 I looked for an Assassin’s Creed costume and found one on ebay (its amazing what you can get for $150).

I wanted to get this large format depth of field and went analog. I decided on a Linhof 4X5 large format camera and Kodak portra 400 film.

The Linhof has no sync port so we had to rely on natural light. That meant that we had to be precise both on location and light.

A week before the photo shoot we went to Akko for location scouting. It was so difficult because most of the old city of Akko was renewed in recent years and there aren’t many locations left that actually look old. We did manage to find a nice spot though and decided on early shooting to use soft natural light and avoid the need for strobes.

On the shooting day we woke up at 4am to make it to Akko before sunrise, and to have enough time to get organized before the first shoot. This is why scouting is so crucial. 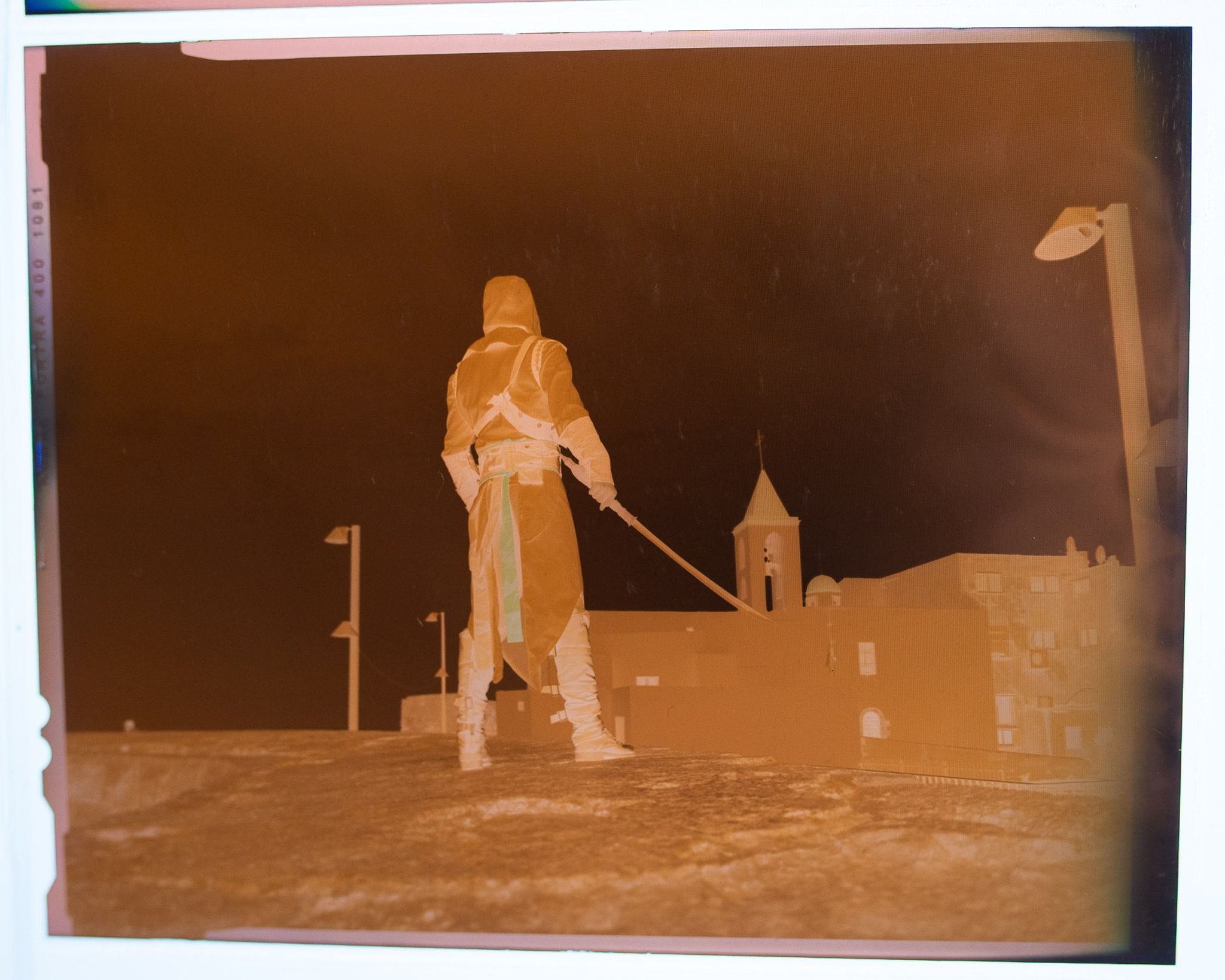 After developing the film and scanning it, I started post processing.

I wanted to give the photos a dramatic look, have somewhat of an anticipation in them, like something is just about to happen.

I replaced the sky with a more cloudy one (no amount of scouting in the world will put clouds in your shot if the weather gods are not in your favor) and had to clone some satellite dishes and air conditioner engines of the rooftops. 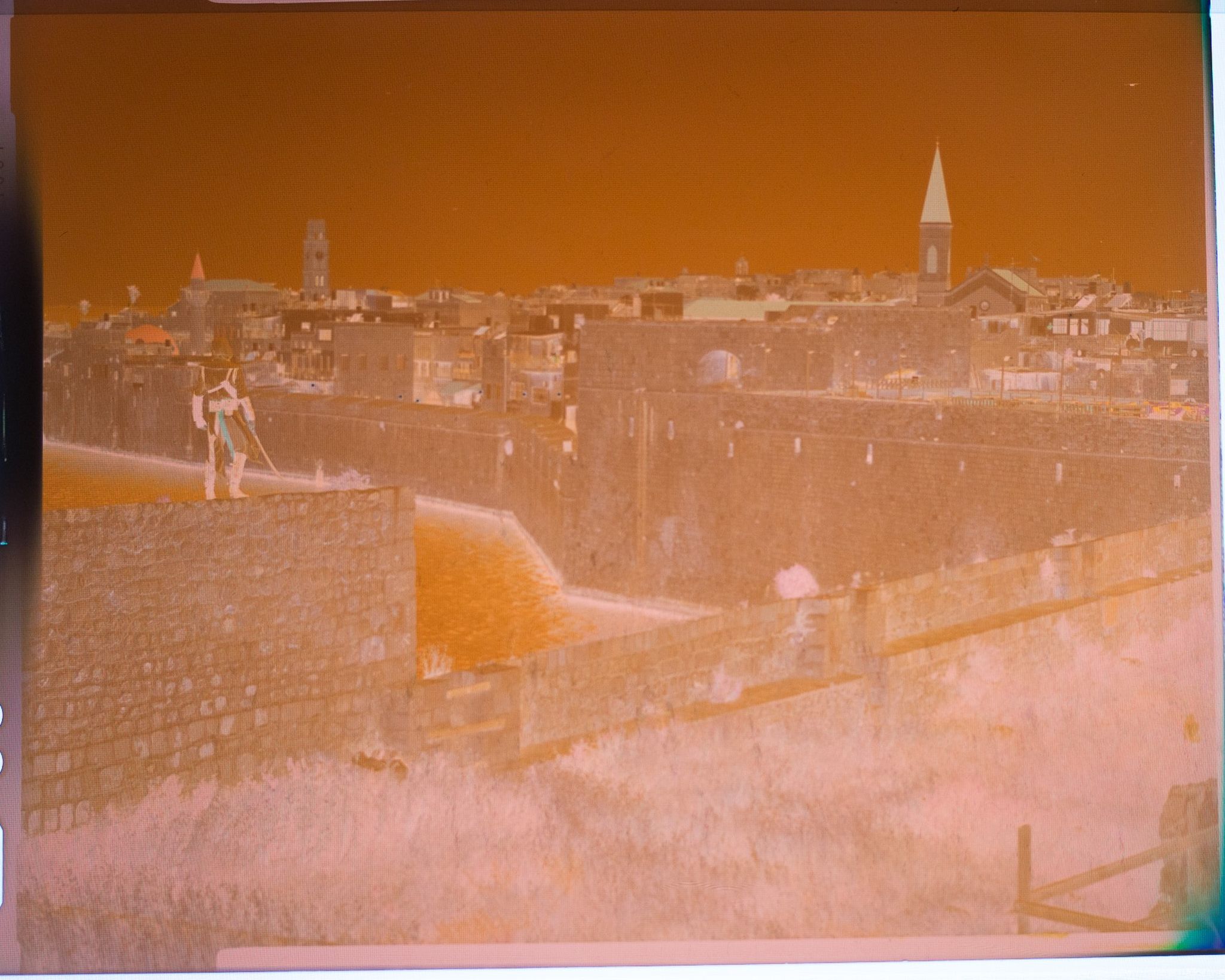 I then added a few layers of coloring and used a VSCO preset on camera raw.

I wanna give special thanks to Dan Kovler who played Altaïr, and to  Edan Shister, Dima Haver and Leon Yakobov for helping me out that day.