The heart of DIYP is about creating much from little, using what is on-hand or can be cheaply fashioned to achieve quality results. That is exactly what this post is about. Not gun control, not gun rights, or even the timeless tradition of hunting. As we know, there is no better way to send a conversation with an American into verbal bloodshed than by mentioning the Second Amendment, socialized healthcare, or the fact Tampa Bay actually has an NFL team. 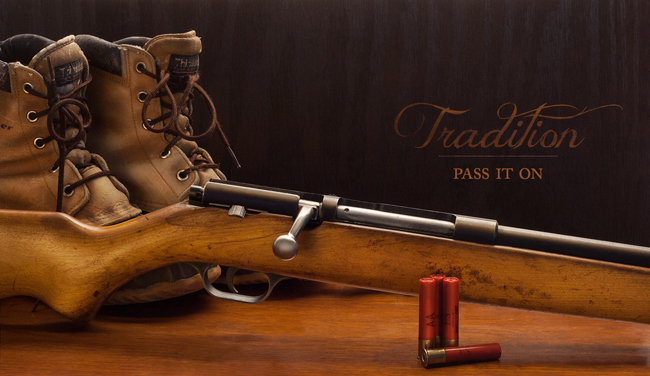 I attribute a great portion of my rekindled interest in photography to the late Bill Simone, a phenomenal commercial photographer whose work for one of my previous employers was dynamic and emotive, especially to a young adult whose previous exposure to photography had primarily been relegated to a 35mm camera. Some of my favorite images from Bill were simple, single-light setups that seemed to draw the viewer into the photo, and they looked great in a glossy catalog!

New photographers so often want to jump into multi-light configurations with more strobes than a Belgian dance club, but there is something to be said about the simplicity and beauty of single-light images.

I’m currently working on pulling together a creative shoot with a client who manufactures and sells custom tree houses geared largely towards hunters and outdoor enthusiasts. After a recent conversation with them, and bearing in mind the current hunting season in our state, I was struck by the idea to throw together a little inspiration of my own.  I wanted the image to be warm and sentimental…almost…timeless.

Not being the patient type when hit with an inspiration, I wasted little time in trashing my office while turning it into an impromptu (and cheap) photo studio. 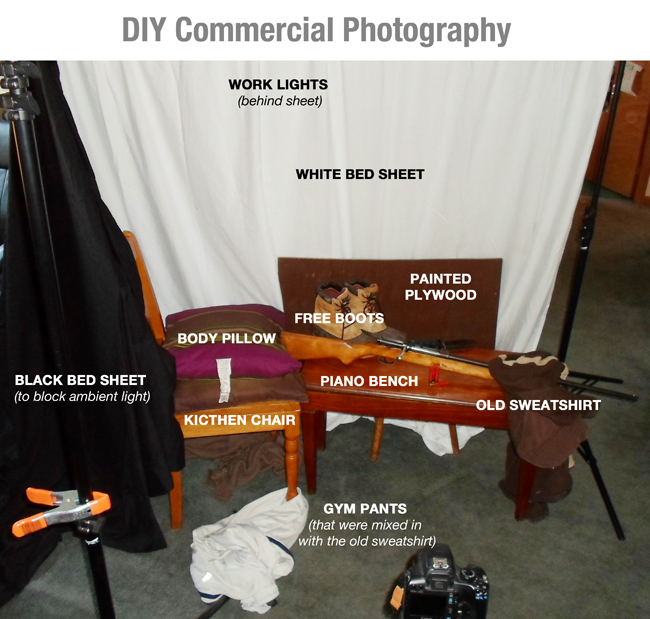 Think it looks crappy? Well, that’s because it was. Abso-friggin’-lutely nothing aesthetically appealing about the setup.

After playing with camera angles a bit with a 50mm lens affixed to my still-cheap Canon Rebel XS body, I settled on one that looked right and mounted the camera to a tripod, dialing in at f/18, 0.6 second shutter, and 400 ISO.

I shot four frames (using the 2-second camera timer since my shutter remote is AWOL), using the gold side of a 42” eBay reflector to block ambient light and bounce some warm hues onto various portions of the configuration. Of course, you can always make your own reflector, too. 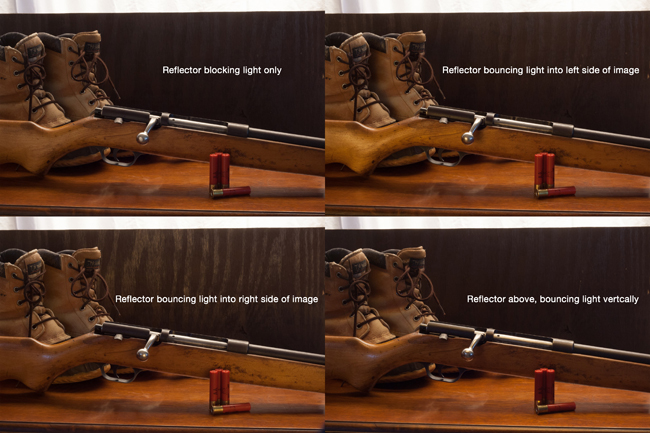 After importing into Lightroom, I exported the frames I wanted into Photoshop. Making sure all layers were aligned properly, I began painting the bits and pieces I wanted from each frame onto the base image. From there, it was simply a regimen of cloning and healing to remove unwanted elements (such as blemishes on the piano bench), extensive non-destructive dodging and burning, and wrapping up with high pass sharpening and the adding of text.

The end result was this image, communicating heart and sentiment, a feeling of handing down something great from one generation to the next. It was an image created with trash to embody treasure.

DJI “Mini SE” drone pops up at Walmart – but is it really a new product?