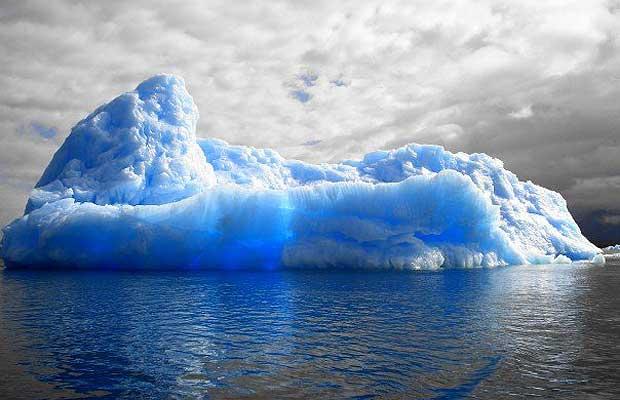 In 2006, Sarah Scurr was a still a student, studying abroad while working on a languages degree in Santiago. While on a visit to the nearby San Rafael Glacier, Scurr took the image you see above from the tour boat. Scurr had tucked the photo away until she moved to the UK several years later. Pleased with how her glacier photo came out, she entered into a contest hosted by The Telegraph. The photo made it into the final rounds and was considered by to be one of the top contenders. Scurr was pleased with the success of her image, but didn’t put much more thought into it as she carried about her life.

Flash forward to January 2015 and Scurr’s glacier photo makes a surprise reappearance in her life in the way of a copyright infringement claim. Chilean reporter, Marisol Ortiz Elfeldt, posted on the Telegraph’s Facebook wall,  informing them, she was the person who took the glacier photo, not Ms. Scurr. Elfeldt added her copy of the photograph on the Facebook post in an effort to prove she was the copyright holder. Before long, Scurr started receiving harsh insults and was being accused of theft by individuals on Facebook that she had never even met. 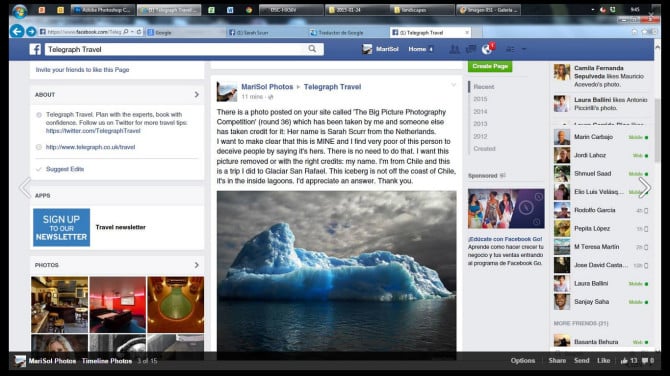 The Telegraph contacted Scurr asking about the allegations. Scurr and Elfeldt, both, provided the publication with original, unedited copies of the photo they both claimed to take. The Telegraph looked at the EXIF data from each of the women’s original photos and determined they were taken on the very same day. They also noticed a very slight difference in perspective. A difference they determined to be caused by a moving boat. As it would turn out, the two women had been on the same tour boat, on the same day, and snapped nearly identical photos of the iceberg.

“As incredible as it may seem, it looks like Sarah and I shared the same boat while visiting the glaciers in 2006. Once I saw the picture, which looks exactly like mine, I really thought it was the one I took that day – but it seems that she actually was there, right next to me, clicking almost at the same time.” Elfeldt told the Telegraph.

Scurr graciously responded to the findings, saying “It’s a bizarre coincidence and I’m surprised it doesn’t happen more often. You’ve got hundreds of people staring at landmarks or landscapes, all taking the same picture on their smartphone or camera. Hopefully, should anyone else find themselves in the same position, they will think twice before making public accusations. I’m delighted they’ve been proven to be false – I’m not a plagiarist.” [ via The Telegraph ]