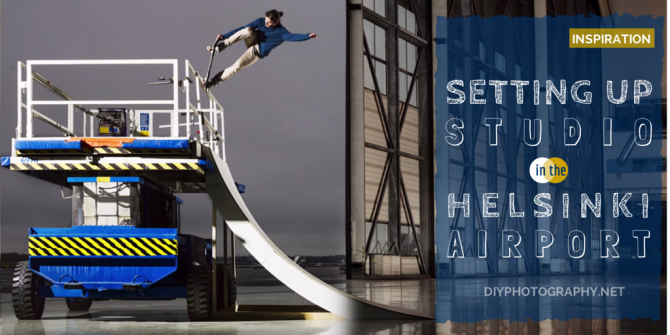 For Arto Saari, the world of professional skateboarding feels a lot like home. Saari, an accomplished skateboarder, has a deep history in the sport and one which is decorated by numerous world championships. As a young star, Saari worked hard throughout his youth to establish himself as one of skating’s biggest stars and now his passion for skating has encouraged the athlete to branch out and enjoy the sport from an all new perspective as a photographer.

Saari was afforded the opportunity of travelling to Helsinki this past October to photograph 7 skateboarders from all around the world. The talented skaters won the opportunity to skate for and be photographed by Saari, their role model, in a competition held earlier this year by Finnair. 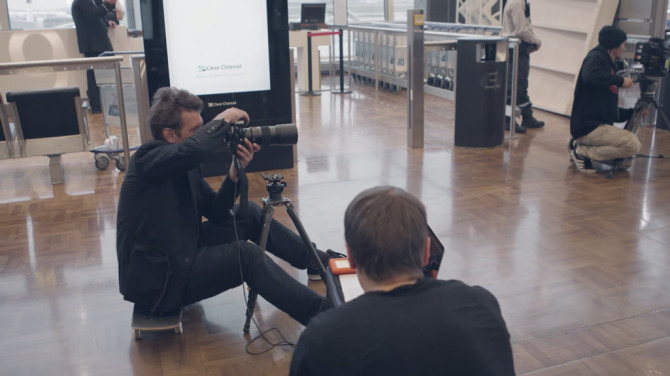 Thanks to the connection with Finnair, the photographer and his team of skaters had the once in a lifetime opportunity to set up studio in the Helsinki Airport to which they were granted special access for the photoshoot. In the image above, you see Saari and his film crew photographing the skaters as they shredded their way through the airport terminal which had been closed off to travelers while the photoshoot took place. They also had access to runways and terminals, where they were able to build ramps all the while incorporating recognizable elements of the airport.

It’s a pretty epic idea and the behind the scenes footage is a perfect example of why a photographer should always shoot what they love. It’s apparent in Saari’s images how much of an understanding he has of the sport, not to mention the passion that drives him to eat, sleep, breathe, and photograph skateboarders. Take a look:

« What Is “Psyphotology” And How Can You Use It To Your Advantage?
Meet Carlos Naval: The 9 Year Old Prodigy Recently Crowned Wildlife Photographer Of The Year »