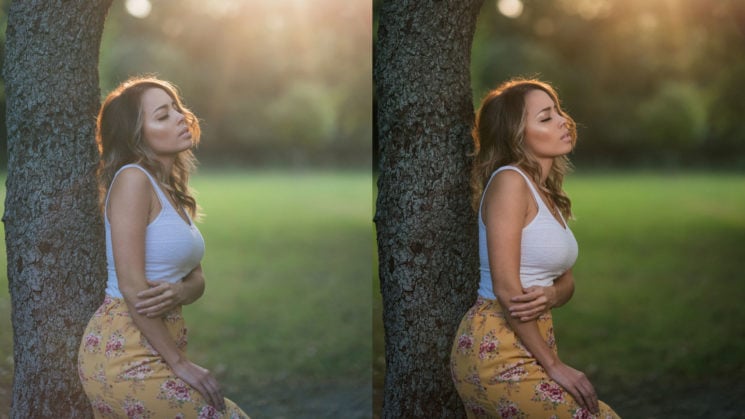 Before the proliferation of speedlights and portable strobes over the last few years, people always asked me why I’d take flash out in the daytime. It was often difficult to formulate an answer that they’d accept. They never really “got it” unless I took them on a shoot with me so they could see first hand.

This video from photographer Manny Ortiz embodies the answer in my head, though. Essentially it’s about having options. Sometimes the natural light will give me exactly what I want, and sometimes it won’t. In the horrible British weather, for me it’s more often won’t. So, I take flash with me.

At the beginning of the video, Manny shows a simple demonstration. An all natural light shot, exposing for the subject’s skin. 1/320th @ f/1.4 and ISO100. A very nice natural light shot. He then knocks the shutter speed up to 1/500th of a second, keeping the other settings the same. This underexposes the shot by 2/3rds of a stop. The skin tone is now darker, as is the rest of the shot. Adding flash in a softbox brings the subject’s brightness back up to an adequate exposure. 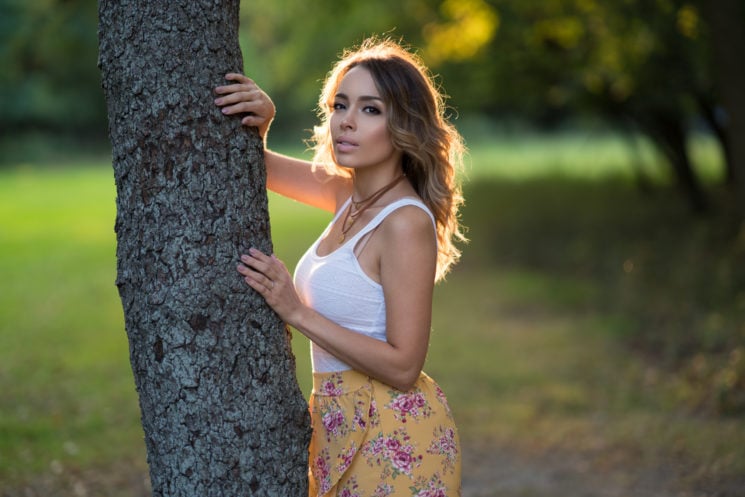 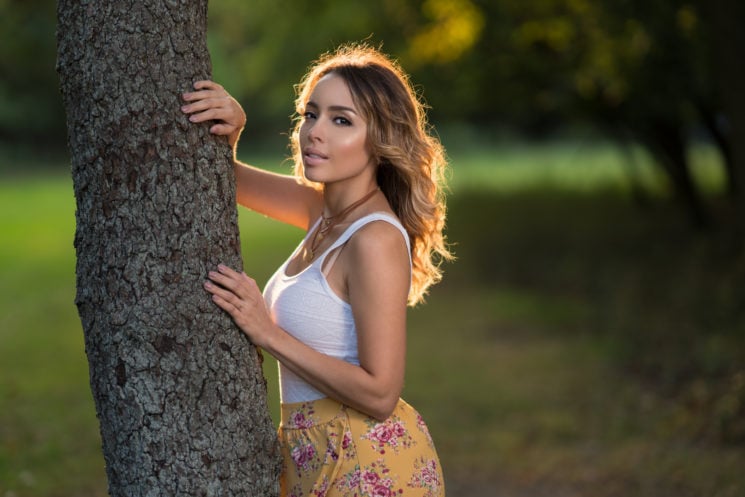 For Manny, the flash shot wins out. But it’s not always the case. In this example, he did basically the same thing. Although this time, the natural light shot gave him exactly what he wanted, whereas the flash shot did not. 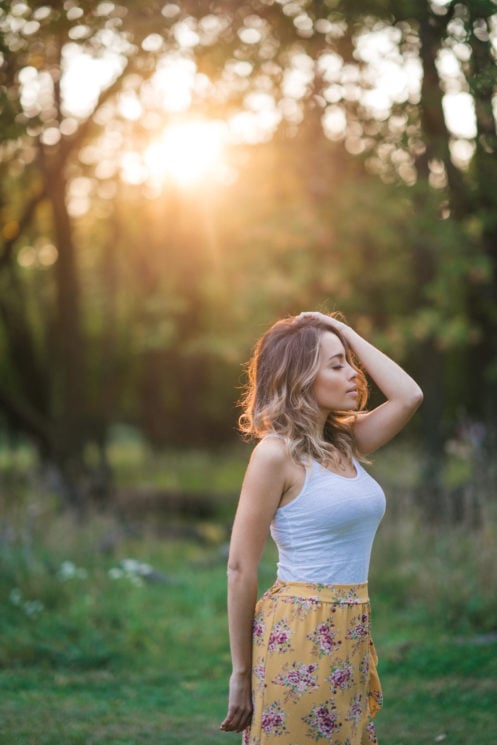 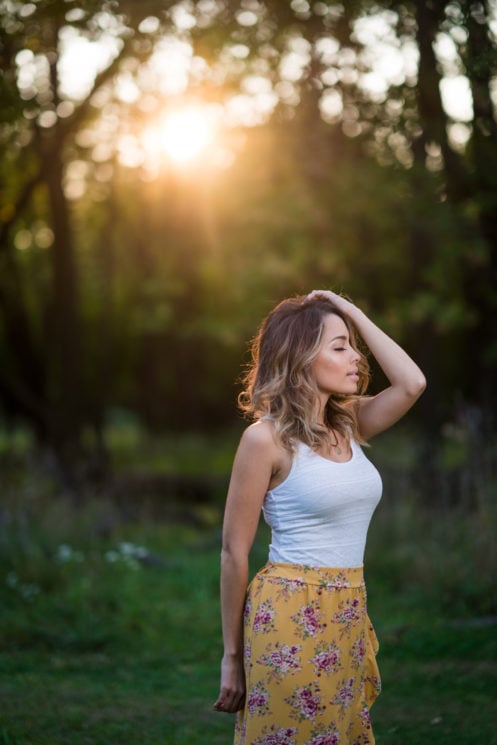 Pros and cons of natural light

The biggest pro of shooting natural light is that you can carry minimal kit. All you need is one camera, one lens, and you’re good to go. This is how I almost always work when I’m shooting film. Occasionally I work natural light with digital, too, even if I’ve taken flash to the location. It’s a lot easier to move around from place to place if you don’t have a ton of gear. And you can react more quickly to the changing light if you don’t have to move stands or swap out modifiers.

As Manny says in the video, too, if you’re shooting in busy or popular locations, you draw less attention to yourself. You can just stop where you’re at, get a few shots, then move on to somewhere else.

But the problem with limiting yourself to only natural light is that there are elements beyond your control. It limits when you can shoot during the day, and where you can shoot. If you’re shooting along a river with the sun high in the sky at noon, either you’re going to have a backlit silhouette, or you’re going to blind your subject and get black shadows. If it starts raining, you don’t often have enough light to shoot indoors.

Pros and cons of flash

The biggest pro for flash is that you get absolute 100% control over your lighting. Whether you completely kill the ambient light in the studio, or combine it with natural light outdoors, you’re in charge. You can get the light to look exactly the way you want it, at any time of day, and in almost any weather conditions.

It offers a lot of creative control and freedom that you wouldn’t have with just natural light alone. You can also get consistency from shot to shot throughout the day, or even on different days, more easily. And if a location shoot does get rained off, you can setup a studio indoors pretty much anywhere.

The big drawbacks of flash, though, are the cost and having to carry all the extra gear.

Off the top of my head, I couldn’t tell you how much I’ve spent on lighting gear over the last decade. And I wouldn’t want to try to work it out, either. It doesn’t have to be expensive, it all depends on your own needs. You could start off with a $70 speedlight, and it may be all you ever need. Or you may end up spending a small fortune on several battery powered strobes, and associated doohickies.

And that’s all equipment you’re going to have to carry, too. It’s not just the lights themselves. It’s the modifiers, the stands, maybe sandbags (or other methods of securing your stands), spare batteries, bulbs if you use strobes, and so on. When I go on location shooting with flash, I’ve usually got 3 bags of gear with me. One for the cameras & lenses, one for the lenses, and one for the cables, stands and modifiers. Unlike Manny, though, I often have an assistant to help out.

I’m might step dangerously into rant territory with this bit, but here goes.

There’s a lot of stigma attached to the use of flash, and also with choosing not to use it. Some feel that using flash is “cheating” or that they simply don’t like “the look of flash”. The other side of the argument is that “natural light photographers” are lazy, that they can’t be bothered to learn flash. Or that they aren’t smart enough to understand it.

In my opinion, both side of this “there can be only one” debate are asinine. None of the arguments are valid. There are advantages and disadvantages to both methods, and it’s always best to understand both. Because once you truly understand light, you’ll realise that the only good light is the one that gives you the shot you want.

Also, newsflash, there is no “look of flash”. There’s only good light and bad light. The flash only does what you tell it to do. And it’s not all that difficult to make artificial light look like natural light if you really want to. Same as natural light. That can look amazing or awful, too.

Insulting somebody’s intelligence or accusing them of “cheating” is not the way to win a person over to your side. So, learn and try both or just learn and use one, and shoot what’s comfortable to you. Quit worrying about how other people shoot their images and telling them what to do.