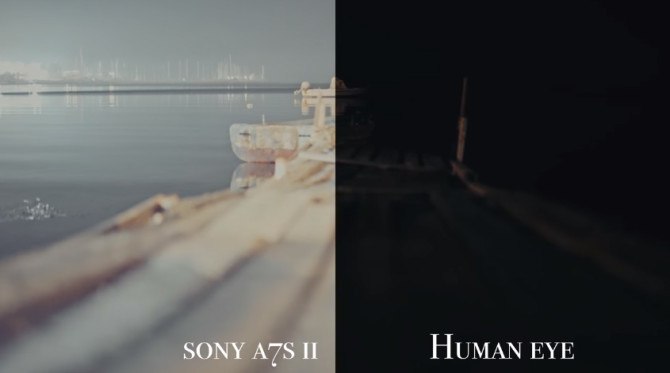 The Sony A7SII is a marvel of low light performance. With native ISO of 100-102400 it rivals military grade night vision. Youtube user VideoArt GR created a video comparing what we see with the naked human eye vs. where we can go bumping the ISO of the A7SII. The test was made with a Rokinon 50mm t1.5 cine lens at an ISO range of 64.000- 160.000 (the last shot went up to 256.000), and no noise reduction was added in post production.

When asked how the human eye shots were taken, VideoArt GR responds that he

just took the same shots with the same camera but with iso 1600 and shutter speed around 100-200 that was the setting to mach in what my eyes can see. Then I used those shots as a reference in post to stop down the exposure of the higher iso shots in the same level like the reference videos

Here are some samples that show how big of an difference the Sony makes: 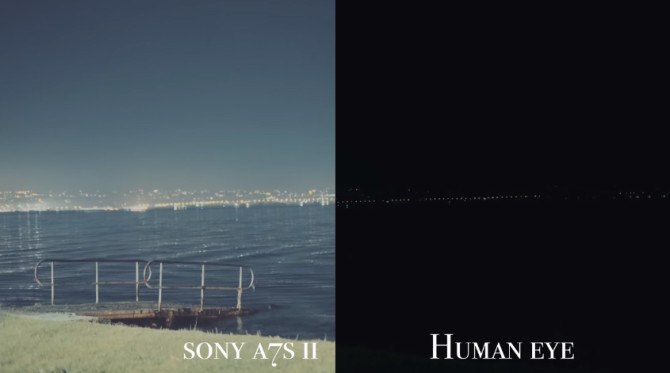 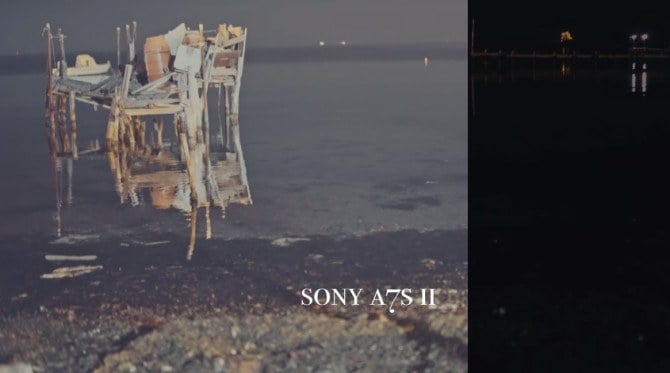 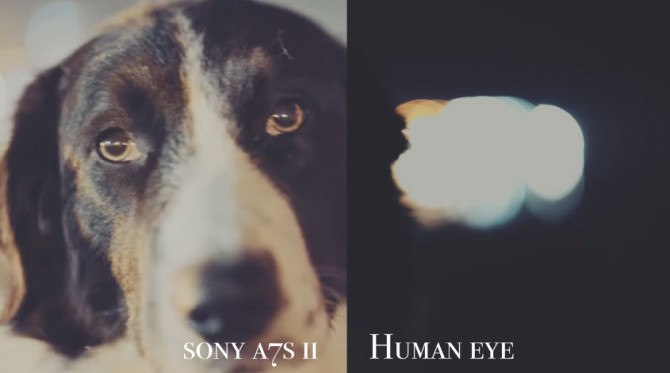 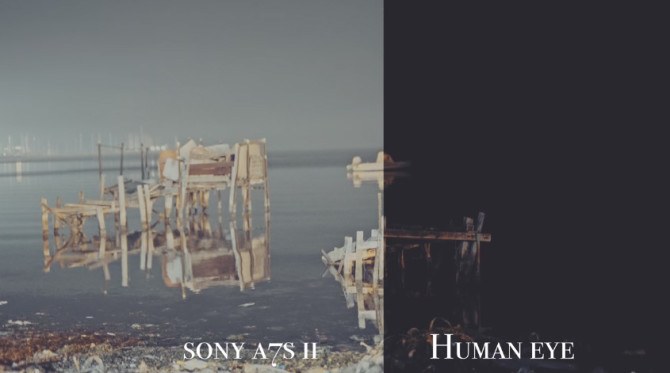 What is the resolution of the human eye? Well, it’s complicated