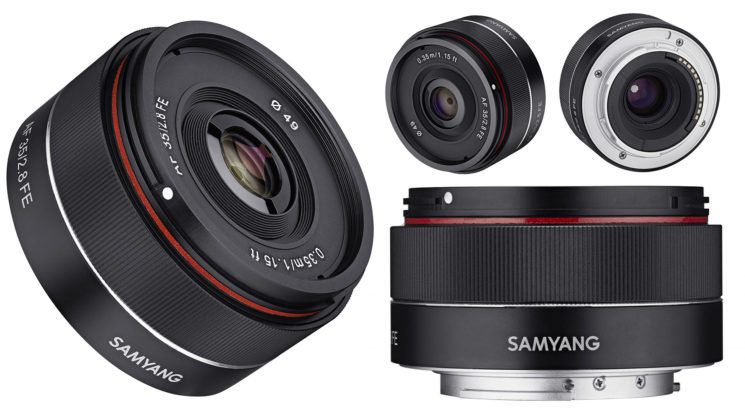 Samyang have added another lens to their slowly growing autofocus lineup. They’ve announced a new 35mm f/2.8 FE lens for full frame Sony mirrorless cameras. And, on paper, it looks like it might be able to compete with the Zeiss 35mm f/2.8, but at well under half the price.

Adding to the 14mm f/2.8 FE and 50mm f/1.4 FE, this brings the Samyang autofocus range up to three lenses. Samyang’s range of manual focus lenses has been rather impressive. So, it’s not much of a surprise that they seem to be putting the effort into their autofocus lenses. They’re playing it smart, too. Slowly building up the autofocus lineup, rather than trying to rush a complete range out of the door all at once. 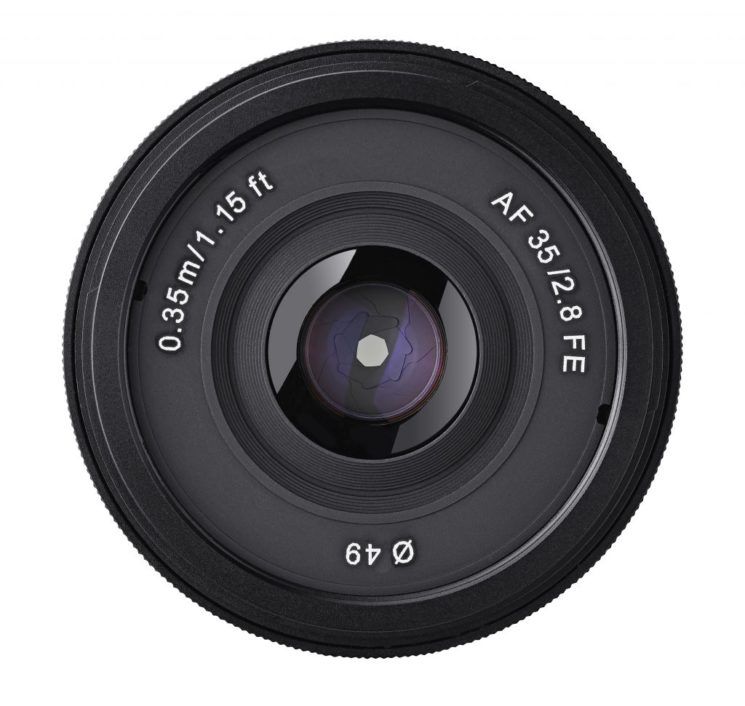 A tiny lens with a mighty performance, Samyang AF 35mm F2.8 FE is ideal for daily photography as well as travel photography.

The AF 35mm F2.8 FE weighs just 85g and measures 3.3cm in length, without the hood and rear cap. Thanks to Samyang’s exceptional optical technology, its compact size is packed with features for outstanding image quality.

The lens contains 7 elements in 6 groups, contains 2 aspherical elements and one “High Refractive” element. It has an aperture range from f/2.8 to f/22 with a minimum focus distance starting at a mere 35cm (1ft 2in). It has a 7 aperture blades and a front filter size of 49mm. 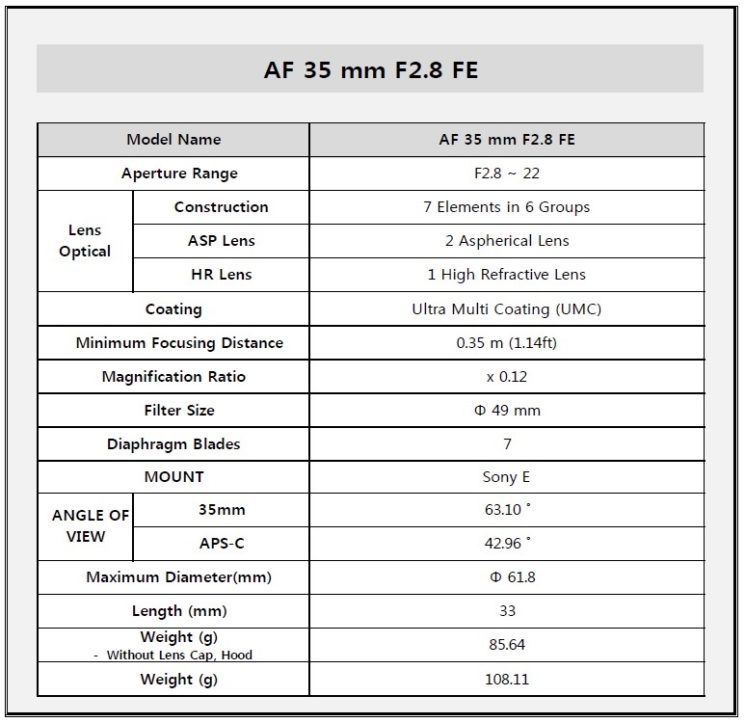 What’s quite impressive, at least on paper, is that it appears to keep up quite well with the Sony Zeiss Sonnar T* FE 35mm f/2.8 ZA lens. User Le Minh over on Sony Alpha Rumors posted a comparison of the MTF charts.

He notes that the Samyang looks weaker in the corners, but that “the mid-zone looks even better than the Zeiss”. What’s even more astounding is that it manages to do it at well under half the price. The Zeiss lens is currently $798. The new Samyang lens, on the other hand is expected to come in at only $299. 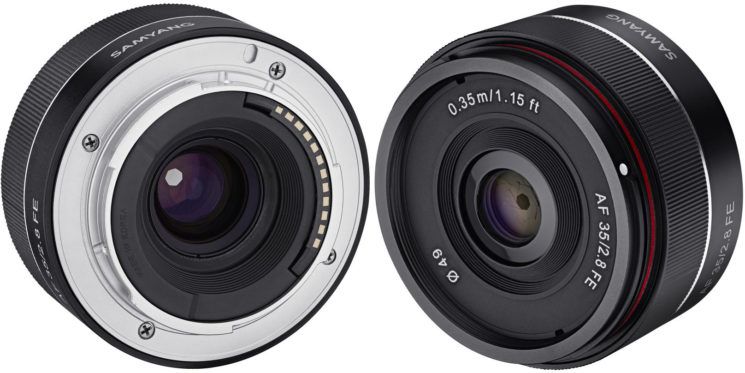 There’s been no official statement on a release date yet, although sources suggest that it will ship in July. Pre-order links also aren’t available anywhere yet, but the price, as mentioned, looks to be around $299.

It will be interesting to see if it performs as well in the real world as the charts would suggest. You can bet it won’t be long after release before we start to see comparisons being tested.