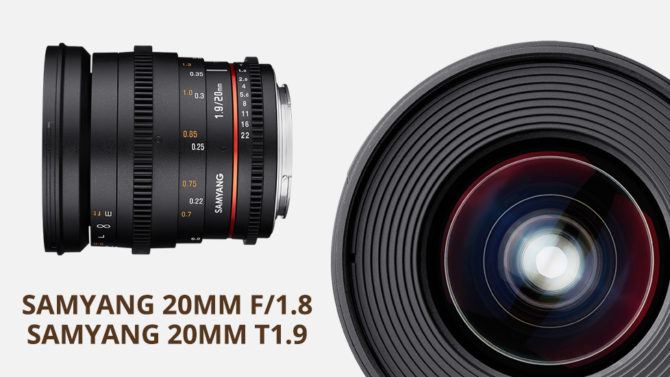 Internally, both lenses have the same makup of 13 elements in 12 groups with 2 aspherical elements. Their differences are primarily on the exterior. This affects both their appearance as well as their weight, glightly.

The f/1.8 stills lens sports a familiar comfortable focusing ring. The T1.9 cine lens has a rack for connecting with a follow focus. Both lenses accept standard 77mm threaded filters. They also come in a variety of mounts. These include various mounts from Nikon, Canon, Sony and Fuji, as well as others. 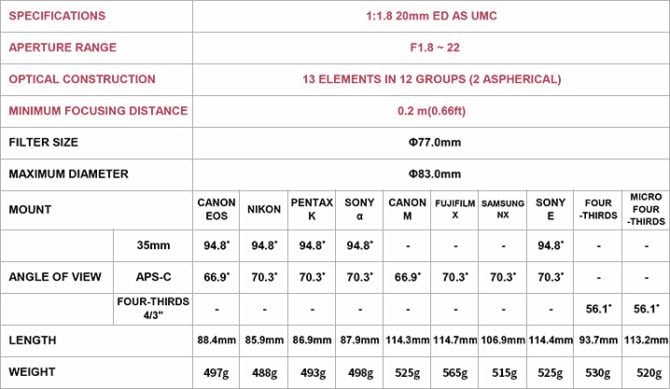 Both lenses are manual focus, but unlike their previous 35mm f/1.2, this lens is actually full frame. It has a very close focusing distance of a mere 20cm (around 8″).

They have a circular aperture with 7 blades. Samyang say that the T1.9 cine lens has a de-clicked aperture ring, but doesn’t specify one way or the other about the f/1.8. This would lead me to assume that the f/1.8 lens has a standard clicking aperture ring to denote increments.

It’s an interesting one, though. Nikon and Sony both already have 35mm f/1.8 lenses. Sigma has a 35mm f/1.8 that Canon and other shooters can use. Those lenses also all have autofocus. So, this doesn’t seem to be much of a ground breaker compared to Samyang’s previous announcements.

Still, it will be interesting to see how this performs and compares against the competition once it’s a bit more readily available.

Which is your favourite of Samyang’s new lens announcements so far? Are you thinking about getting any of them? Or are you happy with the lenses you have? Let us know in the comments.