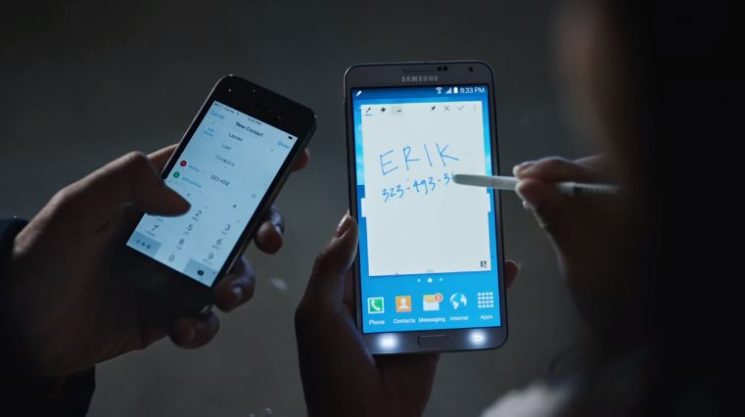 The competition between Apple iPhone and Samsung Galaxy has lasted for years. Now it’s shown in Samsung’s new ad titled Growing Up. In this ad, Samsung mocks the competition with iPhone, and naturally, displays Galaxy as superior in several aspects – from screen size to water resistance.

The ad starts in 2007, when the first iPhone was released, and goes all the way to 2017. Samsung compares to iPhone in several categories, and as you can imagine, it always wins. Finally, the “iPhone guy” from the ad “upgrades to Galaxy,” as the end of the ad reads. From the title, I guess they wanted to say he grew up.

Personally, I’m not a fan of ads that mock the competition. I think it’s a bit tacky, and not to mention that Samsung wasn’t all perfect throughout the years. To be honest – I’m not even sure advertising this way is allowed. I remember that Pepsi vs.Coca-Cola ad from ages ago that mocked Coca-Cola, which ended up being banned.

Still, according to the comments from YouTube users, people loved this iPhone vs. Galaxy ad. It’s even on the trending list, so I guess this type of advertising works for many people after all. What do you think of this ad? Is it a good move?

[Samsung Galaxy: Growing Up via PetaPixel]