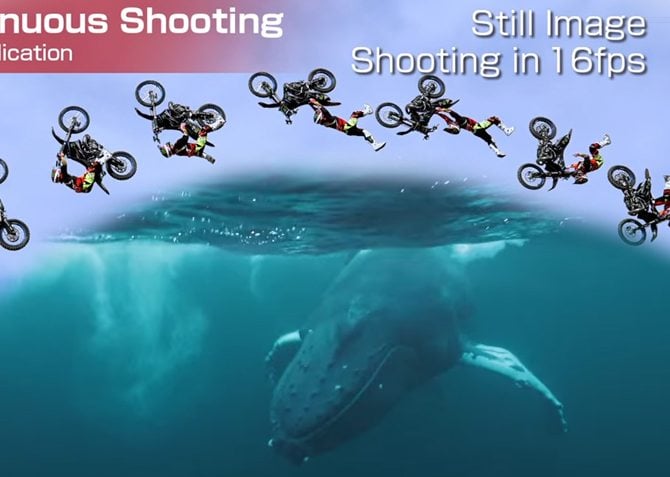 This 9-minutes video goes over the new features, compares the new camera to the 1D X, sheds a bit of light on the video specs and pretty much explains why you’ll want one of these bad boys.

Oh, and there’s also a little poke at the 4K capabilities of Nikon’s D5.

We’ve also rounded up a few of the other videos online showing off the capabilities of Canon’s new monster.

First up is B&H’s first look at the 1D X Mark II. Other than listing the new additions, Wasim and Brent go into more details about some of them. For example, Wasim explain why the new 61-point AF is a lot more powerful than the previous 61-point AF system, and Brent reveals some of the tech specs regarding the camera’s video recording options.

While going over the advantages of the new CFast memory card compatibility, Brent also makes sure to mention that 4K video recording is not limited, unlike the D5’s 3-minute limit, and is basically only limited by the card’s capacity. Well, that that the 29:59 minutes limit…

Giving us a better look at the camera’s 4K video capabilities is Canon Master Abraham Joffe.

Joffe put the 1D X Mark II through its paces in some extreme conditions over in Norway. Luckily the rugged camera survived everything he threw at it, and we get to see some amazing 4K footage (including low-light underwater footage of whales!)

Another example of the video capabilities (and other cool features), this time shot it Full HD mode, is the behind-the-scenes of the making of “FREEDOM”. It shows the advantages offered by 4K video, along with a neat demonstration of the 120fps slow motion feature, continuous autofocus, using the thouchscreen, and many more: