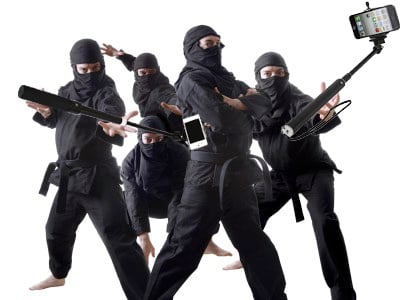 Tourists all over the world are especially susceptible to robbery, but while a selfie stick with an expensive phone attached to it might make them stick out like a sore thumb, it could now be used to protect them.

Instructors at the M-Profi martial arts center have started training people to use the infamous sticks for more than just profile photos, and strangely enough there’s quite a demand for the classes.

The center’s spokesperson Daria Lapshina explained the demand stating that tourist attacks have become common in many countries and that the only means of self-defense they always have with them is the selfie stick.

Following the demand for such a course from travel buffs, the center began looking into the matter and was surprised by what it had found.

“We found out that a new trend in self-defense is taking place around the world. It is currently called ‘MPD-Fight,’ short for ‘monopod fight,’” Lapshina told the M24 television channel.

The gist of the selfie stick martial arts can be taught in just 15 minutes, according to the instructors, so I assume students should be certified selfie-ninjas by the end of the 5-session long course.

Upon successfully completed the course you should be able to defend yourself against “the representatives of all kinds of martial arts – boxing, wrestling, MMA, and others”, but I’d advise against putting that statement to the test.

Ynet adds that the classes are supported by a group called the ‘Safe Selfie Union’, which I’m guessing is related to the ‘Safe Selfie’ campaign Russian authorities launched earlier this year.

The big question is this – should a person be attacked and use the newly acquired technique on his attacker, can he say it was done in selfie-defense?

Reality Check for Millennial Arts Students Looking for a Job

« How Social Media Is Destroying Our National Parks
Instagram Lays Down the Banhammer on 3rd Party Apps, Minimizes API Access »