Olga Shirnina, also known as Klimbim, is one of the leading colorization artists who gives new life to historic images. However, her work has been banned from Facebook and Instagram several times now. Since September last year, her accounts have been suspended multiple times for posting images that depict “dangerous organizations.”

Although Shirnina is well-known for her colorization work, she is not a photographer. She is a professional a German-Russian translator, but she is passionate about history and enjoys colorizing historic photos “purely for pleasure.” If you visit her Instagram or Facebook page, you will see that she only shares photos with short description and credits, without any comments or sharing any political opinions.

As Shirnina told RFE/RL, her Instagram account first got suspended in September 2019. She shared a colorized image of senior Nazi leaders, and it was flagged for “violating community guidelines.” The notification from Instagram warned her that her account could be deleted if she posted similar content in the future.

According to the same source, Shirnina got suspended a few more times over the following months, both from Facebook and Instagram. It culminated when she posted Evgenei Khaldei’s photo of Soviet soldiers raising their flag above the Reichstag in Berlin in 1945. This time, she earned an account suspension that would last “three days,” as Facebook notified her. However, as I can conclude from her post, it took more than three days to get her account unlocked. RFE/RL writes that her account was unlocked only after she posted a scan of her driver’s license so Facebook could confirm her identity.

Community Standards on Dangerous Individuals and Organizations read as follows: 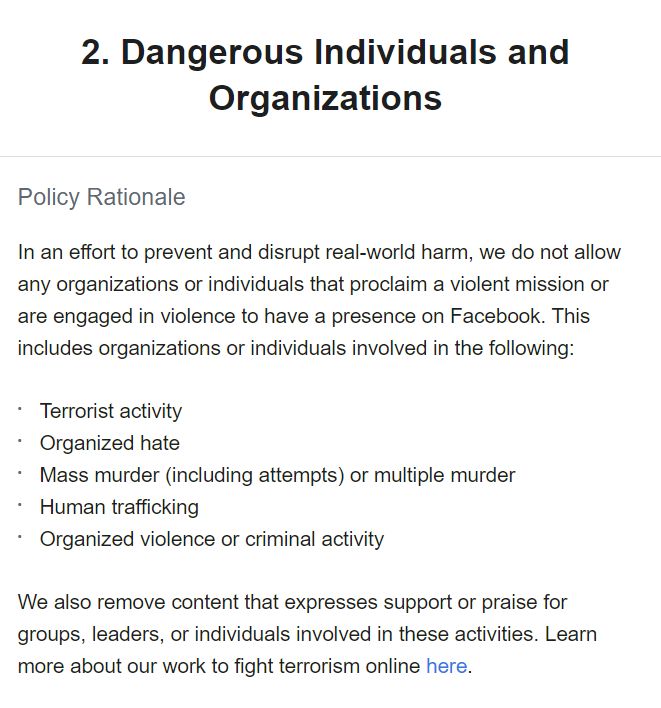 Shirnina told RFE/RL that she was “puzzled” by “the apparent inconsistency of Facebook’s changing rules.” She can’t figure out which images would have her earn a permanent ban from the platform, considering that Facebook really isn’t consistent with its rules. After all, we’ve seen a couple of weird examples before. “I work with real historical photos and they can’t be corrected,” she concluded.