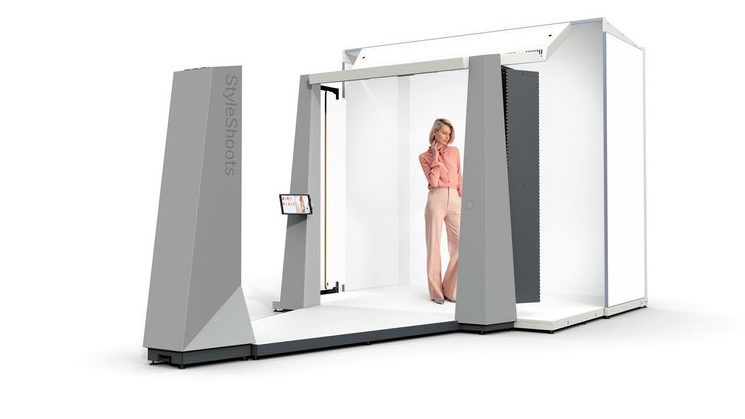 We’re in a world where robots seem to be taking over many of our jobs. I’m not saying whether this is a good or bad thing, it’s just reality. But this one I find to be a little bit strange. Especially when delays on professional photography shoots are usually not down to the photographer this system attempts to replace.

Regardless, in an attempt to apparently try and keep something as efficient as it already is, StyleShoots have launched Live. A robotic photo studio that, in theory, eliminates the need for a photographer or any other crew. Combining depth sensors, lighting rigs, a Canon 1DX Mark II (with a cheap 24-105mm f/3.5-5.6 lens), and some nifty software on the iPad, all you need is a model and stylist.

Their goal, seems to be rapidly generating imagery for the multitude of platforms available today. Facebook, regular Instagram, Instagram stories, digital signage, and scores of others require different formats. And sometimes stills just doesn’t cut it. You need video. They claim that “within minutes”, you’ll get all the formats you need for every platform. Something totally not possible already with a handful of Photoshop actions & Premiere Pro presets.

Given that I’m a photographer, this post might seem like complaining. “Robots are taking our jobs!”. But it’s really not. For a start, I rarely shoot in the studio, and this thing can’t go out on location. But it just strikes me as a solution looking for a problem.

It may become the new “in-house photographer” for huge retailers. Ones that need to photograph thousands of clothing items each year with near identical shots for each. A set of standard poses and lighting setups in rapid succession. But, beyond that, I really can’t see it becoming a major threat. I certainly can’t imagine high end studio shooters being too concerned.

StyleShoots offer leases or you can buy the system outright, although they haven’t published what those options cost. You’ll have to contact them for a quote. I can imagine it’ll be well outside the budgets of most, though.