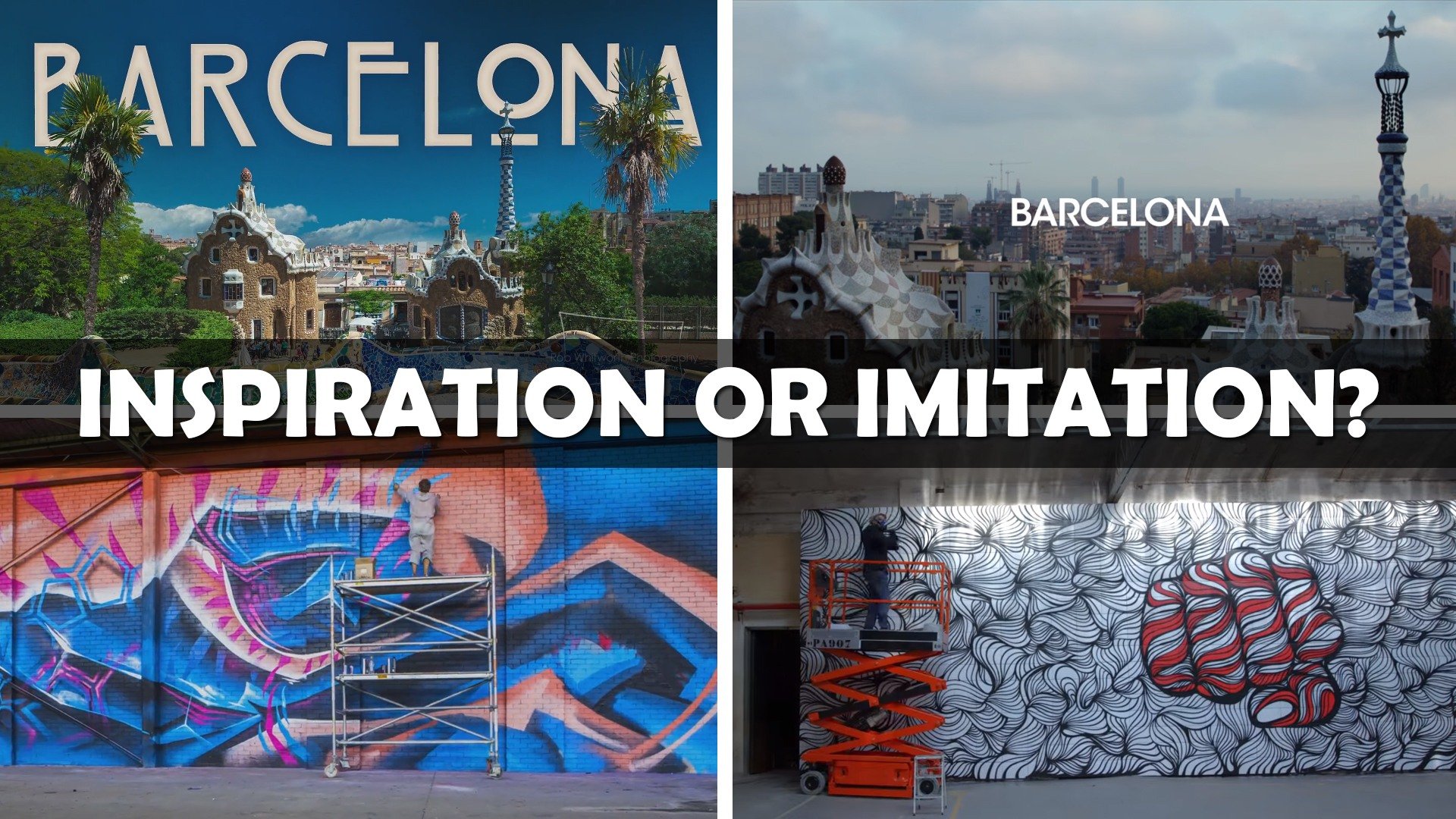 A year after being sued for allegedly copying its Air Jordan logo, Nike is now under fire for its latest shoes campaign starring FC Barcelona’s Neymar.

Rob Whitworth and Selina Miles both turned to Facebook several hours ago sharing their disappointment with the video’s striking resemblance to their own videos, but that’s not all.

While one could usually think it might be a coincidence or argue the point of inspiration vs. imitation, it turns out both artists’ videos were referenced in Nike’s creative brief before the video was even created.

“Pretty disappointed to wake up today to multiple messages from peers and friends about a new Nike commercial that has just been released,” Selina wrote on Facebook. “It bears some uncanny similarities to both my work, and the work of the brilliant Rob Whitworth The worst part is that both of us were asked to treat on the video, but for some reason lost out to a another director”.

Rob Whitworth wrote on his Facebook page that it is “lame” that Nike’s video has a lot of similarities with his Barcelona GO! video and Selina’s Limitless video, without either one of them being involved in it.

Right from the get-go one immediately recognizes Rob’s signature flow-motion technique, but it doesn’t end there.

The first time I came across Rob’s flow-motion technique I knew it was just a matter of time until others figure out how it’s done and follow in his footsteps, but if you’ve seen Barcelona GO! then you might find more than just Rob’s style is being copied.

The very first scene is already similar to Rob’s video, and the similarities continue throughout the rest of it.

Before we continue, here are the videos at hand:

Now compare them to Nike’s video:

“From my side it’s less about the commercial aspect and more how close the Nike video is to the Barcelona,” Rob told DIYP. “Copying content rather than just copying style”.

“It’s really great to see people building on stuff I do, as I did from others,” the urban filmmaker said, adding that “it’s a little different when it’s imitation that doesn’t add or build on a style particularly when used to promote a commercial project”.

Selina gave me her two cents on the matter as well:

“It’s one thing when people reference other people’s work in a personal context at some point in their personal creative journey. This happens all the time and I’m fine with it.

It’s another thing entirely for one of the world’s biggest brands to shamelessly rip off two creatives in what I know was a 6-figure advertising campaign.”

So if Nike liked the work of these super-talented artists so much, why didn’t it approach them to create the video? Well it turns out it did, but they weren’t chosen.

“Both myself and Selina where approached by agencies to make the video. Ultimately a different direction was chosen”, Rob told me in a surprisingly polite response.

Selina confirmed she was contacted by an advertising agency in London with a brief for the project, but after submitting a 15-page treatment document she was told that “the client decided to go with a different production company because they were a “conservative bunch””.

Here’s the real kicker, though. When I asked Selina if she felt her video was copied, this was her reply:

“Considering I produced a hyperlapse video of a graffiti artist in a warehouse 2 years ago that has over 10 million views on Youtube, and that they referenced this video directly in their brief, yes I do feel my video was copied.”

I admit that as I was reading this I was thinking to myself that creating a hyperlapse video of a graffiti artist in a warehouse isn’t all that unique. After all, I’ve had that concept scribbled in my projects-to-do list for longer than two years. But then I read the rest of her reply and couldn’t believe what I was seeing.

The pre-production brief which covered the creative for the upcoming video used Selina’s Limitless video as a reference. It also included Rob’s Dubai Flow Motion video as a reference. I guess the claim of it being a coincidence just went out the window, and once you see the video I’m not so sure you’ll call it a “reference” either. Copying does seem to be the appropriate word here, in my opinion anyway.

Archer’s Mark, the production company behind Nike’s video, posted the video to its Facebook page, but both comments it received refer to Barcelona GO! and Limitless:

In case you missed it, the comment made by Leighton Relf stating the video is over the top compared to their original work actually links to Selina’s Limitless video.

Of the hundreds of replies the two have received so far on Facebook, I found Gerald Donavan’s comment (whose brilliant work has been featured here and here) hit the mark:

“This was always going to happen. There’s only one of you, and you can’t scale to the demand for the amazing work that you create.

Therefore, people will resort to using substandard copycats with little to no artistic integrity or vision.

It’s the price of setting the standards for everyone else, Rob. Be proud that lesser mortals are attempting (and failing) to reproduce your work. It only increases the value of what you do.”

When Selina commented saying it baffled her that although her and Rob were initially approached Nike ended up going with someone else, Gerald continued:

“What’s baffling about it? Someone with lower integrity and standards presumably pitched with a lower number, and Nike were dumb enough to go with it.

When I first saw Rob’s work, I knew immediately that we had to bring him to Dubai. What we valued was *Rob* doing Dubai Flowmotion. Sure – anyone can analyse technically what he does and work out how he does it by forensically examining every frame – but what we saw was the value in his vision. The value in having Rob control things. The value in Rob taking his own bar and raising it even higher.

The reason why Rob is so successful at what he does is because he recognises his own value (well, kinda – but that’s a discussion for another day), doesn’t undersell himself, and has the balls to say “no”.

Let the copycats pick up the chaff.”

Another priceless comment, this time by Michelle Ferris on Selina’s post, stated that “It’s very clear that if yours and Rob’s videos had a baby, and then all the talent was wiped clean of it, it would be that commercial.”

Nike is one of the largest corporations in the world and it would be extremely difficult for an individual or small production company to battle such a case in court. Perhaps this is the reason Rob isn’t even going to try.

“We decided earlier on that we’d keep our efforts on areas where our skills lie. I’m pretty sure I make a better film maker than lawyer,” he said, adding that he’s “sure the agency involved had somebody legal watch over and appraise the video pre release anyhow”.

Selina is also fighting this by making the story public.

“Not really sure what can come from posting this publicly, I guess I’m hoping the internet can deliver some kind of internet-y justice”, she wrote.

“Interesting to see people on Facebook seem to be going both ways, some think I should be grateful and flattered others see it as cheap on behalf of the big corporation,” Rob told me.

“Ultimately I like the idea of the internet being the judge”, he concluded.

I’ve reached out to Archer’s Mark and Nike for comments and will update this post once I received them.

They say that imitation is the sincerest form of flattery, so is Nike’s video a copy or a compliment? Since this case most likely won’t be discussed in a courthouse, you be the judge.