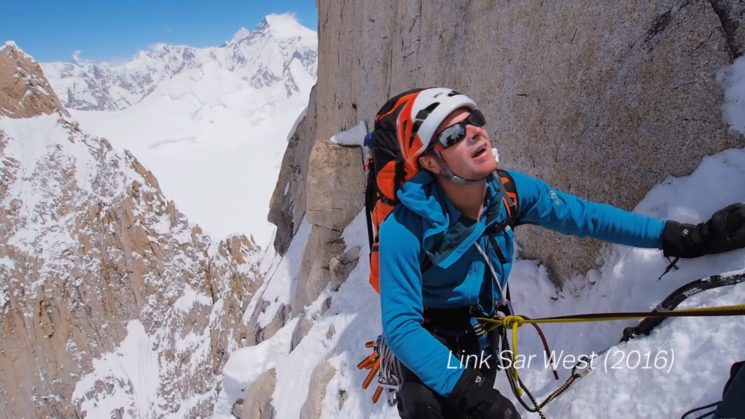 Adventure filmmaking and photography is a demanding task. As well as having to deal with the same conditions your subjects deal with, you have to also work a camera. That’s not always easy. As well as being physically tough, it can be a very emotional journey, too.

Snowboarder & filmmaker Jeremy Jones, professional climber Angie Payne, and adventure photographer Jon Griffith sat down for a round table discussion during the 2016 Banff Mountain Film and Book Festival to talk about the challenges they face. It’s a fascinating chat, offering some interesting insights into their lives, both personally and professionally.

I photograph people a lot on location. Sometimes in quite extreme locations. I live 20 minutes away from some of the most amazing rural locations in the country. But there’s a big difference between what I shoot and what these guys shoot. My stuff isn’t real. It’s more like shooting in a controlled studio set. I can direct my subjects, have them repeat moves, and take breaks often. It’s all quite civilised and relaxed.

There’s none of that when it comes to making genuine adventure photography or films, though. There, you’re documenting reality. You can’t ask your subject to climb up that bit of rock again so you can shoot it from another angle. And you have to be able to keep up with the subject you’re shooting. There’s often strict schedules for both shooting and the activity itself. If one falls behind as a result of the other, there can be dire consequences. 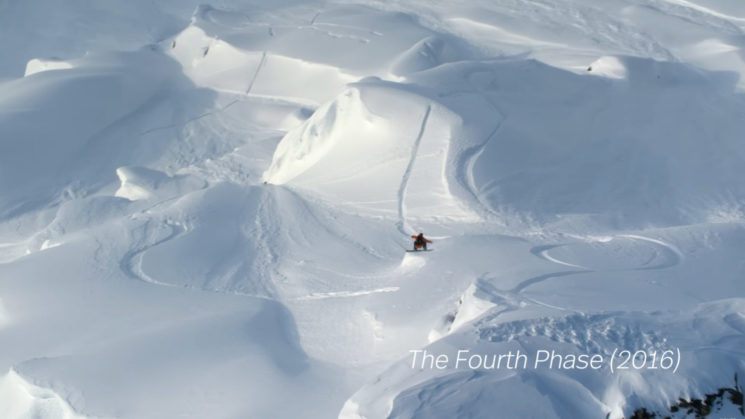 Jeremy Jones likens it to shooting wildlife. You can’t just get on the radio and direct people. You’re basically an observer, just watching what’s going on. All you can do is setup your cameras, hope they’re in the right spots to record the action, and then go.

You get it or you don’t.

For professional climber, Angie Payne, it’s a slightly different approach. For her, it’s a case of keeping the cameras rolling all the time. Because you just never know what’s going to happen.

With her filming being so much close up on the subjects, rather than capturing snowboarders in a massive vista, some things are repeatable. You’re not going to have climbers go back and repeat parts of an ascent. But, some actions can be repeated and filmed later, at a different location, to fit in with existing footage. This can take away from some of the realism, though. 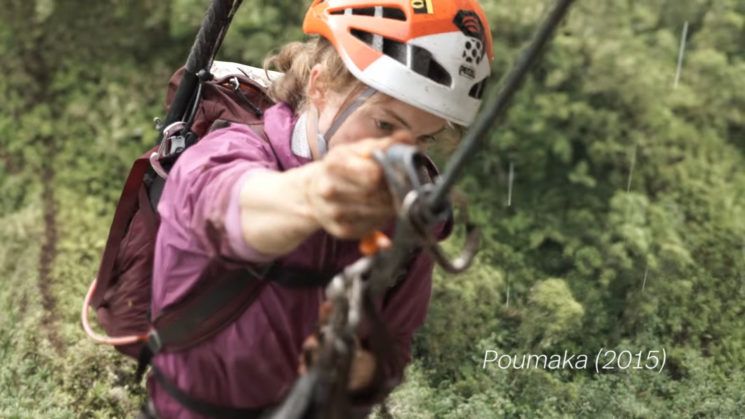 Part of what makes this genre of photography and filmmaking so popular is the realism. The look of intensity, perseverance, anguish and despair, it’s genuine. To capture that you need real risk. If your subjects aren’t pushing themselves to do something more difficult than they appear too comfortable. It can come across as fake and staged.

I really want to capture guys, like, sh**ting themselves. And to do that, you need to put them really out of their comfort zone. Which is tough, because it means that you have to get yourself into that zone as well. Because you have to shoot it.

It’s something you can’t really fake, because their subjects aren’t actors. They’re climbers and adrenaline junkies. With genuine excitement, fear and emotion, you can see it in their eyes.

One thing they mentioned was the strange, but complementary juxtaposition between shaky first person footage, and the cinematic wide shots. For filmmaking, at least, they believe you need both to really feel the action. I don’t disagree. It gives you more of a feeling of what the subject’s going through, seeing it from their perspective. Even if that perspective is only a short part of the whole sequence.

That’s the time to pull out a camera

There’s a lot of things they talk about that can apply to many forms of documentary photography or filmmaking. Whether it’s covering protests, war, or simple vlogging, there are a many parallels creators can relate to.

There’s a discussion on advice to new filmmakers and photographers at the end. The short version is to not let gear hold you back, and then research, research and research. Just get out there and shoot, keep working at it, and shoot some more. Over time, you’ll improve.

I don’t think adventure photographer is going to be high on my list of subjects to tackle. But there’s plenty in the discussion that gives me ideas and inspiration for the things I do shoot.

How about you? Is action adventure your thing? Is it what you want to document with your camera?

Wedding Photographer Risks Life to Get The Perfect Shot

Travel photography: how to avoid the pitfalls and maximize your adventure

« Are we ready to use selfies as a tool? Here are top 10 possible applications of selfies in near future
How to convert a floor dolly into a DIY tripod track dolly »