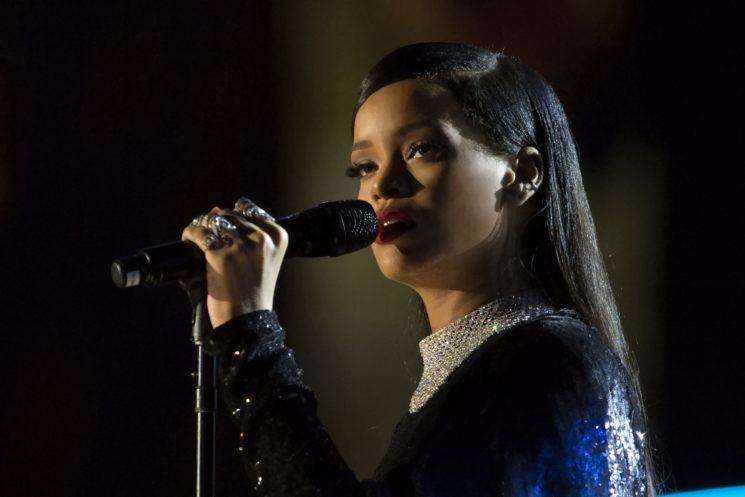 On April 21, Queen Elizabeth II celebrated her 91st birthday. Many people found a convenient way to pay a tribute to Her Majesty, but a famous singer Rihanna did something that her fans saw as disrespectful.

The singer posted several photos on her Instagram where the head of the Queen of England was photoshopped on Rihanna’s body. The photos are weird, to say the least, and most of her fans reacted pretty fiercely.

Rihanna has posted five of these photoshopped images so far, starting on the Queen’s birthday. I guess the idea behind the photos is that “Rihanna is the queen,” but the result is simply grotesque. Some of the fans reacted with rather eloquent comments of support like “Rhanna ur crazy” or “LMAO.” However, a majority of them accused the singer of being offensive and disrespectful towards Her Majesty. Take a look at the photos and see for yourself:

However, there’s more to the fact that these photos are disrespectful. The singer isn’t the author of the images, as you can probably guess.  Still, she didn’t give credits to the person who created them (sounds familiar). So, in addition to showing no respect towards the Queen, she doesn’t show it for the author of the photos either.

You can see the artist’s watermark on one of the images, and it reads “Matthew Fentzy.” His Instagram profile is full of Rihanna’s photos he took from other sources, so I guess he’s equally to blame for lack respect and not giving credits.

I get the idea that these photos are supposed to be a joke, and I don’t think the goal was to offend Her Majesty. But I’m gonna have to agree with the angry fans that they are really tacky and distasteful. What do you think? Is this just a joke, or you also find it offensive? And is not giving credits a bigger problem here, perhaps?