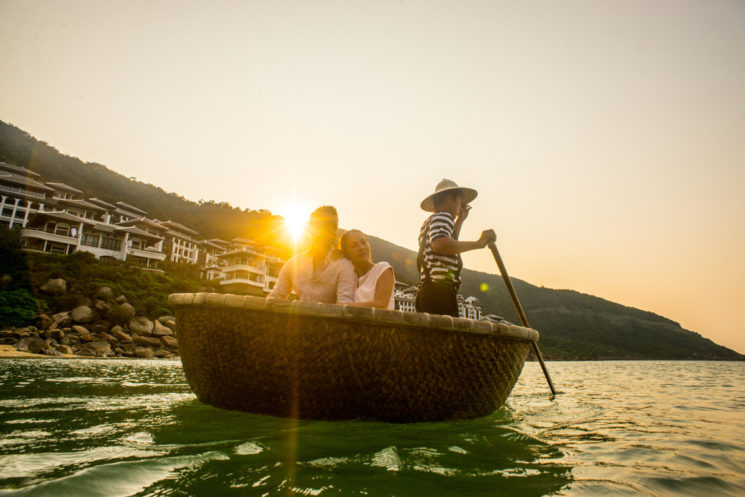 The biggest and most common mistake I see in photographers in all genres is that they aren’t honest with themselves. They love the idea of being a photographer , the romantic side of it all, sounds cool, right? They hate the work part, the hustle, the grind, the guts of what it takes to run any successful small business.

They just want to do the fun part of taking pictures, spending their afternoons hanging out in coffee shops and shooting only things they are interested in and talking smack. You have the right to do this but you aren’t going to make a sustainable living doing things this way.  There should be a name for those photographers, let me think, more on that later.

A collection of my editorial tearsheets.

The second biggest mistake I see is photographers do is falling into the blame game spiral.  It’s easy to blame the industry, blame people who are giving their work away for free, blame everyone else but yourself. Next, they blame their gear, maybe if I just had that new camera with more mega-pixels, more features, etc. you’d get those assignments or clients instead of Johnny Successful Photographer (not a real person) getting all the work in my market.

Guess what, that’s not going to help either. If your work sucks or is average, a nice camera isn’t going to get you more work. Yes, I own some pretty expensive gear but that hasn’t always been the case for me, I worked my way up to afford it using some pretty basic cameras.

It’s time to look inward and do something about it, so step in front of that mirror you love to check yourself out in and stare deep inside your photography soul and ask yourself if you want to have a go at this. If your answer is yes, here are a few things you can do now to start heading in the right direction.

Follow ( I don’t literally mean follow them around, that’s creepy, I mean follow them online) and study the people who get the work you aim to get and learn their process from start to finish. Don’t aim to mimic them but you can learn a lot from people on their social media feeds. You can learn about how they approach their clients, business in general, BTS on shoots, and stuff like that. People are open books these days, so go online and read them.

As for influencers on places like YouTube and Instagram, they make all their money doing reviews and tutorials and there is nothing wrong that and nothing wrong with learning some things from them but don’t confuse their success with subscribers or followers as being successful in their photography.

I’m not being an ass, those guys are better at doing that then I am and some make great money doing so, but most simply aren’t talented photographers.  Seriously, look at some of their work and client list, they are rarely receiving assignments from paying clients other than advertisers and camera companies and I’m sure that is just fine with them. Again, not a knock on those influencers, the last thing I need is their audience attacking me, just learn how to separate what they are saying. Also, some working photographers do both well, like this guy, Joey L. 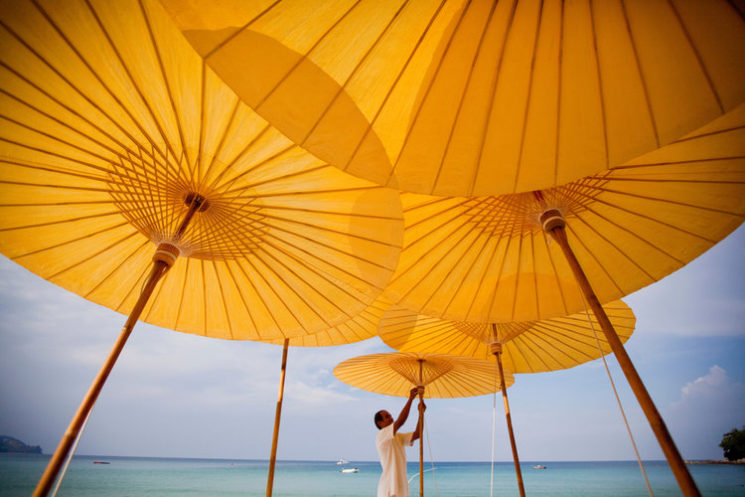 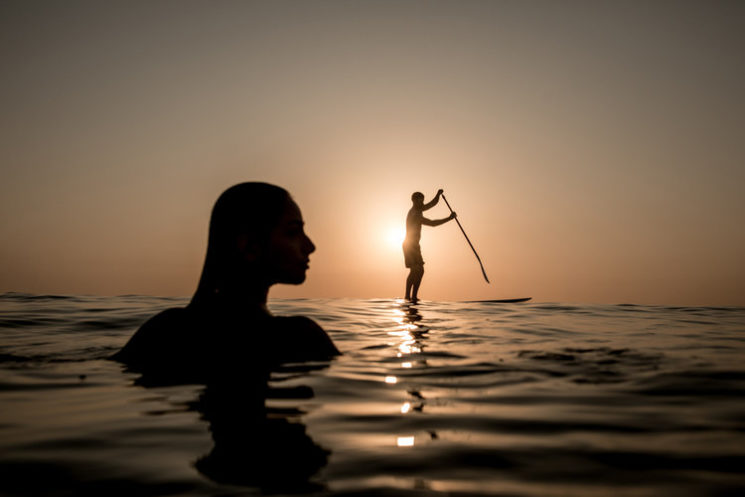 Figure out what your unique voice is with your photography and learn how and who to sell that to. That is way easier said than done but to give you an example of how to achieve this I can tell you a personal story.

As the editorial market was drying up years ago I expanded into commercial photography. I had a lot of experience shooting for Conde Nast Traveler and the New York Times travel section. I noticed a lot of hotel photography was quite stagnant and boring, especially the lifestyle shots with models. I knew I was strong at photographing people in a realistic and natural way so I sold those skills and morphed my editorial style into commercial work for hotels and resorts. That turned into a successful business for me, Mott Visuals, we now shoot hotels and resorts all around the world.

You’ve Got to Grind Man

If you got into photography to sit around coffee shops and bitch and moan and sound cool by telling people you’re a photographer that’s exactly how you are going to end up, a coffee shop photographer. I kind of like that phrase, you heard it here first “Coffee Shop Photographer.” Next time you use that phrase you need to reference me, I’m copyrighting that. Oh man and when I titled this tip I had no intention of using the word grind, and coffee, sometimes it all just comes together.

Sure, I spend a lot of time in coffee shops but I’m hustling man. I’m studying my competition’s work, studying my own work, I’m learning new skills, I’m writing to editors, working on newsletters, and just grinding man, it never ends.

Some of those photography threads are an endless rabbit hole of negativity. Be positive and surround yourself with positive and helpful friends both online and in person. I used to hang out with a lot of negative Nellys (not the rapper) who were always negative and jealous and it was taxing and infectious, so I stopped. I get a lot of negative comments when my articles go on major outlets but guess what, I could give two shits. That dude or dudette isn’t hiring me and chances are they aren’t working nearly as much as I am and a big part of that is their attitude. That sounds cocky, but it’s true. 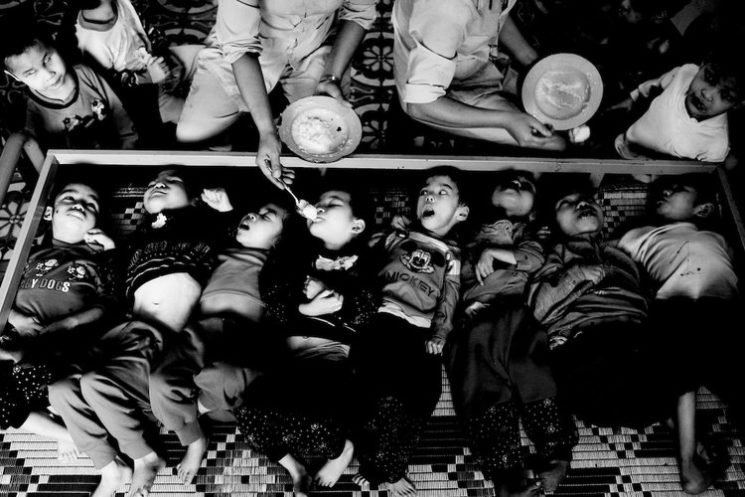 My first personal project in Vietnam about victims of Agent Orange which led to my first assignment for The New York Times years later.

Don’t expect to get in the New York Times overnight. My path to this work was getting accepted to the Eddie Adams workshop while I was studying in university and working on a personal project I self-funded in Vietnam. Then I met some editors, then my work was passed around, then months later I got my first assignment. The trajectory for everyone is different and some people can get in quickly by referrals but that’s not the norm. It takes time, hustle, and a solid body work so don’t get discouraged if things don’t pan out overnight.

The same goes for commercial work, I shot a lot of 3-4 star local hotels and honed my skills before I became an official approved photographer for InterContinental Hotels, it took time. 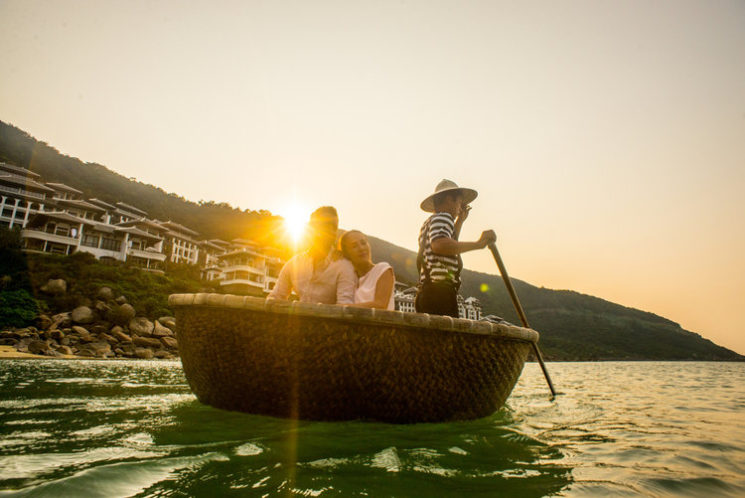 Shot for a global campaign for Intercontinental Hotels

Don’t lie about your resume or exaggerate your skills. This will eventually catch up to you, ruin your reputation, and it’s simply not ethical.

Successful photographers treat themselves like a small business. They have a budget, they either do their own or outsource their accounting, and have a marketing strategy. When you’re not shooting, you should be putting in full days working on the things I listed above, not just hanging out with the coffee shop photographers.

My apologies if some of this comes off harsh or brutal, but this has been my experience in my career so far and I aim to help not just to rant. I’m a fan of Adam Carolla so I learned how to rant from the best.

If you have any questions for me please ask away in the comments section and I’ll do my best to help out. Negative comments for the sake of being negative will be absorbed but not answered.

Here are five reasons to NOT start a photography business

How Kodak is trying to reinvent after failing to adapt