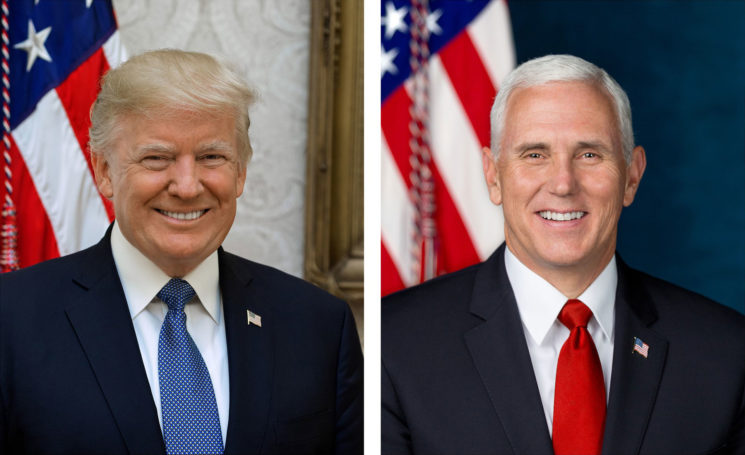 The White House have released new official portraits for both President Trump and Vice President Pence. Pence’s actually looks pretty good, but Trump’s? Not so much. If I didn’t know better, I’d say it just looks like a smartphone grab shot with ambient room light.

The portraits were shot by two different photographers. Shealah Craighead and D. Myles Cullen photographed Trump and Pence, respectively. The newly released Trump portrait does offer a more friendly pose and expression than the last one, but the bad lighting and messy background really lets it down.

Looking at the new vs old portraits side by side, neither are really all that flattering.

The old one, shot in January, has a definite uncomfortable feeling. The pose and expression are just a little bit… creepy. Despite this, and the weird blue background, it still sort of works for me, though. There’s clear separation of subject and background through depth of field and colour. The lighting, overall just seems much more thought out, it has depth. Even if the image is a bit more “reality star” than presidential. 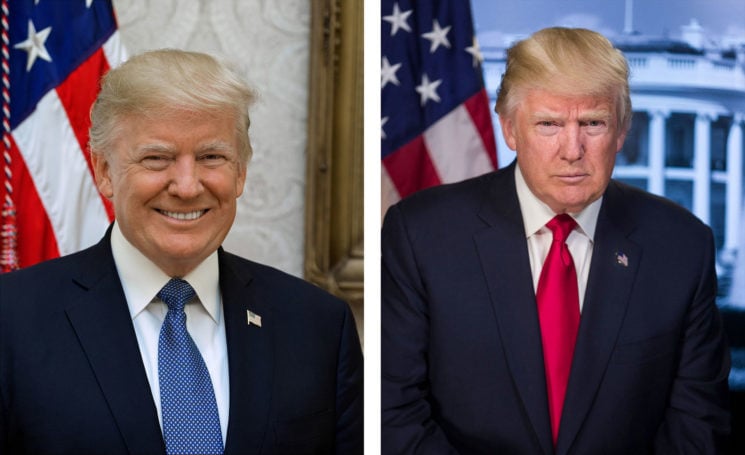 The new one, by comparison, has no real depth at all. It seems a lot happier, sure, but it really just looks like ambient room light. Perhaps with a touch of a rim light coming through a window behind him on camera left. There’s far too much depth of field, and what’s the deal with that picture frame corner on the wall behind him?

And that photo comes from the official White House photographer, Shealah Craighead.

The Pence portrait, on the other hand was created by DoD photographer, D. Myles Cullen. And it’s rather good. “Head in a clean spot”, as Zack Arias has drilled into us for years. Good lighting showing depth and form. And a shallower depth of field taking focus off the background. Much more the style of portrait we’ve become accustomed to for high ranking government officials. 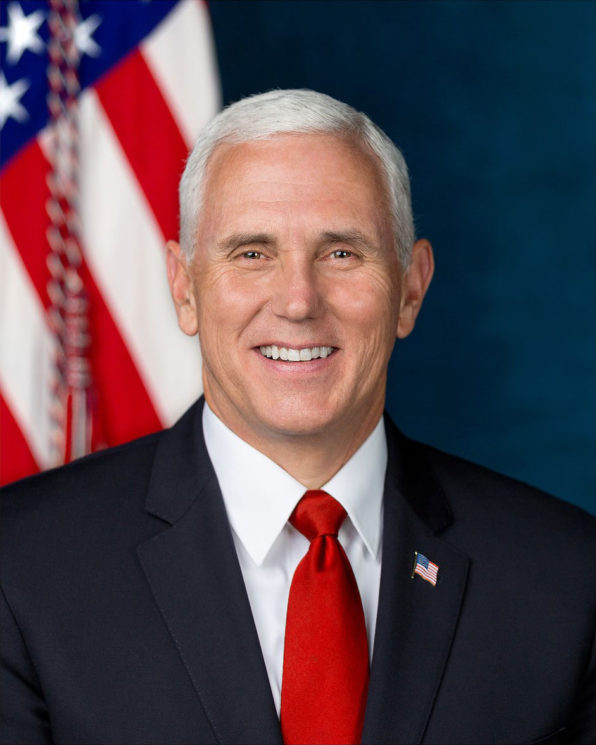 Now that the new photos have been released, they will begin to adorn post offices, federal and other government buildings across the USA.

Regardless of what one may think of the man himself, does this photograph really do justice to the position of President of the USA?

« Apple tags all your photos in a bra (plus your nude and sex photos), making them easily viewable
This town in Iceland has a floating zebra crossing to slow down drivers »