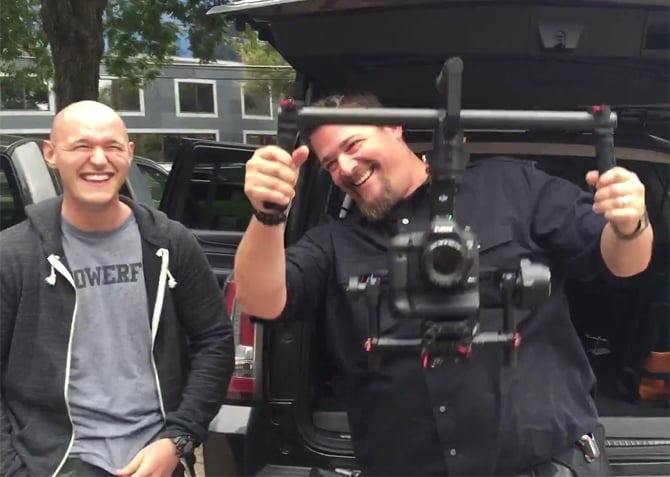 A rather funny, and perhaps somewhat worrying, video shows an encounter between Dallas Police detectives and a camera crew that took place a couple of days ago.

As we’ve seen too often lately, police are quick on the scene once a drone is around and in this case they were making sure the team wasn’t flying the device near the airport.

That would all be perfectly fine, except the ‘drone’ in this case wasn’t flying anywhere, with our without the FAA’s approval.

The police approached the camera crew after one of the detectives said she saw them with a drone. For the same reason Dallas police contacted the FAA to find out what the law says about flying drones.

While the cameraman pleaded the Fifth and refused to answer whether or not he had a drone, the head detective informed him that the FAA stated that drones are not allowed to fly within 5 miles of an airport. The detective then stated that their location has been verified to be within that radius so flying the drone is not allowed.

As pleasing as it was to see such a courteous encounter between police and civilians, this won’t be remembered as one of the local police department’s finest moments. Unluckily for them the ‘drone’ the detective saw was actually a camera-stabilizing rig and what would usually be considered a friendly clarification of the rules was as irrelevant as it gets.

Usually I’d say the police did the right thing since the guy wouldn’t confirm that he had a drone with him, but the rig the detective previously identified as a drone was in clear sight in the back of vehicle the whole time.

As you’d expect, the camera crew had a good laugh as soon as the detectives left and obviously the first thing they did was to fly their ‘drone’.

If only all drones sounded the same as this one.

This incident went down a lot smoother than when the NY State Trooper stopped an aerial photographer for flying over a police station, but I bet it wouldn’t have happened at all if police still created instructional videos training its staff on the latest photographic equipment.