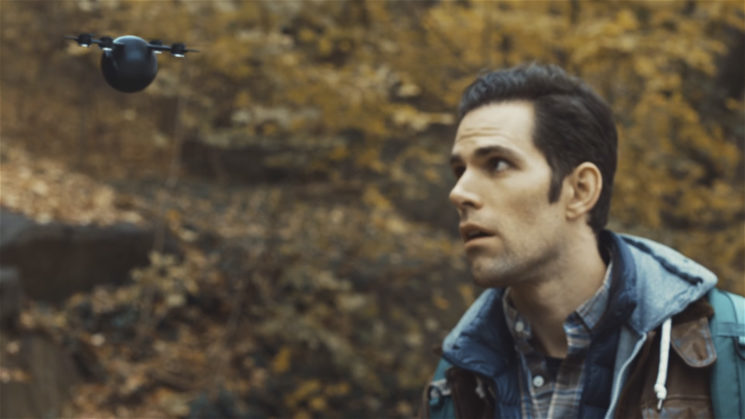 This looks like a pretty interesting little camera, although I have to say, given its shape, I’m a little disappointed it’s not 360°. It’s being funded through Kickstarter, and has already smashed way past its $50,000 goal, currently sitting at almost $300K with 29 days still to go.

The PITTA is spherical in design but comes apart into two pieces to attach “modules”. The action camera module contains 1/4-20″ socket for mounting to tripods, selfie sticks and gimbals. The drone module contains four propellers to send it up into the air.  The charging cradle acts as the third module allowing to use it as a security camera in your home.

The security & action camera modes appear pretty self-explanatory. Put it on the dock, leave it at home, and it’s a security camera. Clamp it to something or put it on a stick, it’s an action camera, much like any other. It shoots 4K video, 13MP stills and, as with most action cameras, it features electronic image stabilisation. 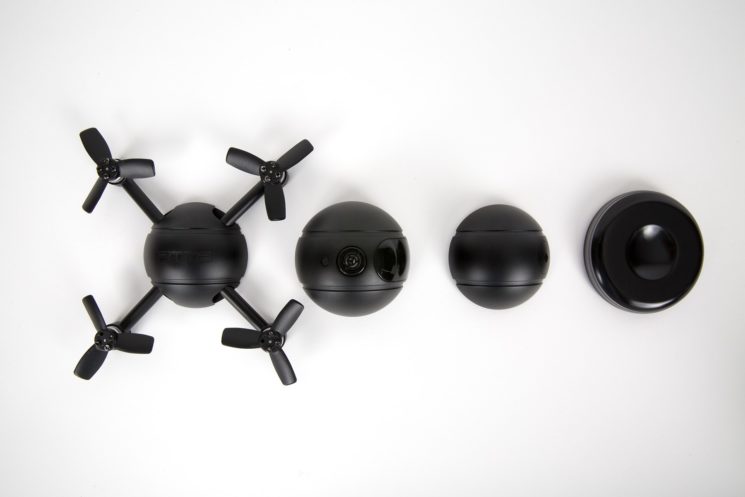 That EIS could potentially cause it problems, however as a drone camera. Most drone cameras with EIS aren’t typically very good. Those serious about capturing video with a drone are looking for something with at least a 2-axis (preferably 3-axis) motorised gimbal. But, how well the EIS keeps up will depend on how stable the camera itself is when operating as a drone.

It features several “intelligent” flight modes, including selfie mode, auto follow, orbit and panorama modes. It has terrain awareness, GPS, automatic landing, and can all be controlled from your phone. The auto-follow uses object recognition and seems to work quite well.

One of the benefits for US customers is that it does not need to be registered with the FAA (now they’re doing that whole thing again). It falls under the 250g minimum requirement, weighing in at under 200g. 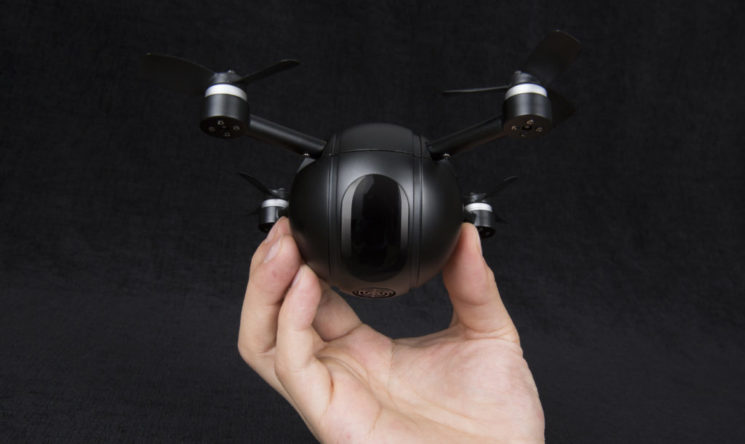 It’s a pretty cool idea with a very inexpensive price tag. The basic kit starts at only $289, or you can bump up to $309 if you want propeller guards. Going up to $359 lands you 64GB of storage and a spare battery.

There are a few demos on the PITTA YouTube channel, but there doesn’t seem to be any footage actually shot with the drone. So we’ve really no idea of the quality, the compression, or stability of it in the air. At this kind of price, I wouldn’t expect miracles, but it might make a neat and versatile DJI Spark alternative.

Or, it might just be an underwhelming short-lived gimmick once it actually hits the streets. Only time will tell.

If you want to back the project and claim your own, then head on over to Kickstarter. They’re planning to ship worldwide starting in April.

« Build your own DIY sound booth with items from around the home without spending any money
GoPro makes another job cut, laying off up to 300 people »