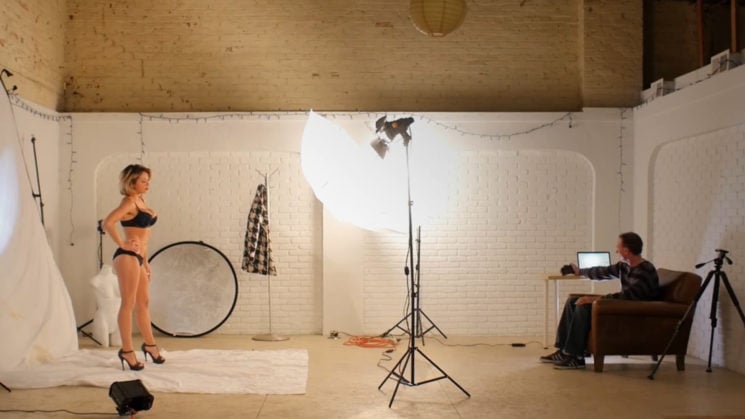 There are so many Photoshop horror stories out there from badly done HDR and selective colour to terribly “smoothed” skin in portraits. But none of them go quite so far as this short Photoshop horror film from Crypt Monsters.

It begins with a somewhat creepy photographer wrapping up a photoshoot with an attractive model who’s obviously quite nervous. He then loads up one of the images into Photoshop and starts to manipulate it, with some pretty severe consequences.

It’s an unusual take on the consequences of Photoshop, with a bit of a horror spin. It does show some pretty cool effects and makeup work, though. While most of their stuff isn’t Photoshop or photography related, if you’re a fan of horror or are looking for a little horror inspiration, be sure to check out the Crypt Monsters Facebook page.

I think it’s safe to say that this feature probably won’t be coming to a future version of Photoshop CC.

This amusing short suggests contouring makeup might have gone too far