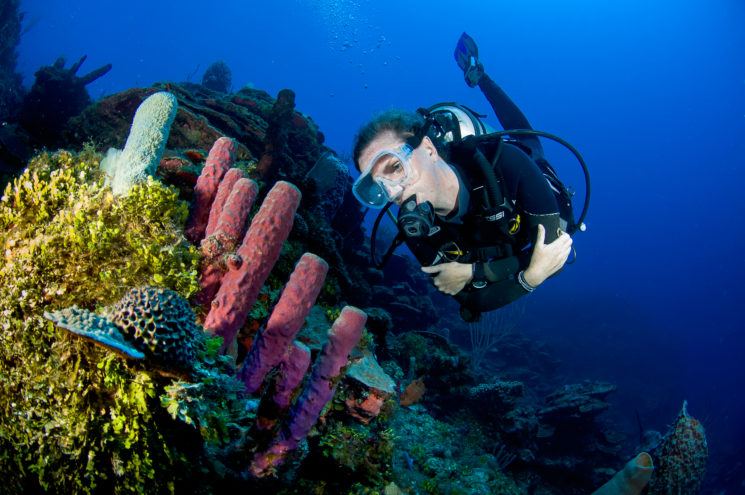 It’s been said that in 2017 everyone is a photographer, and from the unrelenting firehose of pictures that fill every inch of digital real estate and social media these days I can see why folks would think that. Of course just taking a picture doesn’t make you a photographer any more than microwaving a bag of popcorn makes you a chef. So while everyone can (and does) take pictures, actual photographers are a rarer breed.

In my time I have made a good living as a photographer, and no matter what my job is currently, shooting photos is still what I’m best at. That’s not to say I want to go back into the world of photography being my sole source of income. Imagine a world where every bag of microwaved popcorn was a good enough meal for 90% of people. Noooo thank you. But it occurred to me the other day that being a professional photographer instils one with a unique set of skills and traits that are perfectly suited for modern careers.

I started reading “The subtle art of not giving a f*ck” by Marc Manson after my fiancé Kim and friend Peter both recommended it in the same week. It has provoked a lot of conversation in our house and among friends about the nature of success happiness, and the timely and ubiquitous discussion around entitled generations. All of that I’ll leave in the book for you, but I read one passage that sent me down a rabbit hole:

“A lot of people are afraid to accept mediocrity because they believe that if they accept it, they’ll never achieve anything, never improve, and that their life won’t matter… The rare people who do become truly exceptional at something do so not because they believe they’re exceptional. On the contrary, they become amazing because they’re obsessed with improvement. And that obsession with improvement stems from an unerring belief that they are, in fact, not that great at all…because they understand that they’re not already great—they are mediocre, they are average—and that they could be so much better.”

And if there has ever been a career that is a poster child for incremental progress, it has got to be photography. I will now make the case that successful photographers are well positioned to take on the pressures of modern careers based on the specific set of skills that are mandatory in our world.

To be successful you have to fail. Photographers fail every single day.

Failure is a defining factor of successful photographers, and it’s one of the reasons that digital fundamentally changed the game. To make a good picture you first must make a bunch of terrible pictures. When you find success in an image, you learn, and evolve into a better photographer, a process that used to take years. The cycle of learning was made quick and cheap by digital. With instant feedback from an LCD screen and no film costs, new photographers learned at a pace that was unheard of a few years prior. 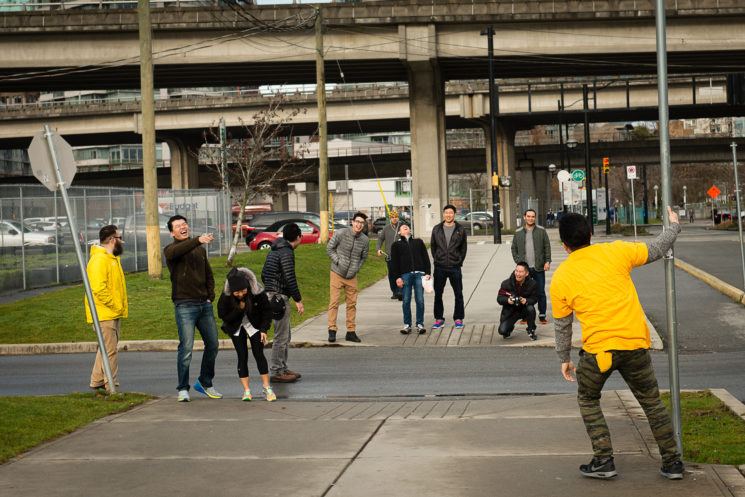 But every one of those leaps forward came on the back of a series of failures, and of photos that didn’t work or didn’t connect.

And once a photographer feels like they have succeeded, it’s time to test that theory in the real word. Part of photography is “critique”, the process of receiving feedback on work from respected authorities in the aim of making better work. It can be a brutal, withering process that takes a toll on ego. The goal, of course, is not to break down a budding talent, but to build them up.

We live in a thin-skinned world of passive aggressive feedback and fear of hurt feelings that doesn’t set people up for the realities of the modern workplace. Photographers who have found success in their practice have weathered many storms and typically develop a thick skin for criticism. They are able to navigate a landscape of hurt feelings with relative ease and understand a basic truth, critique is just like, your opinion…man. 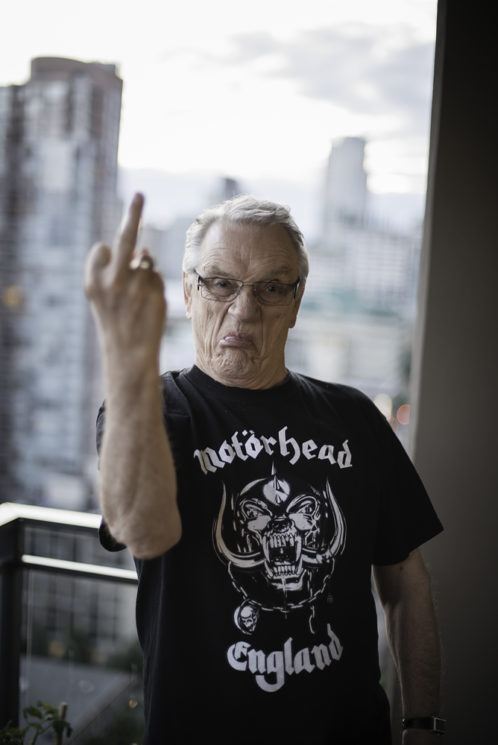 This also is a real line of demarcation between photographers and instagram celebrities. Instagrammers have substituted little red hearts for critique. And within that ecosystem there is room for great success based on that metric, but it is different from critique in that it is a reward from an unsophisticated audience and therefor elevates a populist vision. As we have seen this breeds homogeneity and “bright shiny object” worship, but doesn’t necessarily create great work.

Every picture is a problem to solve. We are given a set of problems and have to come out on the other end with a defined result. Terrible light? Ugly subject? Outdoors in the winter? No problem, I have three ways to get you the photo you want.

You want a picture of a climber on the side of a 1200-foot wall of granite while he lunges towards a ledge in the shade? Ask Jimmy Chin, he eats problems like that for breakfast.

You know what cameras hate? Seawater! So I figured it was important to learn how to shoot scuba diving photos. Be far the most challenging undertaking I had taken on at that point.

These may seem like specific examples that don’t relate to anything outside of photography, but it’s not so much about the subject, it’s about the process. And after solving problems like that for years, your brain becomes adept and solving any kind of problem.

Problem solving, like all abstract thinking, doesn’t come easily to everyone. As we all know, repetition is the parent of skill. If you are forced to solve a problem once in awhile, you probably will never be that good at lateral thinking. But if all you do all day long is find a way to get from A to B with a specific set of assets, odds are you’re going to get pretty good at it.

Mix of technical and creative thinking

It took a long time for me to realize why photography and I bonded so well but after a decade or so it all came into focus for me. (Yes, I do dad jokes)

Prior to the digital revolution there was no art form that required such a mastery of mechanical and technical skills, as well as a strong creative vision. It’s been said that “photography is the only medium where you can accidentally make a masterpiece,” but I prefer the view that a great body of work is the result of genius and hard work, not chance. And still, photography combines a mix of right-brain and left-brain expertise that isn’t found in many other disciplines. 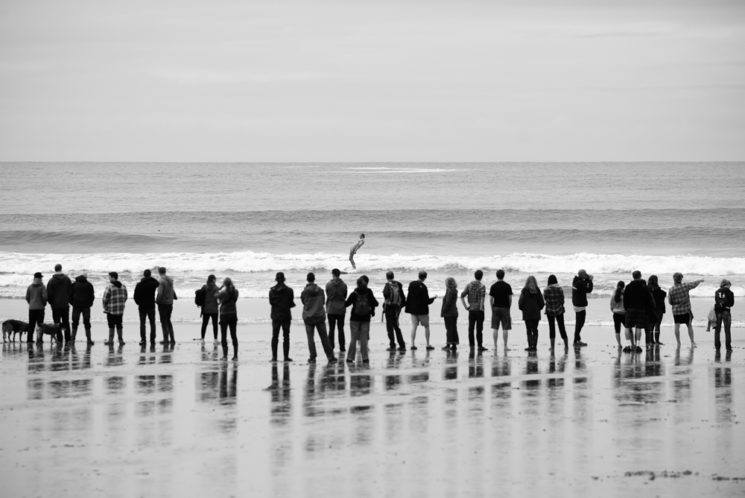 We sometimes mistake the loudest voice at the table for the most confident voice, but confidence isn’t about the ability to speak over others. True confidence comes from an ability to trust in yourself and believe you can excel. Not because you know how to do everything, but precisely because you don’t. I really want a good accountant to do my taxes, they have a very specific knowledge that takes a lot of time and attention to excel at. (See? Dad jokes.)

But if you want someone who can take on just about anything, you don’t go running to the accounting department. What you need is someone who can listen, ask the right questions, look you in the face, and say; “I got this.” 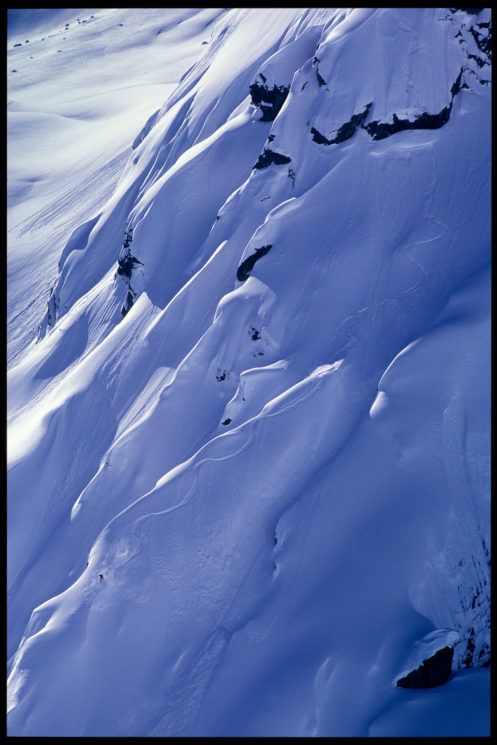 That’s why we like the strong silent types. Because we trust that they will get shit done. We believe in them precisely because they don’t waste time talking about what they can do, but get to work doing it.

I’m not trying to suggest that it’s only photographers that have any of these skills, not by a long shot. Hell, academics and scientists live and die by critique. Lots of people are confident in their abilities. And god knows there is a lot of failure out there in the world.

I submit that as a trade, photography is an underrated springboard to success, and the people who do it well are probably well-suited to win at whatever they attempt to. Or maybe it’s just me…

Dano Pendygrasse spent almost 2 decades behind a camera, mostly in the mountains. On January 15th, after running the photo and video program for Arc’teryx for 3 and a half years, he launched a new venture with a partner. He is finding that all of the lessons from photography are coming in very handy. He still takes pictures compulsively.

You can find out more about Dano on his website, follow his work on Instagram, and reach out to him through LinkedIn. This article was also published here and shared with permission.

Why I Don’t Answer My Phone Anymore (Also Why I Cancelled Voice Mail)
« Suspending objects with fishing line: what you should always have around
16 things every photographer should be able to do in less than 10 seconds »