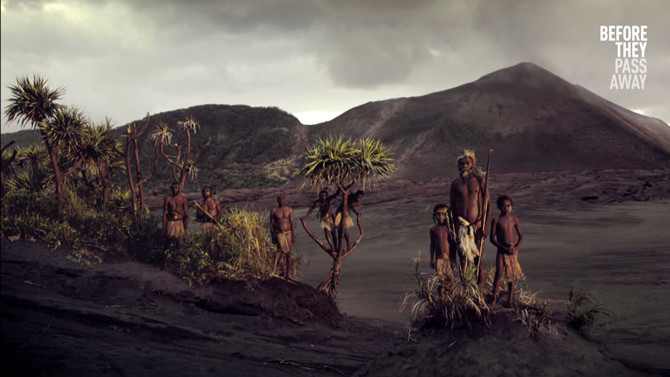 Jimmy Nelson is no stranger to photographing vanishing tribes from around the globe. In fact, he recently delivered a great TED talk about his numerous adventures as a photographer. But, before he visited the TED studios, Nelson spent some time on the Oceanic islands of Vanuatu. During his time on the island chain, the photographer visited five of the 83 islands that make up the chain. That included a trip to the crater rim of a (very active) volcano, where he photographed a group of native tribesman.

“To get to all these islands, we rented a small plane with a twenty-four year old Kiwi pilot. There was no GPS, no radar, no air traffic control. We just pointed out on a map where we wanted to go and he took us there – with an inflatable boat on our laps, in case the plane went down.”

Take a look at the 18-minute clip, below, to join Nelson on the hair raising photoshoot. Aside from the insane volcano photoshoot, Nelson and his team had a shoot on each of the islands they visited, capturing the spirit of the Vanuatu tribe in photographs.

« Surprisingly, This Method Is Still the Best Way to Market To Your Photography Audience
Online Database Of Historic Photography Will Inspire And Keep You Entertained For Hours »