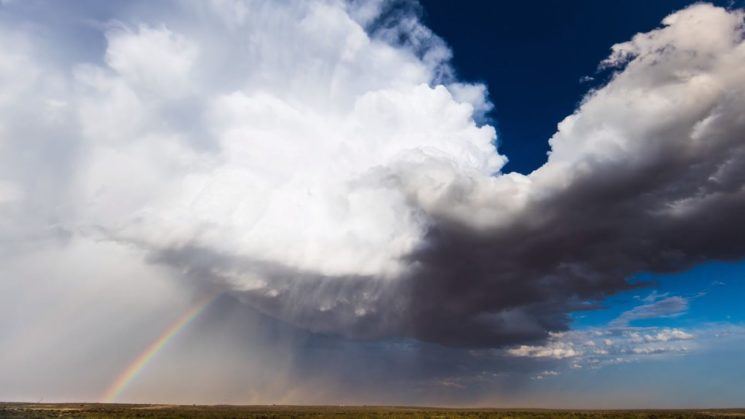 You may know Mike Olbinski by his stunning work in creating storm timelapse. He recently presented his latest work, appropriately titled Pursuit. This time, nature wasn’t on his side. It was difficult to catch the storms and shoot them for the film, despite all the effort. So he traveled 28,000 miles across the USA, pursuing the most spectacular and awe-inspiring storms, and not giving up. And he did it – he created another fantastic timelapse video that shows the overwhelming power of nature.

Mike started working on the video on March 28th, 2017. He spent the entire spring traveling and shooting, and as he describes, it was a tough one. It was very hard to find the supercell structure and tornadoes. So hard that he even thought of giving up and returning home. But after the crisis, he decided to go on. And he didn’t stop his pursuit.

The driving and shooting ended on June 29th. As Mike points out, it took 27 days to actually chase and shoot storms. But between that, there were many more days and hours of just traveling. He drove across the USA and visited ten states searching for the most amazing clouds, thunderstorms, and tornadoes. The journey put over 28,000 miles on his 4Runner. As a result of his trip, he ended up with over 90,000 frames. And then it was time for editing.

Mike used Lightroom with LR Timelapse, After Effects and Premiere Pro for editing the footage. As for the gear, he was equipped with two Canon 5DS R cameras, Canon 11-24mm, 35mm, 50mm, 135mm and Sigma Art 50mm lenses, and Manfrotto tripods. He collaborated with composer Peter Nanasi to create a custom track for Pursuit, and I’d say the collaboration turned out terrific.

For Mike, this year wasn’t the best for storm-chasing. But nevertheless, he created another stunning timelapse thanks to his effort and the fact that he didn’t give up. And now, it’s time for you to enjoy it. I suggest putting your headphones and watching it in full screen, of course. Soon enough, it may even seem you feel the smell of rain.