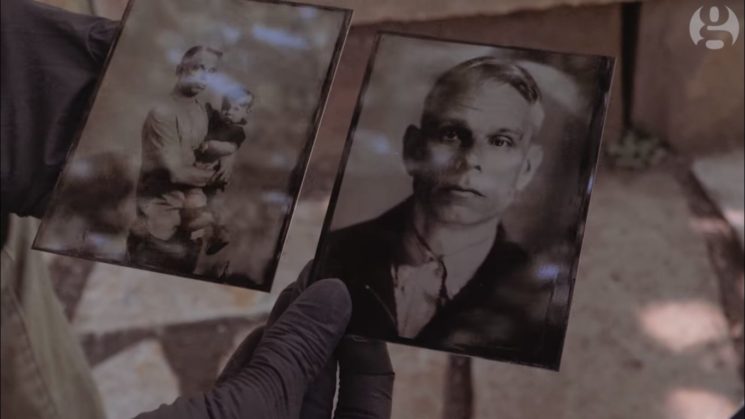 Collodion process was invented over 160 years ago, and photography has gone a long way since then. Still, some photographers use this process even in the digital era, and they produce splendid images. Photographer Adrian Cook uses collodion process to create photos on aluminum plates.

Guardian Australia‘s picture editor, Jonny Weeks, joins Cook in his portable caravan darkroom as he shoots Sydney Harbour. Cook talks about his processes but also explains why wet plate collodion photography is so appealing to him even in the digital age.

Cook says he started his career with film photography and he was thrilled when the digital first appeared. There were so many new things to learn. However, with time, he realized there were no more surprises. In addition, digital photography would make him spend too much time in front of the computer. So, he turned to wet plate photography. There are many surprises here, and he says that, even if he shoots the same scene, the photos will never be exactly the same.

Cook starts by preparing the aluminum plate. He covers its surface with collodion and lets it sit in the silver nitrate bath for 3 minutes. This makes the plate sensitive to light. When the plate is dry, it’s ready for taking a photo. Cook sets up the camera, inserts the plate and removes the lens cap to expose it. When it’s done, it’s time to go back to the portable darkroom and develop the plate.

First, Cook adds a small amount of the developer onto the plate. He rinses it off after about 15 seconds to stop the developing process. He then puts in in the fix bath, and in the end rinses it with water again.

Watching Cook create and develop his photos makes it seem easy, although I know it takes some practice, skill and good timing to get things right. Still, this video made me want to try this myself someday. I believe it’s really rewarding to watch your image come to life.

Prepare, shoot and develop wet plate collodion through the eyes of the photographer

« Apple admits what we all thought: old iPhones are being slowed down
Gimbals – Are they terrible and overused or a valuable storytelling tool? »