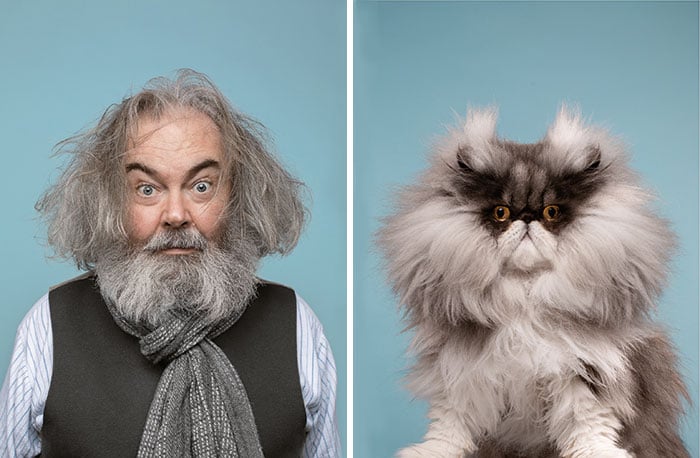 They say that people and their pets start to look like each other after a while. But even if you don’t have a pet, your four-legged soulmate must be out there somewhere. With his latest project, animal photographer Gerrard Gethings proved it. He paired photos of cats he had photographed with their human lookalikes. The result is a hilarious, yet heartwarming series of photos that even turned into a memory game.

In an interview with Bored Panda, Gerrard revealed that there were quite a few challenges he faced while working on this project. First of all, it was quite difficult to find cats that were versatile enough to keep the series interesting. In fact, he traveled across England to find and photograph them. Of course, the cat owners among you know how difficult it is to get them to do what you want. In other words – they weren’t too collaborative during photo shoots, so that was another challenge for Gerrard.

“The cats would often sit beautifully on the posing table as I set up the lights and then, as soon as the camera came out they were off, never to be seen again. Another huge challenge was that cats don’t have the same amount of facial expressions as dogs. They tend to look either startled, suspicious, or angry. They also don’t react to food like dogs, who will do absolutely anything for a piece of cheese.” 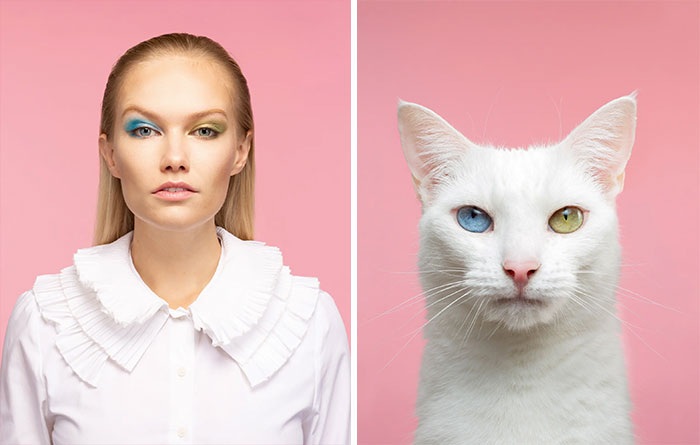 But of course, Gerrard found ways to overcome the issues. Unlike when photographing dogs, he relied more on the animals’ physical clues than their facial expressions. Since cats love playing with toys, they would take some fun poses that were great for the shot. Still, it all took lots and lots of patience, but it was well worth it.

After he finished photographing cats, Gerrard’s next task was to find their human lookalikes. So, he threw a casting and it was another long and demanding process. But seeing the end results tells me that all this was definitely worth the effort! The photos turned out fantastic and I must admit they’ve really made my day. They even ended up being a part of a fun memory game Do you look like your cat?

You can take a look at more photos below, and make sure to follow Gerrard on his website and Instagram. And if you’re a cat owner, let me know – does your cat look like you? :) 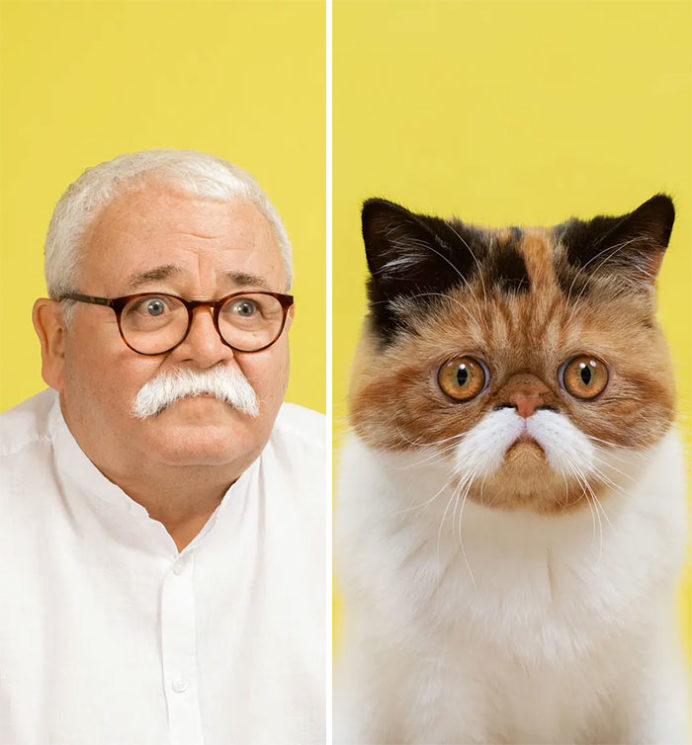 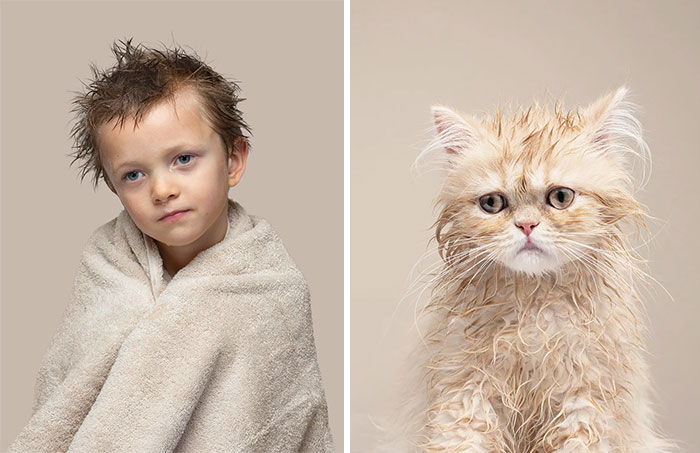 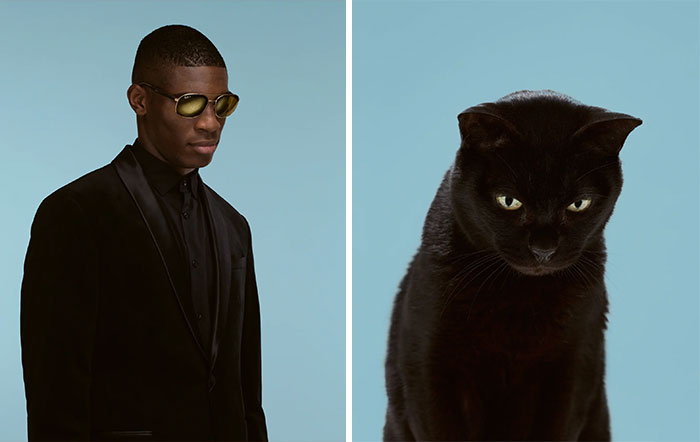 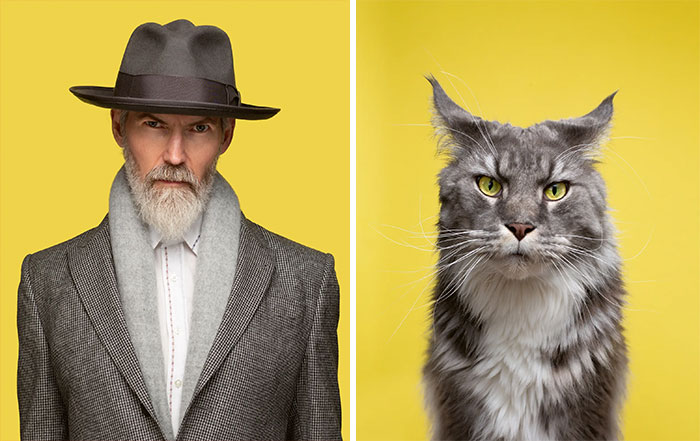 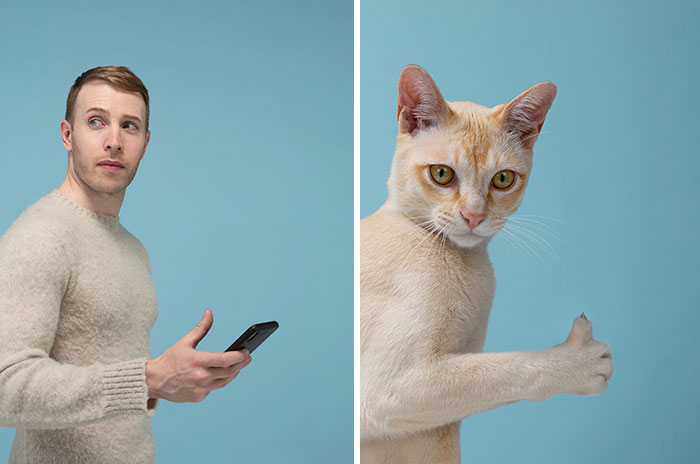 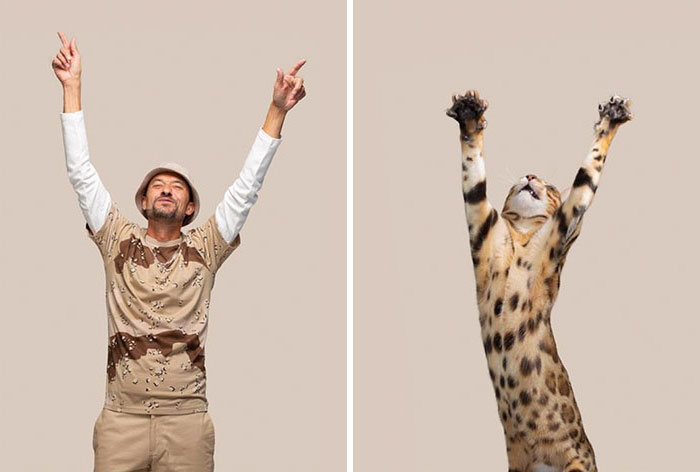 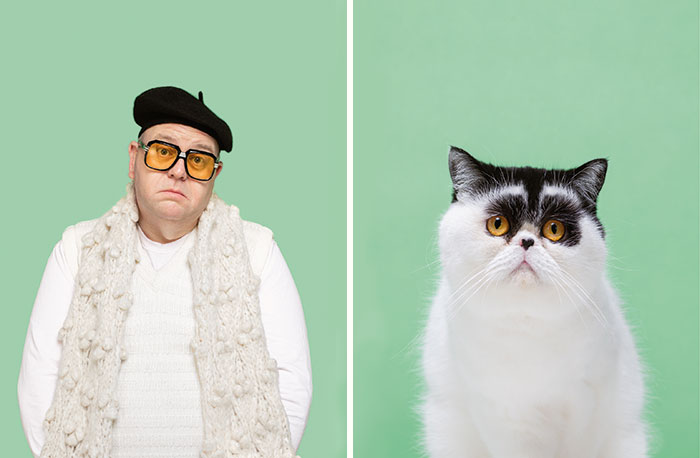 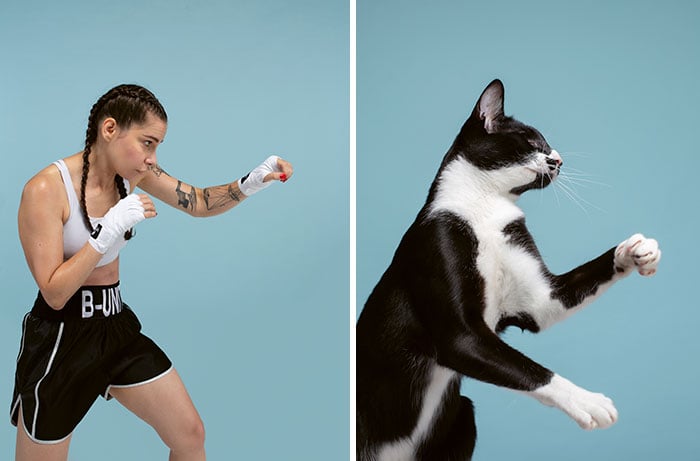 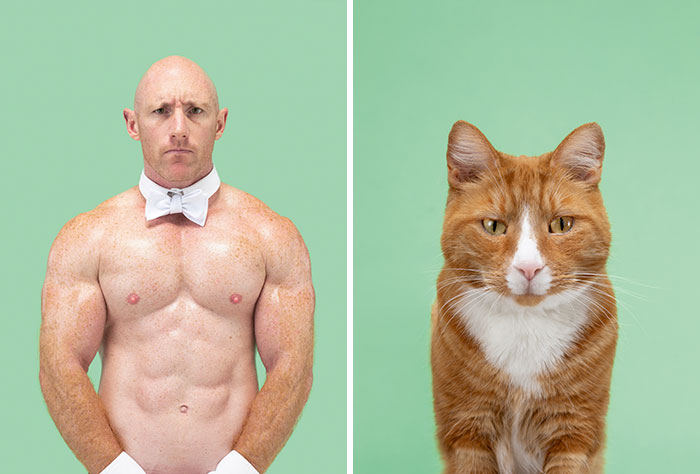 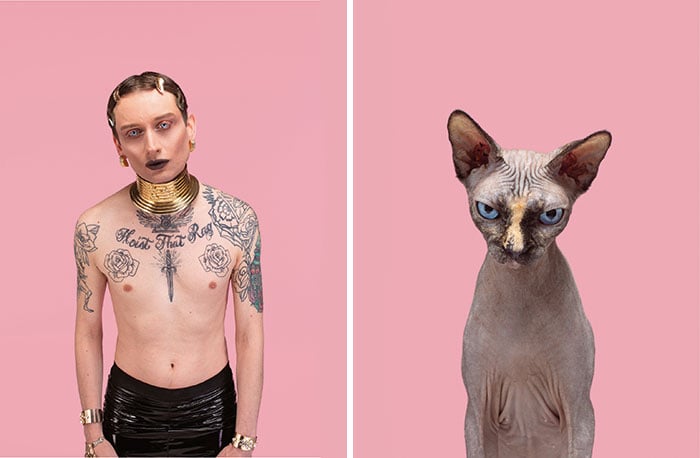 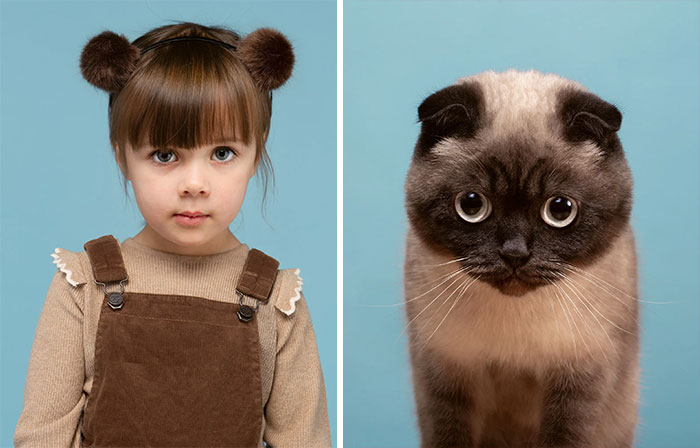 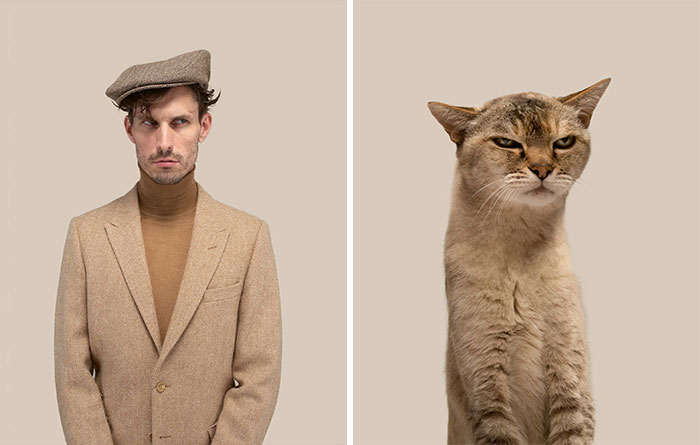 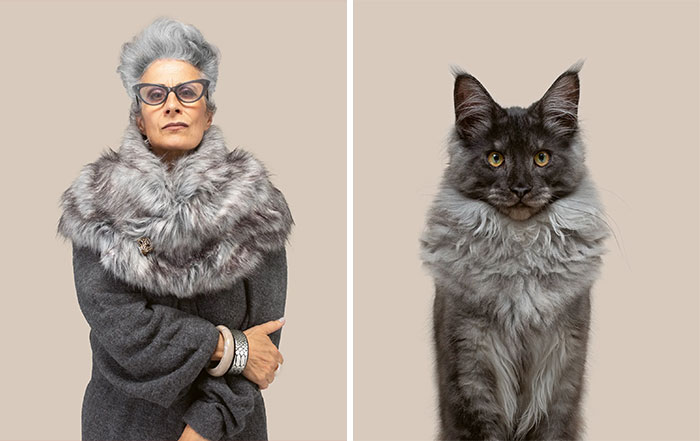 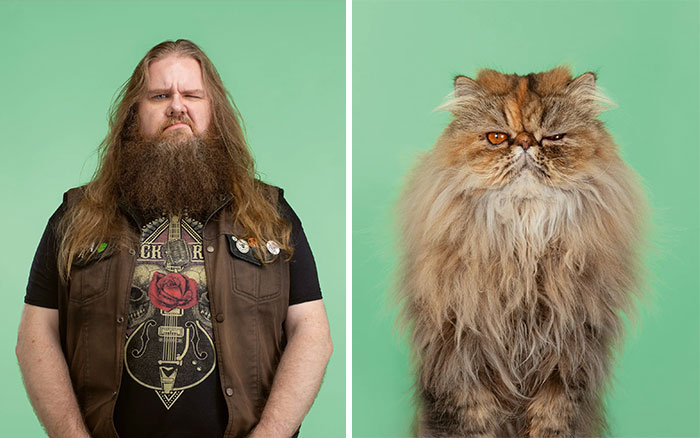 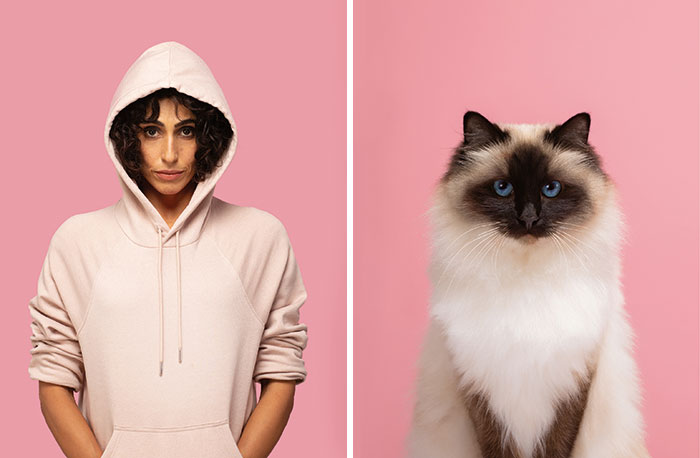 Photographer captures what happens when nature takes over human-built structures