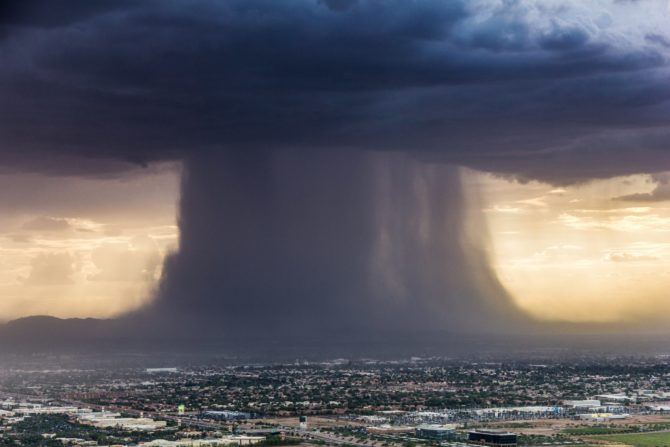 Extreme weather often makes for amazing photography. Sometimes, you can predict how things will look. You’ve got an idea of how it will appear in your final shots. Other times, you can only hope, and it really surprises you.

During a recent flight, photographer Jerry Ferguson managed to capture an incredible photograph. As thunderstorms covered the Phoenix landscape an impressively large microburst opened up. Crashing rain, hail and wind, what else could Jerry do but take a photograph? 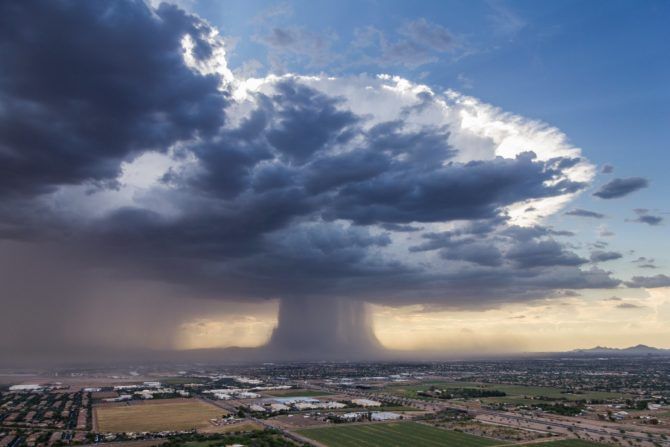 Microburst are small downdrafts that move in the opposite way to that of a tornado. They’re found within strong thunderstorms and last anywhere from a few seconds to several minutes.

They can devastate aircraft and several fatal crashes have been attributed to this phenomenon over the past few decades. With potential wind speeds above 100mph, it’s no wonder, then, that pilot, Andrew Park kept his distance.

It looks beautifully ominous as it towers over the surrounding area.

Photographer Bryan Snider also managed to capture the microburst in this timelapse video. This one was captured from the ground at Phoenix Sky Harbor International Airport and much closer than the helicopter.

Is weather one of your photographic passions? Have you seen or photographed a microburst? Let us know in the comments.

Here is why mushroom growth timelapses aren’t filmed in nature