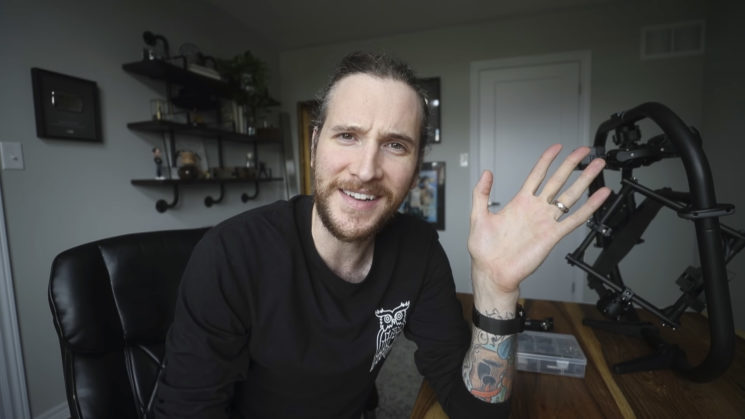 One thing that many viewers of popular YouTube channels want to know is how the people they watch create their content. Being an educational sort of chap, Peter McKinnon was more than happy to oblige. This particular “Two minute Tuesday” ended up becoming almost 16 minutes, although it’s well worth watching.

In it, Peter goes through his whole process from start to finish. From planning and shooting the footage through to the final edit, he goes through it all. He even shoots b-roll of shooting b-roll.

It’s interesting to see how organised Peter is with his gear throughout shooting a video. For each section, when he needs a piece of kit, he pulls it out, sets it up, shoots that bit, then packs it away again before carrying on. I can’t do that. I lay out everything I need right at the beginning. Then I’ll shoot it all, and put everything away together at the end. Otherwise, I know I’ll forget something.

Peter uses multiple cameras to shoot his videos. Typically that means a Canon C200 for the office and studio stuff, and a Canon 1Dx Mark II for when he’s out and about. In this video, he also shoots some timelapse with a Canon 5D Mark IV. Now, of course, you don’t need all these fancy expensive cameras to get the job done. Sure, it helps, but you can do it with just one. It might just take a little longer to get the job done, but it can be done. 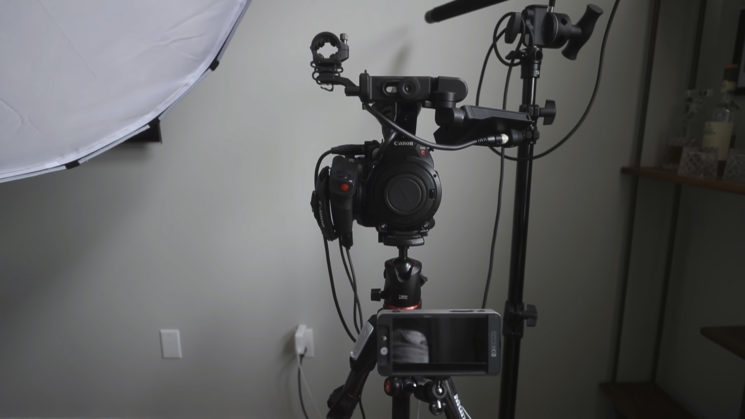 For lights, he uses a tungsten balanced long strip bar light and a couple of Aputure LED lights. The light in his gear closet is gelled blue to get rid of some of the stark whiteness. The key light in front of him sits inside an Aputure Light Dome. A thick acoustic blanket over the window performs double duty, blocking out stray daylight as well as helping to prevent room echo. 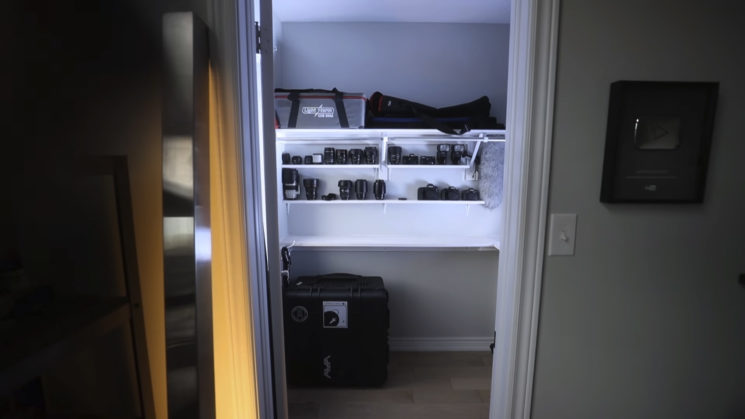 With the B-Roll shot, and the lights all on, it’s time to shoot the main content. When everything’s recorded, it’s time to move to the editing. Peter starts by organising his footage from each of the cameras. Then the editing is done using Adobe Premiere Pro. There are some more technical details of Peter’s editing workflow in the video, delivered in typical McKinnon style.

Peter says that he’s not trying to tell people that this is the level of production they should aim for. Nor is any of it even required to make good content. When Peter started out, he had none of this gear. He had to hand all his gear back when he left his previous job and started over with one camera, one lens, an old lavalier microphone and window light.

But he’s asked often about his YouTube workflow and gear, and thought it would be interesting for people to see. He wants people to take little bits of information and hopefully it’ll help somebody improve their own content, just as seeing how others work has helped him improve his.

Peter’s process is pretty involved, but that’s not uncommon. It might seem a little overwhelming, but figuring out your own workflow happens over time. It’s not going to be perfect from day one. Just take the bits from the workflows of others and stuff that you figure out for yourself a step at a time and let it build up.

When you’re starting out, it’s a lot easier to build up a good solid workflow when you do it gradually over time.