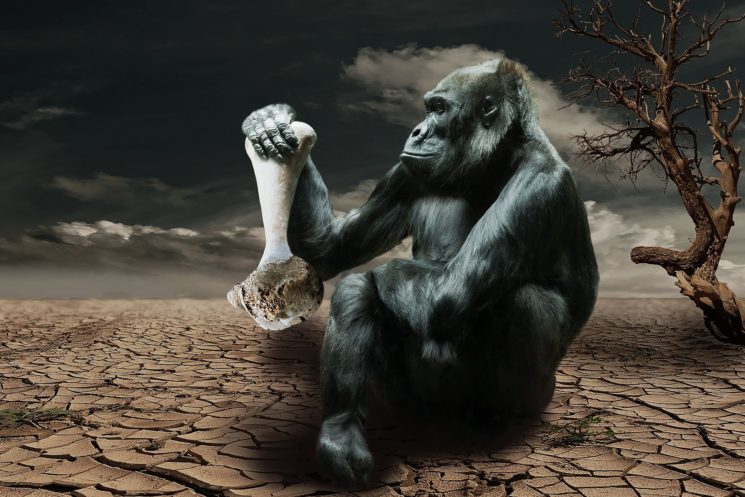 As a result of a recent appeal from PETA, Shutterstock has decided to ban all photos of monkeys and apes in unnatural situations. The photos will not only be banned from Shutterstock, but also from its subsidiary Bigstock.

The ban includes the photos of primates in all settings unnatural to them. But, even if the photos are digitally manipulated to just look unnatural – they are also not welcome on Shutterstock either.

As PETA writes, monkeys and apes used for photographing are “typically very young and deprived of everything that is natural and important to them, including contact with their mothers.” They claim that the photos of animals in such unnatural conditions can harm conservation efforts. Additionally, they may also increase the demand to keep these animals as pets. PETA also points out that what we see as a “grin” in chimpanzees is actually a facial expression for fear.

Reportedly, PETA has discussed these issues with Shutterstock. They came to the agreement that photos like this won’t be allowed on this stock photo website anymore. From now on, Shutterstock will ban all photos and videos that depict monkeys and apes in these situations:

In addition to actually placing monkeys and apes in unnatural situations, the photos where they are photoshopped to appear this way are also banned. Of course, there are some photos that remain allowed. You can still upload photos of these animals in zoos, living free in natural habitats, or living free in Asian cities. Although, we could argue how “natural” the zoos are for them.

There’s no word, though, what will happen with the stock photos of monkeys and apes that are already on Shutterstock. It’s not said whether the photographers should remove them, or they can sell them further.

PETA writes that “Shutterstock’s decision is a reflection of evolving industry standards, as well as a sea change in public opinion.” Considering that many ad agencies and TV and film producers have stopped using these images, PETA hopes that other stock photo websites will follow Shutterstock’s example.

« The best settings to create cinematic footage on your mobile phone
Apple: “we are sorry for slowing down your phone, we’ll replace your battery for $29” »