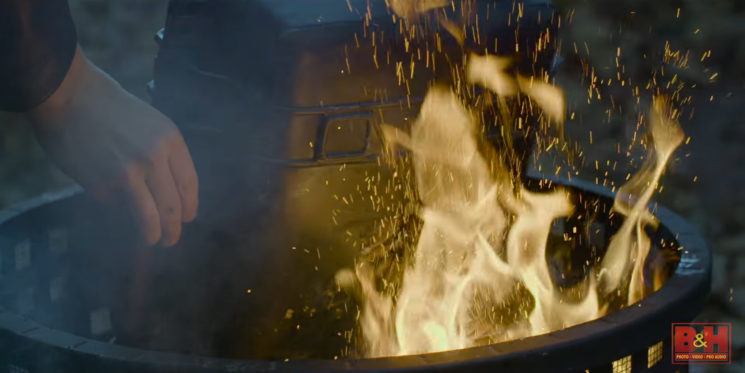 There’s no two ways around it, Pelican cases are expensive. But, there’s a reason for their cost. They have the reputation of being the toughest cases out there. Many users trust them to hold thousands of dollars worth of equipment. But just how tough are they, really?

That’s what the folks at B&H wanted to find out. So, in this video, they put one the new Pelican Air Cases through its paces. They threw it off a roof, banged it against a tree, and even set fire to it. It took a hammer to even make a crack in the thing. But, even after that, it still managed to take a lot more abuse.

When you see results like these, it’s easy to justify the cost, especially if you travel a lot or shoot on location. Cases just get abused. It’s not usually intentional, either. Sometimes it’s rough baggage handlers on a flight. Other times, you just put your case down on ground that isn’t quite even and it goes rolling halfway back down a very large and very steep hill. Something I’ve probably never done, ever.

Regardless, whatever the cause, to know that what’s inside them will probably survive unscathed is important.

Brandmade TV also recently put out a video showing how Pelican cases are constructed, along with some of the durability testing they put them through during manufacture.

I didn’t realise so much went into their construction before watching this. It’s easy to see why some of the less expensive alternatives can’t really stand up to the same scrutiny.

It’s definitely made me rethink some of my storage & transport options for the future.

« This wide angle zoom lens is a hidden gem of vintage lenses, and it’s incredibly cheap
GoPro is back in business: they plan to launch HERO6 camera later this year »