Paul C. Buff have today announced their first new flash units since the Einstein six years ago with the launch of the DigiBee DB800 and DB400 studio strobes.

Essentially, they’re digital AlienBees, but smaller, and with a few cool new features. Photographer Nino Batista got his hands on the first two off the production line and put together this video to test their limits and offer up his review on how well they perform.

The biggest immediate difference, is the size of the units.  PCB have cut the unit’s size virtually in half, although the weight is still around the same (2.5lbs and 2.9lbs for the “400” and “800” models, respectively). Part of that size reduction is due to the unit itself, but a big chunk is also due to the fact that the 150 Watt incandescent modelling light has been replaced with a 75 Watt (400 Watt equivalent) LED. 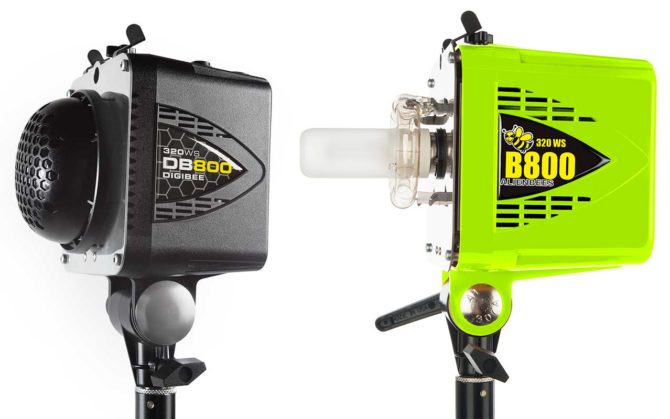 Along with the new “Digi” moniker, comes a new digital user interface. Going around to the back of the unit sees a very neat array of buttons with a bright new LCD. 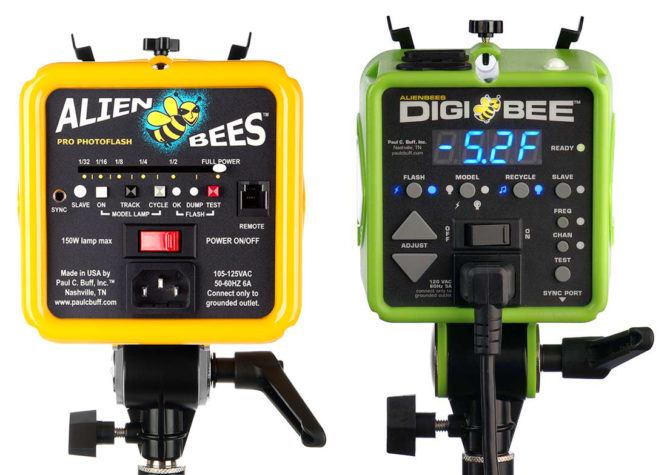 An extra stop of range has been added to the DigiBees, too. When minimum power isn’t quite minimum enough, the 7 stop range goes a stop darker than their equivalent Ws flashes in the AlienBees lineup.

On paper, recycle times and flash durations for the DB400/800 are about the same as the B400/800. Nino notes in the video that they easily kept up with a pretty rapid shoot running from a Vagabond battery, but they’re not going to replace your Einsteins if you need super fast flash durations.

Speaking of the Vagabond, PCB state that you should get approximately 2,000 full power flashes from the DB400 and 1,000 from the DB800, which is a very nice big number when out on location, possible with multiple units.

If you’re just using the modelling lamp, perhaps for video, you’ll get about an hour and a half on a fully charged Vagabond at full power with a single light, or around three and a half hours with the modelling light running at half power.

This reduction in power makes modelling lights a little more viable on location when running off battery power, but if you start popping flashes off then the running will still obviously get shorter quite quickly.

The Paul C. Buff DigiBee DB400 and DB800 flash units are available now priced at $309.95 and $349.95 respectively.  They’re available in matte black, red, blue and green, and are expected to start shipping by the end of the month.

« This timelapse short film of China uses Prisma app to look like a painted animation
Canon patents 40-800mm F4.5-5.6 lens, it would be great if it’s made, but I am skeptical »