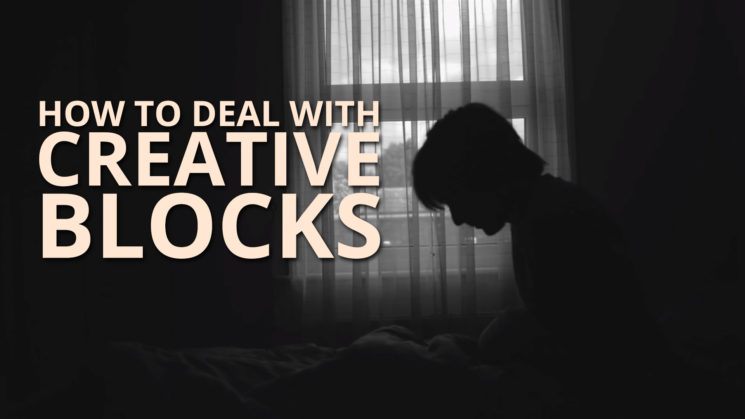 Making something something when you’re in a creative rut is one of photography’s biggest challenges. Not just photography, though, it applies equally to pretty much every creative outlet. We often hear of “writer’s block”, and this is essentially the same thing as it applies to other mediums. Clinton wrote earlier about how he deals with his own creative blocks.

In this video from photographer Sean Tucker, we take a deeper look into the topic. Sean speaks about what causes these blocks, and his own biggest challenges. The things that try to stop him not only from creating, but even wanting to create. But he also talks about the how he deals with and overcomes them.

All of us suffer with it from time to time. We just don’t feel creative. Instead, we just want to sit on the computer or watch TV all day and not leave the house. We can’t work up the motivation to do anything. And we’re certainly not thinking about what we could be creating. Sean mentions that he recently read Steven Pressfield’s book, The War of Art. In it, he talks about resistance.

Resistance is anything that keeps us from creating. [It’s] an internal voice which never sleeps, but always whispers that that creative act can wait for another day. A day that, if we’re honest with ourselves, might never come.

This is one that many creatives know well. They want to be completely sure, in advance, that what they’re going to create will turn out exactly the way they intend. Perfectionism isn’t just high attention to detail and getting everything right. It can be absolutely crippling when it comes to creativity.

You don’t want to start anything unless you know it’s going to be perfect. So, we put off even trying. The problem is that perfection can never really be achieved, so it just becomes an endless procrastination. And I’ve face this myself, too, quite regularly. I’m sure many of you reading this have also felt the same.

Sean’s way to deal with it is to stop looking at short term perfection in one shoot. Look at your journey as a whole. Long term. He stops thinking of each project as being a finished, final perfect end point. Instead, he looks at each project as a draft along a longer journey of creativity that will span his entire life. Each one improving upon the last.

“Done” is better than “perfect”.

The act of simply creating, even if you know it’s not going to be perfect is good for you. It starts the creative thought process, and it teaches you. It helps you get closer to the perfection that you want to attain. Even if you never actually will.

Overthinking things is another challenge that Sean and I seem to have in common. If he’s on a shoot and he’s just not “feeling it”, he says his brain clicks in and gives him a list of reasons why he shouldn’t even bother.

I don’t have the best gear. Other photographers have fancy gear, and I don’t, I shouldn’t even bother because I won’t produce good work.

But the above is a lie. It’s that internal voice telling you that you’re not good enough and blaming it on the tools. When the reality is it might just take some ingenuity to overcome the problems at hand.

This is why we often see some of the best work from those with limited equipment. They’re forcing themselves to really push the limits of their equipment and imagination. Those limitations can even make you a better photographer.

Comparing yourselves to other photographers can often produce the same response. “This photographer’s so much better than I am, why should I even bother?”. But, again, this is just that inside voice lying to you.

Sean’s trick is to call out the lie in his head when he notices it. By doing so, you instantly realise that it’s nonsense, and can do something about it. You’re not giving in to it.

This is the one that almost everybody can relate to in some form or another. It’s very rare that you’ll find anybody that has absolutely no fear of anything. And the big issue with fear is that you can be afraid whichever way things go. It is possible, as Sean describes, to have a fear of both failure and success. Failure’s obvious, but success can become overwhelming, especially if it comes in a form that you weren’t anticipating and can’t control.

Fear of criticism and ridicule is one I often see online, especially on Facebook. Every day I see people posting images to groups asking for critique, but not really wanting it. Instead, they already believe their image is beyond reproach and then get highly upset when people give them what they asked for. And I’m not talking about rude critique, either. This is genuinely constructive and friendly critiquing of their work with ways to improve for the future. They may not admit they have that fear of criticism, but it becomes obvious in their response.

Some of those people I mentioned in the previous paragraph are definitely suffering from the Dunning-Kruger effect. On the flip side of that, though, is Imposter Syndrome. This is the fear of genuinely talented people believing they’re not good enough. That they’re going to be called out as a fraud. It’s the realisation that you don’t know everything about what you’re doing. But, like perfection, knowing everything about photography, or any other subject, is impossible to achieve.

The more we’re scared of something, the more we know that we have to do it.

Sean approaches the fear in the opposite way to most of us. Instead of treating it as a sign that we should retreat and hide, he runs towards it. If he’s afraid of something, he needs to tackle it head on and just get it done.

He likens it to getting married. Almost everybody who’s been married felt that anxiety at the alter. That feeling when you want something to go so perfectly. And that anxiety isn’t a sign to escape. It’s a sign to embrace it and pursue it, and make it be that which you want it to. You have to give yourself to it.

Sean suggests we all read Steven’s book. That we should all think about what our own resistances are. What the voices in our head are saying that stop us from creating.

And when those times happen, and you’re just not feeling it. Get up and go create anyway.