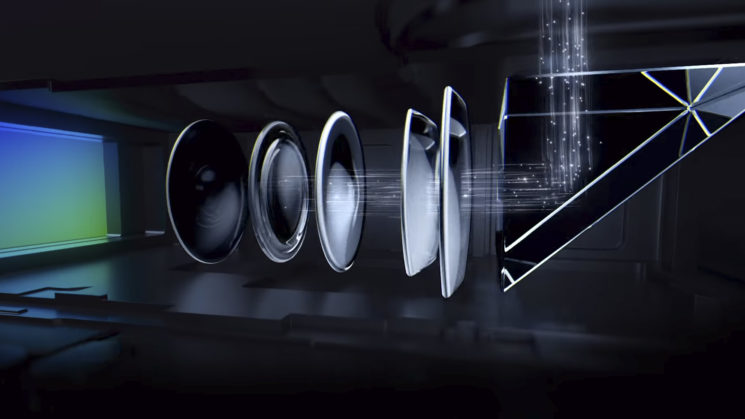 OPPO has announced that they’ve gone into mass production on their new 10x zoom camera module for smartphones and will release a phone utilising it in the second quarter of 2019. It’s a three-camera system which OPPO says is “built to work in perfect harmony” and allows them to offer an equivalent focal length range of 16-160mm – hence, 10x zoom.

The three cameras are split into wide angle, normal and telephoto.

The wide angle camera offers a field of view equivalent to that of a 16mm lens on a full frame camera. This is a pretty exceptional wide angle of view, which should allow for some fantastic interiors and landscapes.

The second is “for daily life”, although they don’t specify the focal length. Although with most such cameras offering equivalent to a 28mm full frame field of view, I think something around this number would be a pretty safe bet. This sensor offers a pretty crazy (for a phone) 48-megapixels and has optical image stabilisation.

Finally, the 160mm equivalent telephoto camera has a periscope type design, which looks somewhat reminiscent of the camera modules found in the Light L16. With the wide lens offering a 16mm equivalent, this equates to the “10x lossless zoom” total that OPPO has come up with. This camera offers a rather modest 12-megapixel resolution.

The telephoto lens also features optical image stabilisation, too, although not in the way we might think. Most image stabilisation systems in phones work by stabilising the sensor, but this one uses the prism to stabilise the image coming in through the lens, reflecting onto the sensor. It’s an interesting approach.

The 10x zoom claim on this camera module might feel like something of a “cheat”. Most smartphone manufacturers don’t include the wide angle camera when talking about the zoom capabilities, with focal lengths starting at the range of the “normal” camera. OPPO does include that wide lens, with a 16mm equivalent field of view, which technically doesn’t make the 10x claim false.

But if, as with most other smartphone manufacturers, we go from the “normal” lens (which is presumed to be about 28mm equivalent), then it only really becomes a 5.7x zoom, which doesn’t sound nearly so impressive. But, personally, if it will actually let you zoom between the full range of focal lengths from 16-160mm equivalent, and it’s not just snapping to those three specific options, then I think the claim is fair.

I guess only time will tell if that’s how it works, though. I suspect not.

« Get a ring flash for only $14.99
Dive into the stunning winning photos of 2019 Underwater Photographer of the Year »