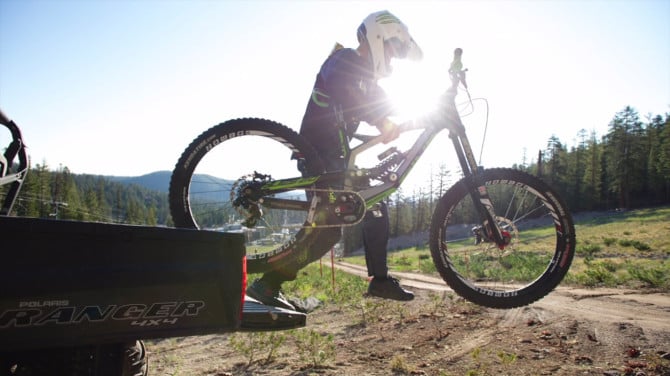 Planning a fast paced, action sports photoshoot in which there is only one cameraman trying to capture multiple angles, is true test of any photographers ability to pre-visualize and plan a shoot. A skill which is priceless when you’re commissioned to photograph high energy sports and once in a lifetime moments similar to the exciting challenge Brett Wilhelm took on when he decided to photograph a champion freestyle mountain biker pull of a world record breaking flip.

Take a look at some of the behind the scenes action as Wilhelm shows you how he played the part of three photographers at one time.

Prepping For The Shoot

Wilhelm was fortunate to be able to arrive at the location of the shoot a few days in advance. This opportunity afforded him the chance to work with the athlete and watch him practice and plan out the course of action for the flip. By being able to witness Zink’s preparations, Wilhelm was also able to prepare by finding the best camera angles in relation to Zink’s path through the air as he makes the jump, in addition to the celebration directly afterwards. Wilhelm also managed to grab some great candid shots of Zink and his crew during the days leading up to the event. 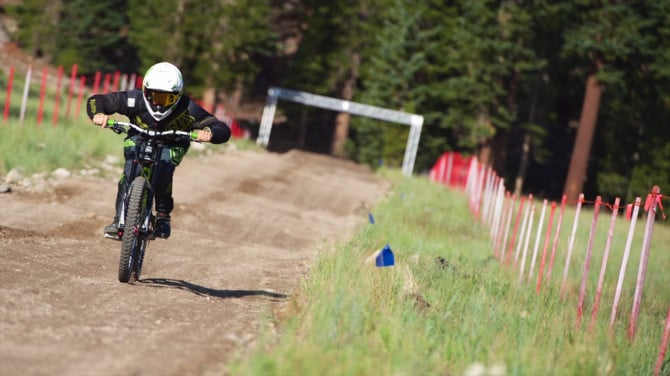 The first camera Wilhelm sets up is a Nikon D4S with a 17-35mm lens attached. This camera will be setup on the sidelines, far enough back so that it can capture the entire expanse of the jump. He put the D4S so that it was off center near the take off point making it possible to see Zink’s face as he reaches the apex of his flip.  This is the camera that captured the sequence shot of the entire flip. 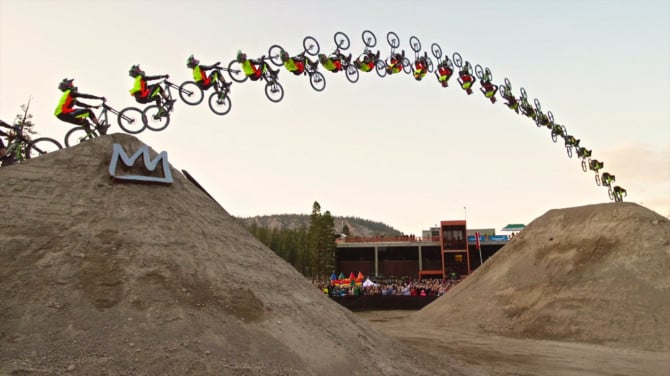 Since Wilhelm will be in the finish line area ready to capture the landing and celebration, he operated the D4S remotely. To do this, Wilhelm connected a PocketWizard MultiMAX transceiver with an attached Nikon 10-pin release cable which allows him to trigger the cameras shutter using a second Pocket Wizard and a thumb trigger which he very handily strapped to his arm and hand using a DIY approach. 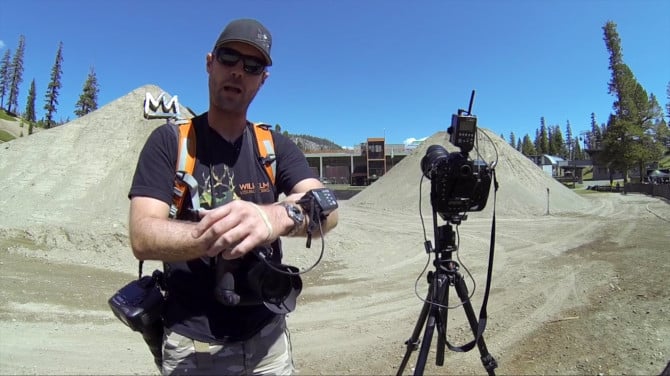 Hard to misplace your remote trigger when it’s strapped into your hand!

The second camera Wilhelm introduces us to is another Nikon D4S which will serve as his primary camera. It will be with him in the finish area to document the jump from a different angle than camera one. The 70-200mm lens he uses on his primary camera gives him a wide range of focal distance so he doesn’t miss out on any action that happens in a distance.

Camera two is also outfitted with a PocketWizard Mini TT1 which controls a pair of Nikon SB-910 speedlights Wilhelm set up about 100 feet away from where he will be standing. 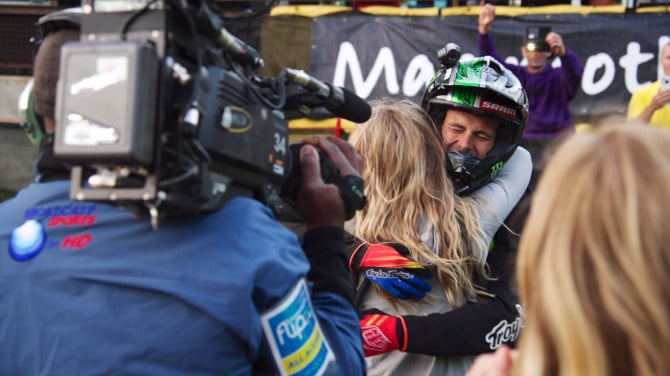 A long lens and a Nikon D4S to catch the faraway action.

Wilhelm’s third camera, a Nikon D800, will also be with him in the finish area. The D800 was paired with a 24-120mm lens. The D800 is the last camera Wilhelm will turn to for this shoot, as it is kept with him to essentially capture the candid moments during the celebration after the jump is over, when the photographer expects to be much closer to the action. 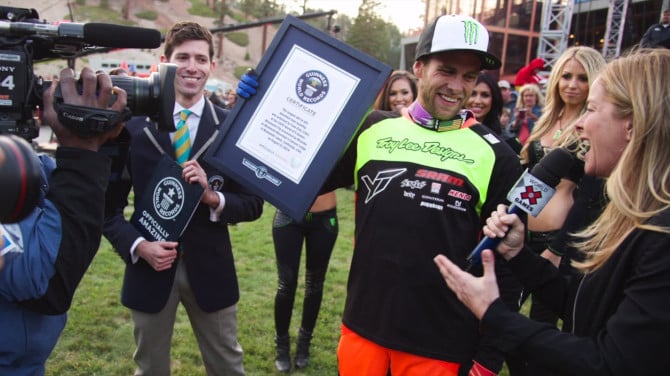 All the hard work Wilhelm put into the shoot paid off. As you can see, his highly organized approach to this style of photoshoot made the entire thing go off without a hitch.