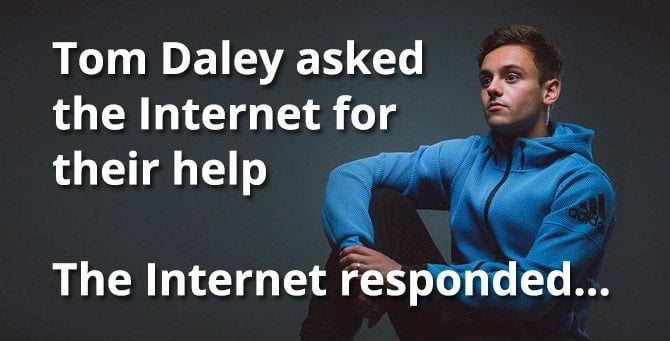 British Diver and Olympic Bronze Medalist Tom Daley ran a brief competition on his Twitter feed recently.  The brief was simple.  Modify a photograph with the winner being chosen to become the new banner for his Twitter profile.

With 2.6 million followers, Tom had no shortage of entries, and the competition was soon hijacked by Photoshop pranksters, as was inevitable.

No, I know, it’s not news, but it’s the first time we’ve seen this sort of social media request from a celebrity, and I’m sure more than a few of us have at least thought about responding to requests like these. 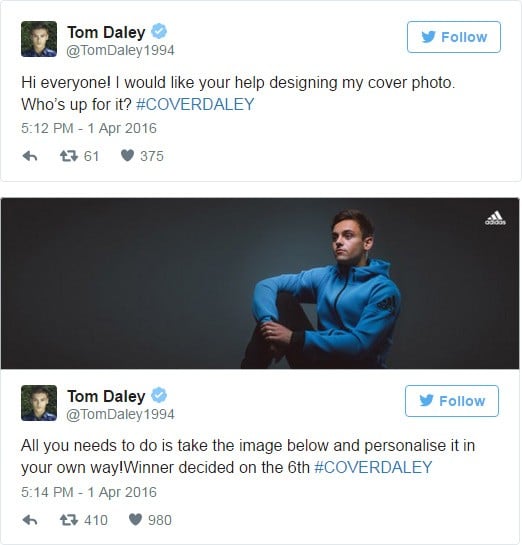 Many of the “entries” were fairly tame. 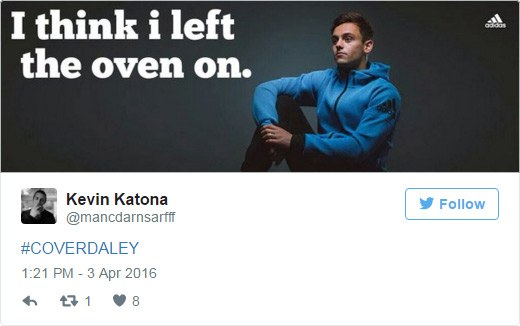 But, this is the Internet.  Have Photoshop, will cut & paste! 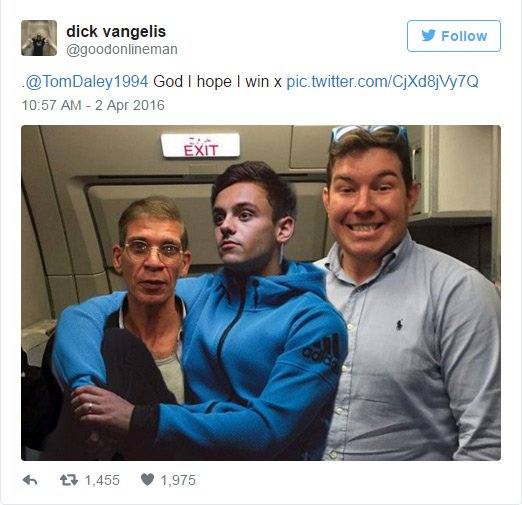 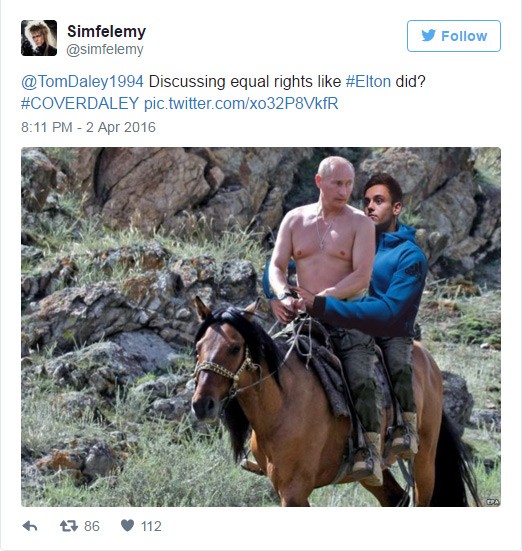 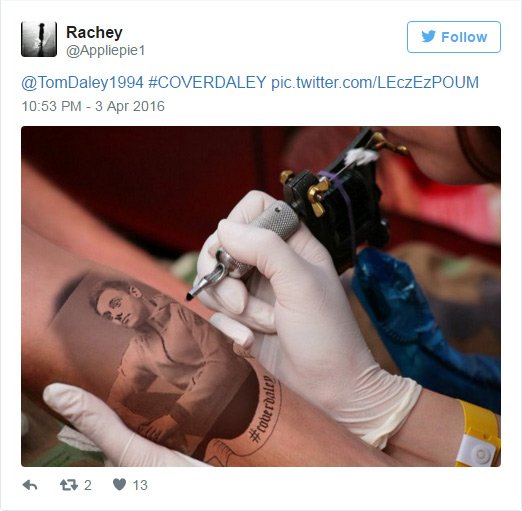 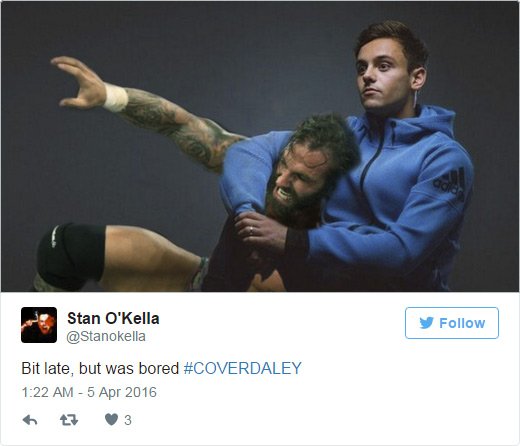 Some attempted to combine memes. 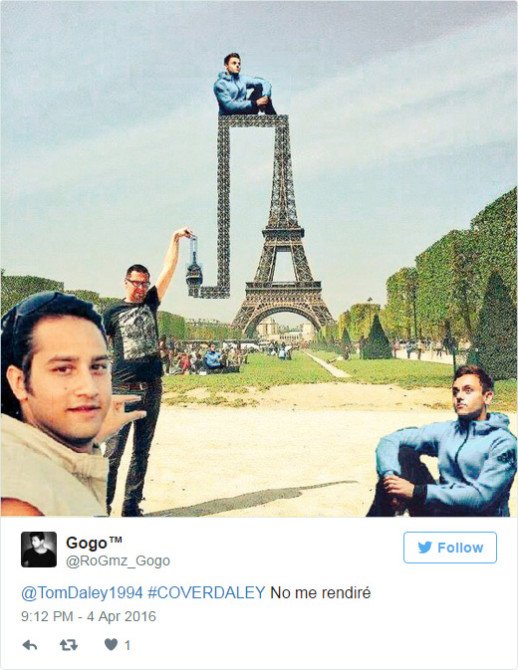 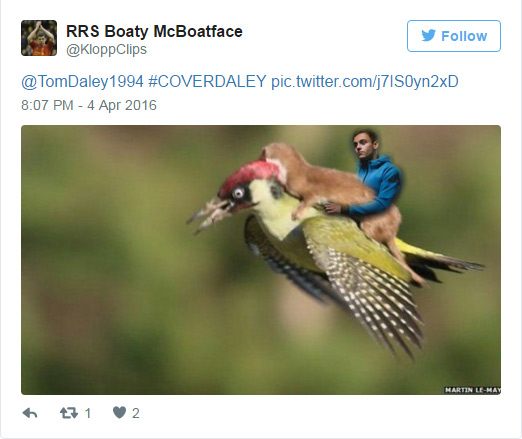 Others simply went with the classics. 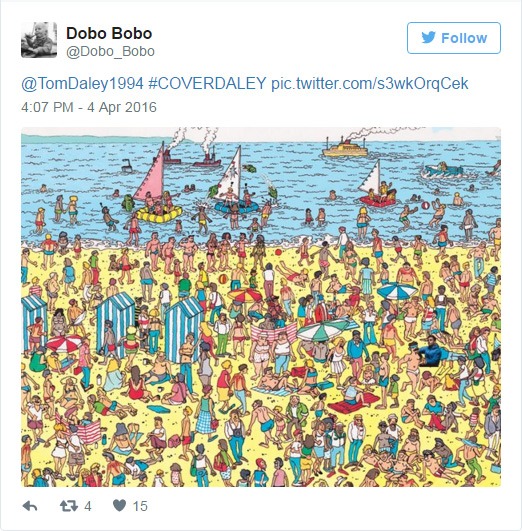 One went to Westeros. 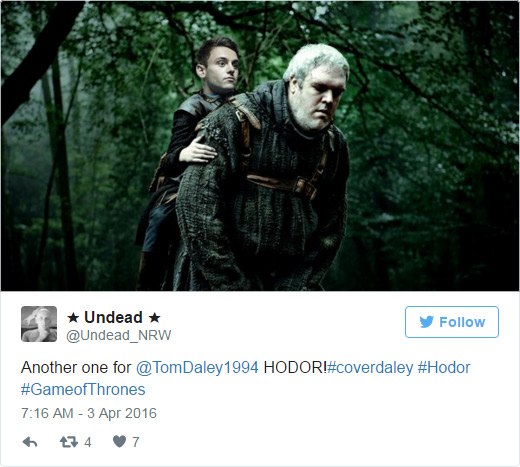 And some went where no one has gone before. 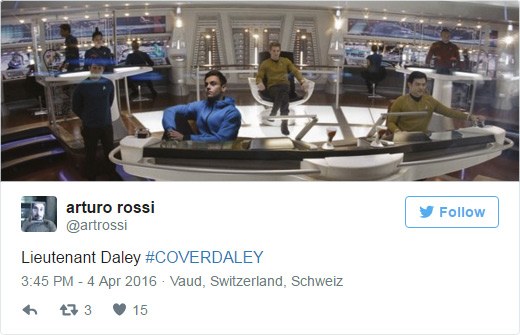 Tom did, however, pick a winner.

We wish Tom all the best in the Rio 2016 Olympics.

« Shooting the moon with a Raspberry PI, a cheap lens and no DSLR
Here are a few tips for keeping sand off your sensor while shooting at the beach »