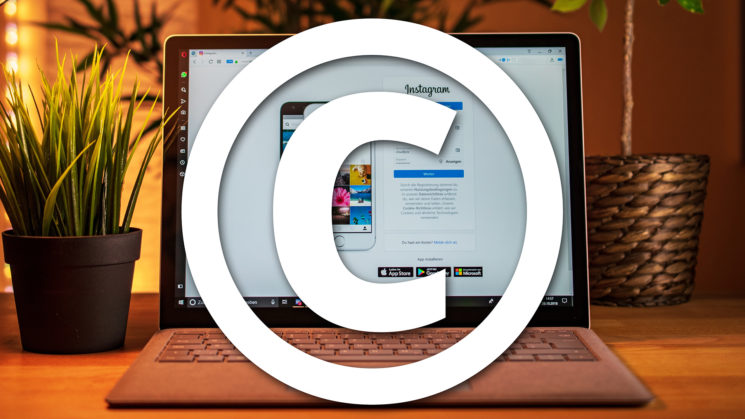 Well, this is a shocker. Image sharing platform Instagram has weighed in on the whole embedding thing after a second case has arisen involving post embedding and copyright infringement. Instagram has come forward, telling Ars Technica that it does NOT grant a sublicense to anybody who includes a public Instagram post in a website via its embed feature.

The news seems to not only contradict the assertion of a New York federal judge but also most peoples interpretation of Instagram’s own terms and conditions. But the short version is that you are now required to have permission from the person who posted the image before you embed or share it on your website. Which is a pretty massive shift in attitude, considering the site’s been around for almost a decade and is only now clarifying the issue.

In the first case from April, professional photographer Stephanie Sinclair believed her copyright had been infringed when Mashable embedded one of her Instagram posts into an article. A New York federal judge disagreed and threw out the case against Mashable, stating that Instagram was essentially sub-licensing the images to those who embed content hosted by Instagram.

I never did really agree with the judge’s assertion that Instagram is “granting a sublicense” to those who embed posts. I agreed with the final result, just not the reasoning. Given that the entire process of embedding means that it’s still Instagram that’s hosting and serving the content, not the website that’s doing the embedding, what would they actually be licensing? Side note: This is the whole crux of the “server test” debate.

Most people, both those uploading as well as those consuming it, have typically been under the impression that you agree to let people embed when uploading images to Instagram. This is why I thought the ruling was the right result (even if for the wrong reason). It’s the rule I’ve always gone by when I’ve uploaded images and video to Instagram. I’ve done it on the assumption that if I post something that doesn’t suck, people are going to embed it in their websites. Else, why bother even having the embedding feature at all?

Since then, a second case has arisen involving Newsweek and photographer Elliot McGucken which, surprisingly, went in McGucken’s favour – at least so far, with the judge refusing to dismiss the claim at the preliminary stage. Now, for clarification, Instagram has weighed in with their official word on the subject.

In an email to Ars Technica, Instagram has said that “while our terms allow us to grant a sub-license, we do not grant one for our embeds API. Our platform policies require third parties to have the necessary rights from applicable rights holders. This includes ensuring they have a license to share this content, if a license is required by law”.

Put simply, as far as Instagram’s concerned, you need permission from the owner of the posted content in order to embed it on your website.

Again, I ask, what’s the point of having the embed option? If we have to contact the creators for permission, why wouldn’t people just contact and ask them to use the original image directly rather than embed a 3rd party service like Instagram? Especially given that if somebody deletes a post on that service, the embed also breaks. If a website actually has direct permission to use the image from the creator, then they can just host it themselves forever and ensure the article is always complete.

And how does this affect photographers and other content creators who rely on others embedding their Instagram posts in order to be seen and build up an audience and customer base of their own, especially smaller ones? Even if they’re not going to be filing a claim against sites who embed their content, many of those sites will now just not bother embedding at all because it’s just too much hassle.

It really just makes no sense that the feature exists at all given the latest revelation from Instagram.

It’s sure going to make things interesting, though. The Newsweek case is not yet over, so it will be one to keep an eye on. We may also see an appeal on the dismissal of the Sinclair v Mashable case as a consequence of Instagram’s statement, too.

We’ve already seen judges rule that those who embed Tweets are just as responsible for copyright issues as those who post infringing content to Twitter. May we soon see more sites clarifying similar policies?

It’s worth having a read of the article over on the Ars Technica website, too.

If you’re a photographer who posts to Instagram, how have you perceived embedding? Have you just accepted it as a fact of life when uploading to Instagram and chosen the images you wish to post accordingly? Do you think it’s right that permission should be sought every single time somebody wants to embed a post? Will it harm your visibility if websites suddenly decide they can’t be bothered embedding your content anymore?

« Signature Edits is a website with free raw files for you to practice your editing skills
Lexar announces new $50 CFexpress card reader with read & write speeds up to 1,050MB/sec »