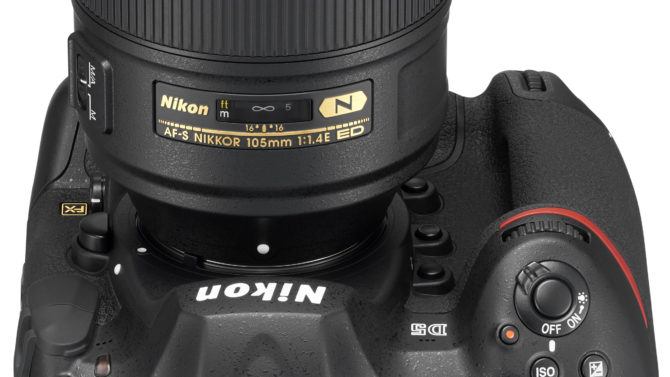 Nikon’s new 105mm f/1.4E ED isn’t officially available until the end of the month. A few lucky people have managed to get their hands on one, though. On that short list are photographers Lindsay Silverman and Vincent Versace, who have both posted sample shots to social media.

I always find it interesting to see what comes out after a new lens is announcement. While there’s no substitute for trying a lens yourself, photos shot with them do show things that spec sheets cannot. They help you to make more informed choices about whether or not you even want to try one.

With that in mind, let’s have a look at the photos. All images appear to be shot with the Nikon D5, although not all with the lens at f/1.4.

The last shot is interesting. Stopped down to f/2.5, the lens produces a nice look, although light sources closer to the plane of focus are starting to starburst a little. There’s nothing deal breaking here, but I’ve not seen anything that makes want to rush out and replace my 105mm f/2.8D AF Micro-Nikkor.

Of course, I’m not shooting concerts or other circumstances that require super fast apertures for low light. So, getting those extra 2 stops of brightness isn’t a big deal to me. For me, it’s all about the aesthetic.

Vincent goes into a little more detail with his samples posted to Facebook. They’re a very different type of photography to concert images.

Vincent has also uploaded the images to a Flickr album. There you can get a better idea of how they look without Facebook’s iffy compression.

The photos don’t quite convince me that I need one, especially given the cost. I’m happy with my 105mm f/2.8D for now. I’d still like to play with one of these, though, and try them side by side for myself.

How about you? Have these images inspired your lust for this lens? Or do you find them a little underwhelming? Have you added or removed this lens from your shopping list as a result of samples so far? Let us know in the comments.