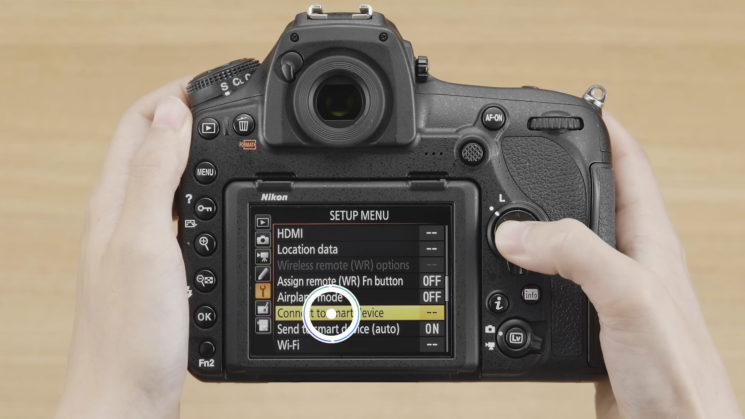 Introduced with the Nikon D500, SnapBridge is Nikon’s proprietary system for communicating with its recent DSLRs using your mobile device. When it was first announced, I was quite excited over the possibilities, but ultimately underwhelmed with it finally released.

Amongst the updates, Nikon lists “Enhanced interface and connectivity”. The overall design and menu structure have been revised in a number of different ways. For a start, certain functions have progress displays so you’re not left wondering if it’s actually doing something. There’s also visual confirmation of various operation statuses. Help functions are more easily accessible, and more camera model specific. You can also link up to five cameras with the app, which is great if you’re using multiple camera setups at, say, sports events.

SnapBridge 2.0 finally seems to give users some decent remote control options, too. The live view display is sent to the mobile device and you can change exposure modes (P/S/A/M), shutter speed, aperture, exposure compensation, ISO and white balance. Although Nikon do say that exactly which features you can adjust will vary by camera model. 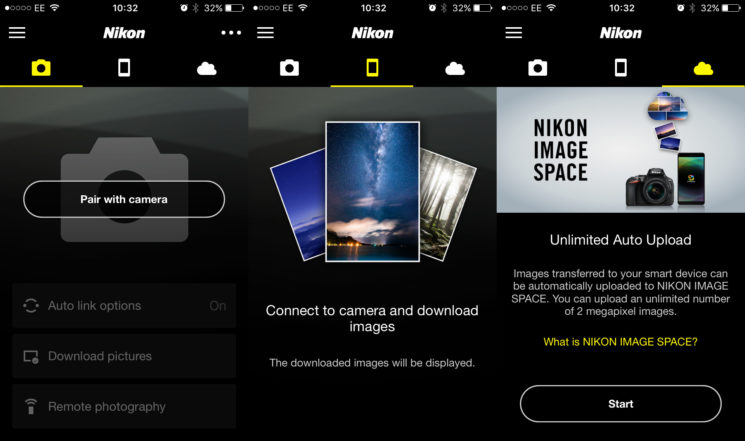 There’s also tighter integration with Nikon Image Space, Nikon’s online image hosting service. It’s not a full online backup solution, as the files are limited to 2MB each, but you can upload an unlimited number of them. Great for quickly posting online to show off.

Personally, given the competing apps out there, like qDslrDashboard, I think Nikon can still go a lot further. While the improvements were definitely needed, and assuming the connection issues experienced by many in the past are fixed, I’m not sure if it goes far enough. I’d sooner just get regular Wi-Fi back.

If you want to check out the new SnapBridge 2 for yourself, it’s available for both iOS in the Apple App Store and Android in the Google Play Store.