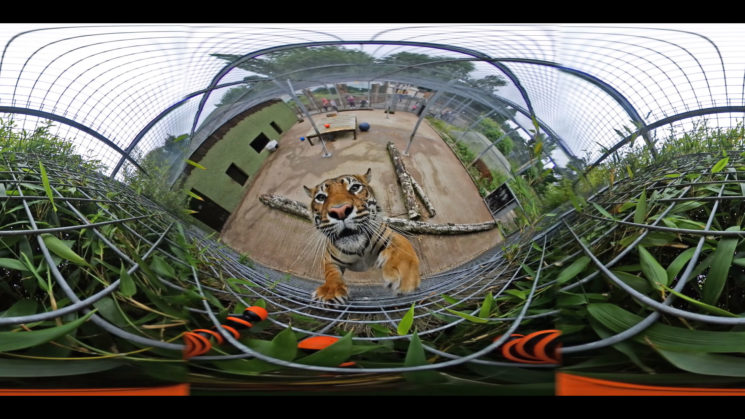 The Nikon KeyMission cameras have had a bit of a tough time. First the KeyMission 360 suffered a long delayed launch. Then the line was split into three separate cameras, all of which felt a bit underwhelming. Finally they were unleashed on the general public, few of which seem particularly impressed by them.

One thing that’s not been mentioned much is the KeyMission’s durability. Chances are, this is because few have had one long enough to really put it to the test. But not so much for Russel Edwards at RSE Photography. He set one up in a tiger’s enclosure during feeding. One tiger, though, seemed a little confused about what was on the menu.

Surprisingly, the KeyMission 360 managed to keep recording all the way through and survived the incident relatively unscathed. As for the Joby Gorillapod to which it was attached… Well, not so much.

Russel also posted the clip to Instagram, along with a description of the events.

While the tiger didn’t exactly tear into the camera the way it might a meal, it’s still rather impressive that it stood up as well as it did. Russel also posted a longer version to YouTube which shows more footage from the incident.

Now, if only Nikon could get the image quality & stitching accuracy to match its durability. Then I might actually buy one!