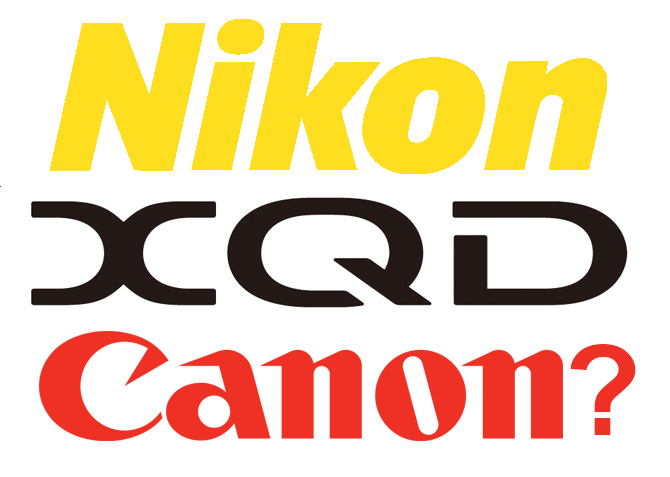 SanDisk developed the CompactFlash (CF) format and manufactured the first devices back in 1994, which makes the technology 22 years old.

That on its own is enough of a reason to replace it, and it seems Nikon is doing its best to crown the XQD format as the successor.

Not only will the newly announced D500 use an XQD memory card, the flagship D5 will be available with either dual CF slots or dual XQD slots, and according to a recent rumor 90% of the new cameras will come with the latter.

Nikon Rumors reports that the company is pushing the XQD version of the D5 in Europe and the US, and is encouraging dealers to order the more advanced version. With 90% of production said to be dedicated to the XQD version, longer wait times and availability issues with the CF D5 will likely also push clients to opt for the XQD version.

Nikon announced the XQD format, along with SanDisk and Sony, back in 2010 with the first card announced by Sony in 2012.

Nikon became the first (and only) DSLR manufacturer to use the new format with the release of the D4, and it remained loyal to the format with the D4s as well, though in both models there was only one XQD slot and one CF slot.

After getting its high-end clients accustomed to the new format, Nikon is offering a full switch to XQD with the D5, and seems to be using the same tactic with the D500. Owners will try the XQD card, see how amazingly fast it is and (hopefully) they will want more of it. This will allow Nikon to possibly switch the DX-flagship model to full XQD in the future, or alternatively this could also lure D500 users to upgrade to the faster sibling.

“We are happy to see Lexar’s XQD 2.0 memory card announcement, as it signifies their commitment to supporting the evolution of this important technology,” Nikon’s department manager of product planning, Hiroyuki Ikegami, said when Lexar recently released the fastest XQD memory card to date. “We expect our camera technology to continue alongside these very same evolutions, and along with the new Lexar XQD 2.0 card and reader line, we look forward to watching the XQD host device market grow and thrive,” he added, in what turned out to be truer than most had probably expected.

Other than Nikon’s DSLR cameras the XQD format is also used is several of Sony’s camcorders, but it hasn’t been picked up by other companies – most noticeably Canon.

The Japanese giant is also in need of a faster storage format, but Canon opted to go with CFast memory cards for its XC10 video camera, and is rumored to include one CFast slot in the upcoming 1D X Mark II.

Time will tell if Canon will continue with the CFast format or if it will switch to XQD after all.

Both technologies are much faster than the outdated CF, I just hope corporate politics and marketing tactics won’t lead to two different types of mainstream memory cards and another setback for those looking to switch brands.