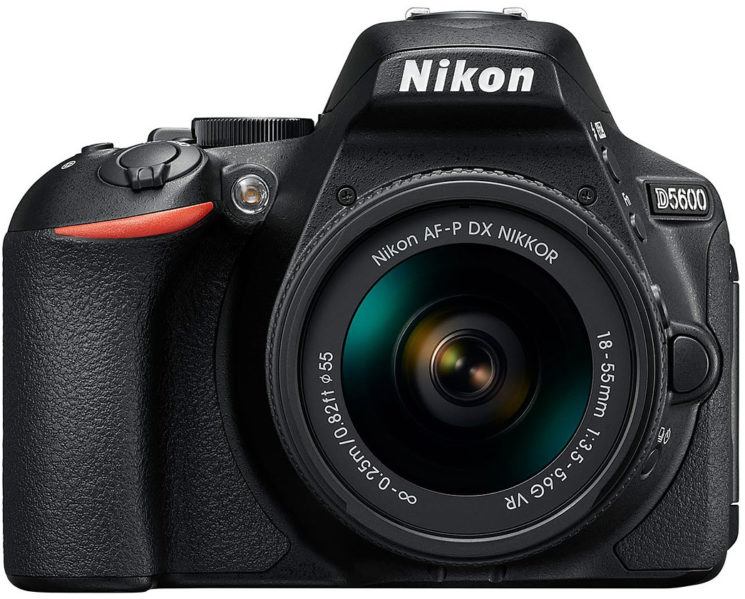 Nikon’s D5600 entry level DSLR has been available in some parts of the world for a couple of months now. At first it wasn’t looking like it was going to be released in the USA at all. Today, however, Nikon have officially announced the Nikon D5600 in the USA. It’s a minor update to the D5500, but it offers potentially significant workflow differences, depending on what and how you shoot.

The first is the addition of BlueTooth, which brings the Nikon D5x00 product range in line with the new SnapSeed protocol. For timelapse shooters, you now have the ability to convert your stills sequence straight to video instead of keeping individual files. Handy if you’re more worried about storage space than quality. Finally, you can now scrub through your images in playback mode using the touchscreen LCD.

It is a very minor update, and if you already have the D5500, it’s almost certainly not worth replacing it with a newer model. Those coming from the D3x00 line, though, might want to consider it, especially if they like the idea of being able to share their shots online through SnapBridge.

No shipping date has been made available yet for the D5300 packages. The Nikon Coolpix A300 will start shipping February 13th, and the Coolpix W100 is expected to ship on March 6th.

Have you been waiting for the D5600 to launch in the USA? Will you be getting one? Or will you go with the previous generation D5500? Those outside the USA who’ve already got a D5600, was it worth it? Or do you wish you’d gone for a different model? Let us know in the comments.

« This is why you should post-process your photography
Panasonic’s new Lumix GH5 shoots 4K@60fps without cropping and 4:2:2 10Bit footage »