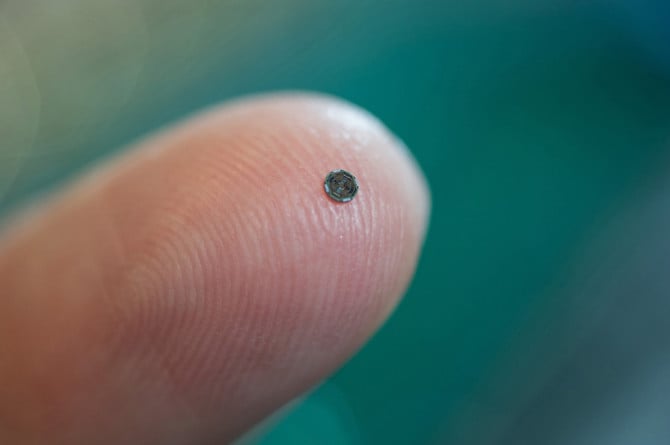 You’ve probably heard of Nanotechnology, and you probably know that its nothing new. But what if you heard that nanotechnology now puts a camera in your blood vessels?

I’m not talking about just inside your body. I’m talking about something so small that it can travel through arteries in your body and not end up causing an aneurysm. A scientist named F. Levent Degertekin has developed exactly that. The tiny camera is not only just a breakthrough by definition; it’s apparently a breakthrough in its performance as well. It was developed to project real-time, 3d, high definition imaging of the inside of our vessels, arteries, and hearts. The prototype developed by researchers generated images at 60 frames per second. 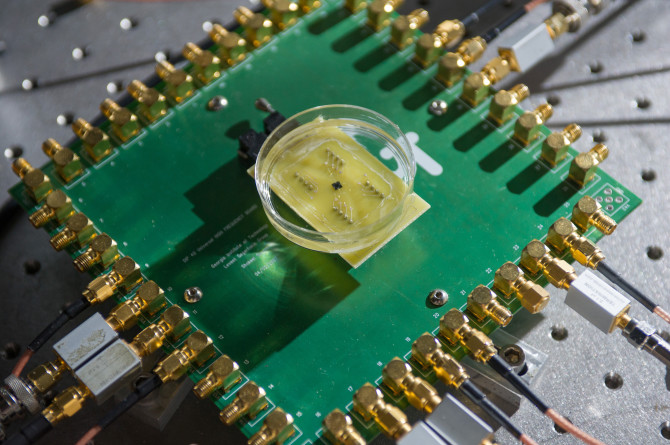 So how does it do it? The small chip that makes it up is round, with a 1.5 millimeter diameter and a 460 micron hole in the center. That chip is basically the nucleus of the device, and it’s responsible for sensing and transmitting data collected. A small film on top catches sound waves through sensors placed on its chip. If you’re still following, then I’m sorry in advance because I’m getting lost even talking about how it works. Explaining this in the most simple way possible, the sounds get transmitted to an external video monitor.

So you can say that it’s not technically a camera, but it does take pictures, and the pictures are stunning. With how incredible the quality of the picture comes out, it’s astounding to know just how small the device really is.

What’s the breakthrough, though? We already have methods of looking at the systems running within our body, don’t we?

I’ll give you an analogy using a scene from Jurassic Park. We currently have cross-sectional images of the insides of our vessels and valves. The surgeons complete their tasks through being guided by a person looking over the cross sections; in the same way, Ellie had to do exactly what Dr. Hammond and Malcolm instructed her to do in order to bring the power back up, and walked in absolute darkness. But if Ellie had a tool that could illuminate the room with a better look at everything, she would have realized that there were two velociraptors following her. Bottom line: the camera is meant to illuminate and expose things that probably wouldn’t have been recognized before. You’re better guided when you can see more clearly and when you have more control.

I don’t think I can really even say something else about this camera: I’m still stuck on the fact that it can take full-blown HD videos in our bodies. It’s amazing to know that we’re living in a time where a device so small can completely dismiss the need for even certain surgeries.

What do you guys think? Drop a comment below, and check out more information on the 1.5 millimeter camera here.

[Via Wired via Georgia Tech]