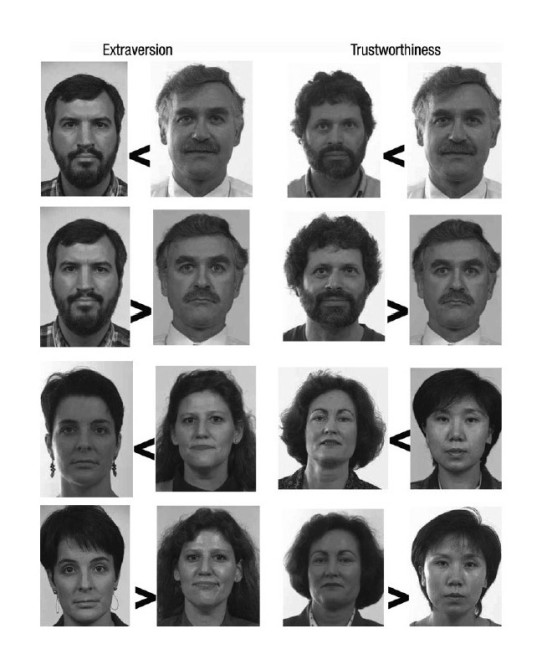 Back when social media was still something establishing its foundations, things were a bit different. People didn’t care what they typed as comments on MySpace, or how many seizures they’d cause others to have from their profile’s flashing black-and-white Fall Out Boy skin(face it: that was why we all learned HTML in the first place.) Where once profile pictures were something you’d only expect high school kids to worry about, things have changed today.

Facebook took social media and integrated into an older population; it established a way for people to have a professional-looking online profile, and it paved the way for people of all ages to come together and integrate into an online community. Consequentially, privacy’s become its biggest problem; with how open everyone’s become on social media today, and with how abnormal it’s become to not have a presence online, maintaining a good image on something like Facebook is much bigger of a deal than it was before.

We’re at a point where the people that hire us are looking at our Facebook profiles to get a good idea of who we really are. As misleading as first impressions can be, many companies have realized that there’s a lot that can be told about someone by looking at the very things they post online, and that can be beneficial and detrimental at the same time.

In the environment we’ve created for ourselves today, where our presence in social media significantly impacts how others see us both professionally and personally, it’s important that we maintain a good image. A new study from Psychological Science recently found that subtle differences in the ways profile pictures are shot affect the first impressions others of others when looking them up.

In that study, each participant was given five different photos of the same person, along with the objective of choosing each for one of five different categories of resumes. Basically, each photo was voted on whether it would fit better into a resume for a high-salary job, a dating website, a Facebook profile picture, a political campaign poster, or a head-shot for the lead role of a movie villain. When you look at the final results of the vote, you’ll find they were almost surprisingly linear; check out the evil vibe this dude gave off in photo #2. 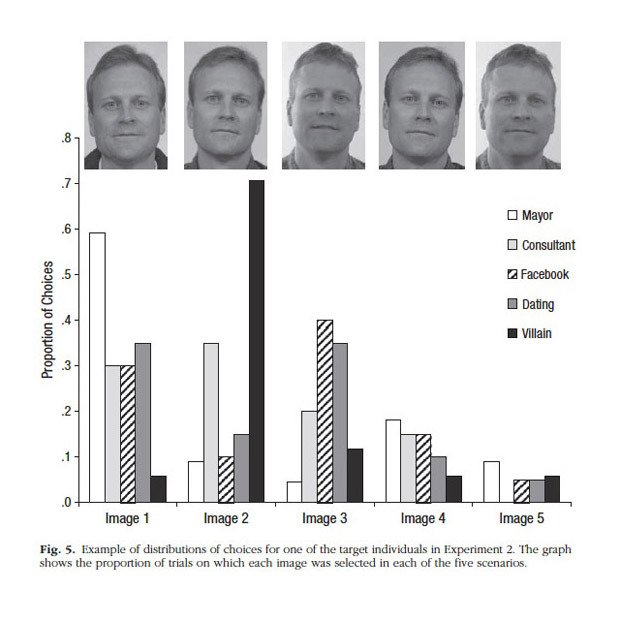 When it’s so seemingly identical to photo #4, it’s strange how much of a landslide the vote against photo #2 actually was. The research doesn’t go too much into why the choices were what they were, which leads me to think this has a lot more to do with a subconscious effect rather than anything deliberate. For me, the second picture gave off more of a look I’d find in a mugshot than the others the study gave. Maybe things like that ended up being a big factor into why the people involved had the judgements they had. Either way, none of this is stopping me from photoshopping villainous mustaches on my face and setting that as the default for everything I use. I don’t think it’s just your picture that makes the image; the things you write and the personality that you show have much more of an impact than the way you look, when it comes to how I view anyone’s page. I don’t think I’d ever be able to make a judgement call on someone when all I can see of their online presence is a few pictures.

You can check out the research and its abstract in full right here. What do you guys think of the results the research produced? Do you take your pictures as importantly as they say you should, or do you have differing thoughts?

Study reveals what your Instagram profile says about your relationship

« Sony’s a7S Tested in the Middle of the Night, Yielding Impressive Results
An Introduction to Glitch Art: Implementing Digital Surrealism Into Your Photography »