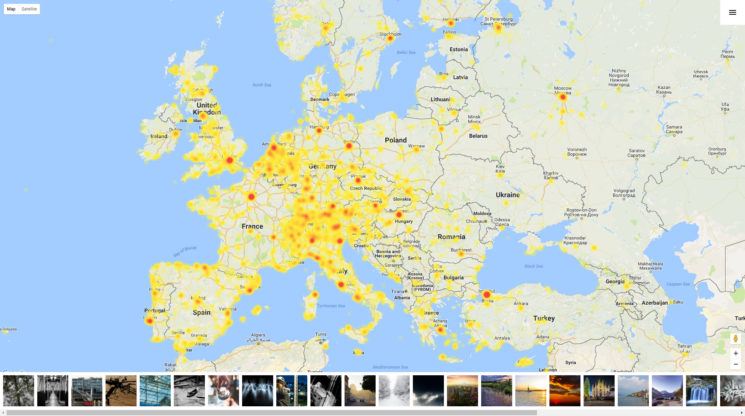 Panoramio was an invaluable location scouting tool for me. I could zoom into an area I wanted to scout, and all these little blips would appear on the map. Each showing me the location from a different view. If I happened to notice a particular cluster in a given area, I could zoom in tighter, and quickly see a bunch of different angles. Quickly determine if it was a tourist spot, or somewhere a little more out of the way.

Now that it’s been merged into Google Maps, that functionality no longer really exists. Sure, it has a strip of images along the bottom of the map and mousing over them shows you where they were shot, but it doesn’t really tell the whole story any more. Photographer Mike Wong must’ve felt this too. He is the creator of a new photo mapping website which shows where all of the images on 500px were created around the globe. At least, the ones with GPS information. 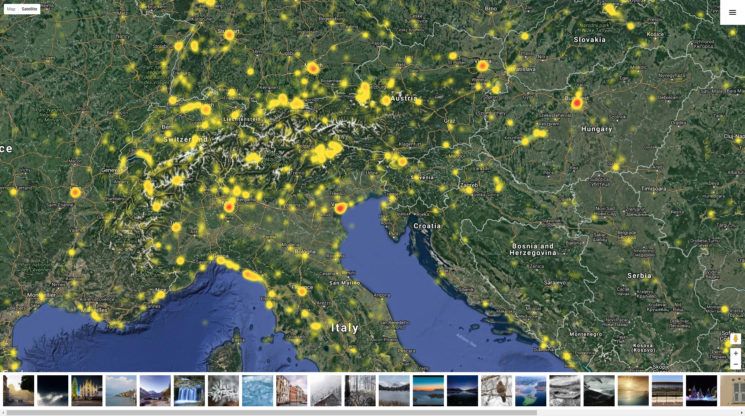 As it’s based off Google maps, you can also see a satellite view as well as the typical outline. This can make it much easier to find certain locations and see the hotspots. And while it offers the the sort of functionality I’ve missed since Panoramio was killed off, it does offer it in a slightly different way.

Instead of thumbnails spread across the map, it uses a sort of “heatmap” to show concentration of images. It ranges from yellow, for few photos, through orange, to red, for lots of photos. Personally, I think this makes it much easier to find things. With Panoramio, the thumbnails just kind of squished on top of each other when you zoomed out. You couldn’t tell if that little icon was 5 images or 500.

The map is currently limited to only using images uploaded to 500px, but something immediately struck me. That is the number of geotagged images in the UK & Europe vs the rest of the world. Across the USA, for example, there’s very little outside of California and New York. And there’s virtually none in Canada, where 500px is based. 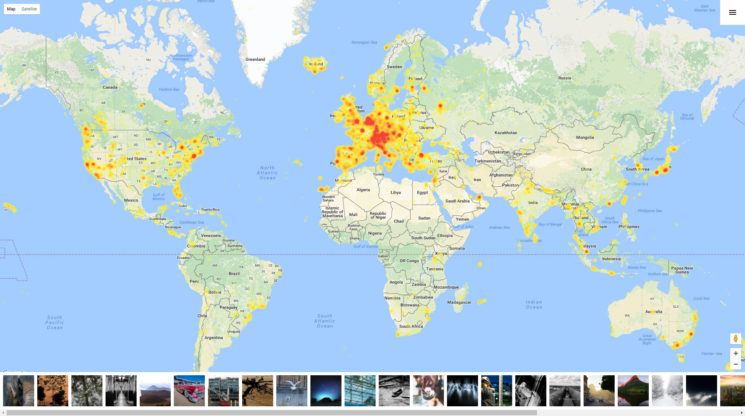 Another neat feature of this site is that it allows you to see when photographs were shot. Very handy if you’re trying to find how places look at a certain time of year. For somebody who shoots on location, especially in rural locations that grow up and die off each year, that information can be vital. 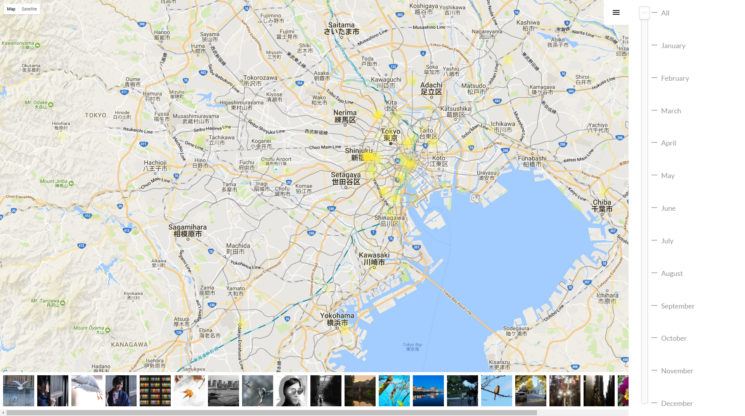 The only problem I have with this website at the moment, is that there’s no way to categorise a search. Or even a search at all, really. You can’t even type in a location, you just have to drag and zoom around the map until you find what you’re looking for.

While many locations naturally extend themselves well to landscapes, I see a lot of portraits and obscure images popping up. A lot of this will, of course, depend on how well images are tagged. But, it would be a very neat feature to see in the future. Mike does say he’s working on it, though. Tying into other image hosting sites that offer a public API, like Flickr, would also be amazing. The more images, the better, right?

You can check out the website here, and test it out for yourself.

Did you use Panoramio for location scouting from home? Have you found something else to replace it? Or could this be your new go-to tool for checking out locations before you visit? What features would you like to see Mike add? Let us know in the comments.

How to use displacement mapping for texture wrapping and fake tatoos