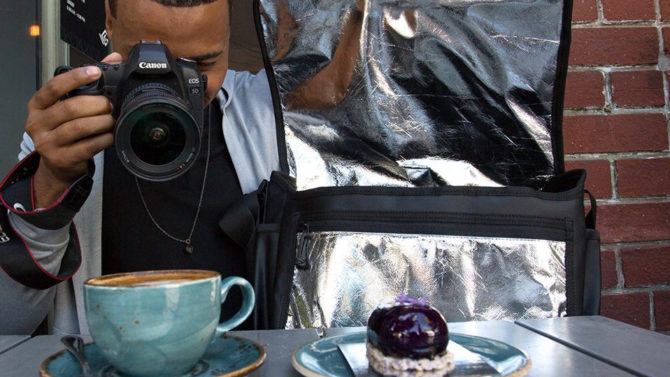 We’ve all seen bags before that feature things like built in white balance or exposure tools. My Lowepro Slingshot, for example, while not neutral, seems pretty close to 18% grey when I open up the flap. Perfect for quickly metering while out and about. But what about a built in reflector? Well, that’s the new Flash Bag.

The Flash Bag is essentially a messenger style camera bag. When you open up the front flap, it turns into a shiny metallic silver reflector. It doesn’t seem large enough to use as a full time reflector for many shoots, and it’s probably not the most ergonomic of reflectors for regular use, either. But, it could be handy in a pinch.

Opened up it looks more like a cooler bag in which to keep your beers chilled than a camera bag, but it’s an intriguing idea. From the outside, it appears rather unassuming, blending in with pretty much every other messenger bag out there. But, its main purpose is to be a camera bag, and it seems pretty solid for that task. 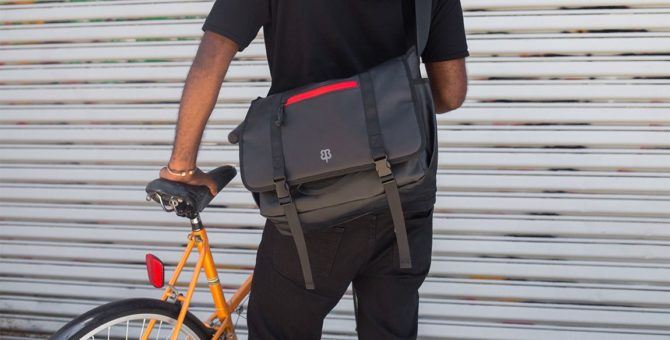 It’s made with water-resistant polyurethane coated nylon, has eight pockets, with a zip secured front pouch. It can hold a 15″ laptop and has a couple of side pockets for big lenses or drinks. Like most camera bags, it also has padded velcro dividers to reconfigure the interior to suit your gear. 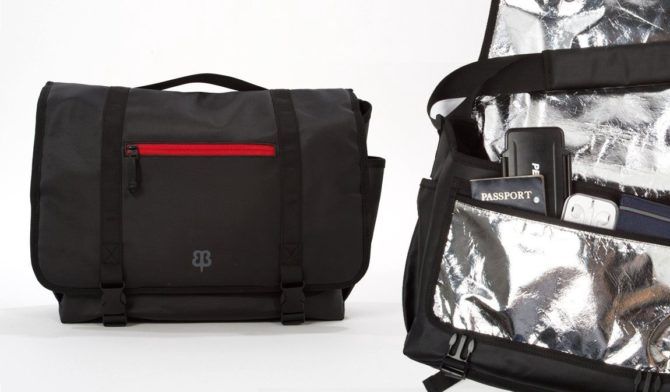 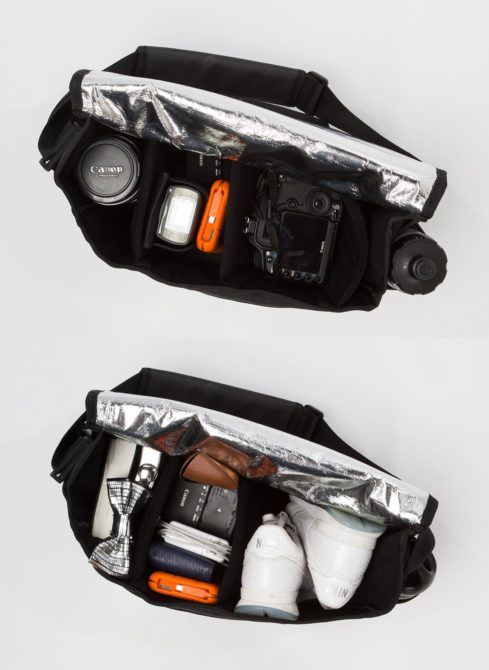 But how well does its reflector work? Well, how well can it work, really? If you just want to improve your Instagram lunchtime coffee shots, it seems to work pretty well. 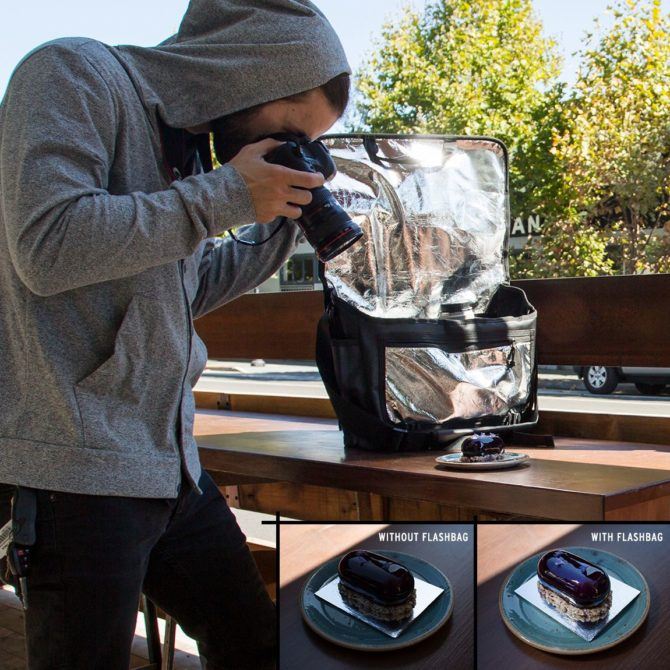 If your little subject is in the shade, or being backlit, it’ll help to fill in those shadows and show a lot more detail. Of course, this is the main task of a reflector. But is it going to be useful for anything besides this?

If you’re out with friends and want to grab a quick shot of a friend, unless they’re sitting down at a table, you’re going to need another friend to hold the thing. Being silver, the light tends to be a little harsher than a white reflector. So, it might also not always produce the best fill light for something like a portrait. Also, if you have to have another person hold it anyway, you might as well just pack a regular small folding reflector.

But, I still want one. Like the relatively middle-grey complexion of my Lowepro’s interior, the inside of this bag could be handy in a pinch. There are times when I’m out and want to grab a quick snap of something, and could do with a little light bounced back to fill in the shadows.

I’ve used napkins, white t-shirts, even white lens cleaning cloths as small reflectors before now. So, I think this bag could easily stand up to those jobs. It also serves as an obvious functional tool, like any other bag, to carry things from one location to another.

Then, of course, there are the alternate uses. Potentially handy when you’re at a location waiting for your subject to turn up. 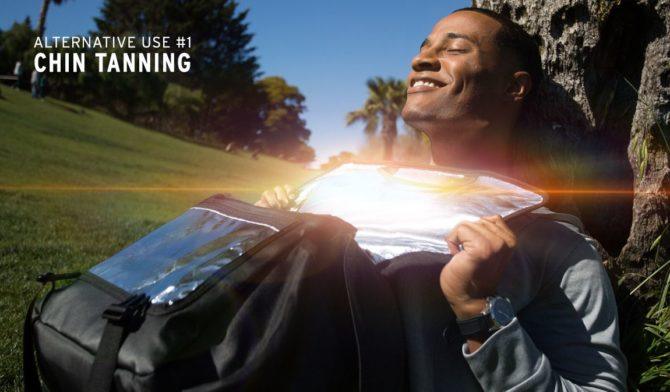 Or, for self defence. Although the cats don’t get quite as big as this around here. 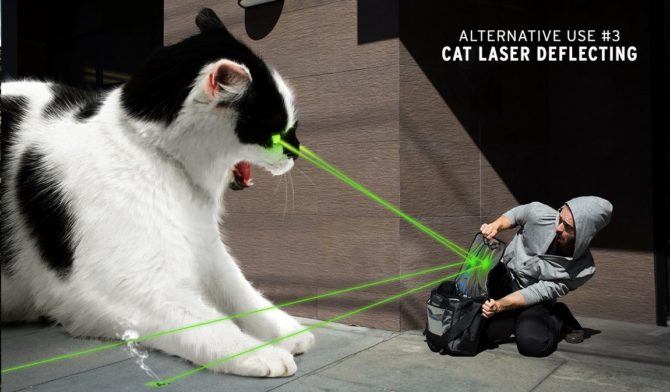 Messenger style camera bags have grown on me in the last couple of years. Right now my main messenger is an aging Crumpler New Delhi. It is getting a little old and battered now, though, and Crumpler don’t seem to make it any more. So, perhaps it’s time to start looking for a new one.

The Flash Bag retails at $98, already very affordable, although there are some discounts going on right now during the crowdfunding campaign. If you want to find out more, check out Betabrand.

What do you think? Is a built in reflector possibly, maybe, a little bit useful sometimes under certain conditions? Or is it just a useless gimmick? Surely it’s easier to just slip a reflector into the laptop pouch? Let us know your thoughts in the comments.