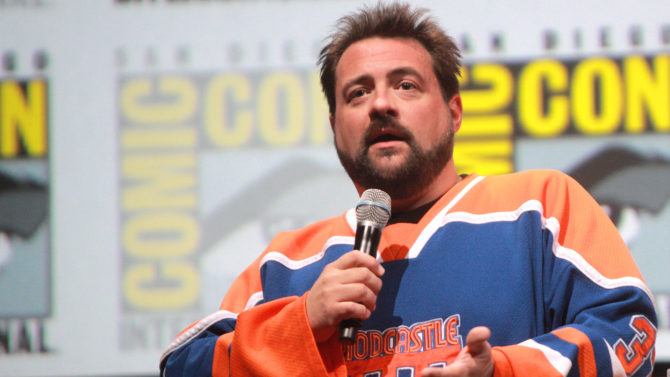 I’ve always said that if you don’t have haters, you’re doing it wrong. Inevitably, if you’re trying to push and improve yourself or tell a story, somebody’s just not going to get it. Or, even like it. And that’s just fine. But what do you do when they actually confront you about it? Especially in a room filled with other people?

Well, the short answer is to understand their position and accept it. Don’t take it personally and realise that everybody’s going to have their own opinions. The slightly longer answer is this 5 minute video from filmmaker Kevin Smith.

After a New Orleans screening of his new movie Yoga Hosers, Smith held a Q&A session during which audience members got to ask their questions. When one audience member suggested that the movie didn’t live up to expectations, Kevin came back with the perfect response. Be warned, though, the video does contain some slightly NFSW language.

Before the movie, Smith gave a talk to prepare the audience for what they were about to see. The audience member said that it was a “wonderful heartfelt talk”, but that the movie didn’t seem to “have any of that heart in it”. He asked if Smith felt the same way.

Oh my god! Well, you’re totally entitled to that.  I see a different movie when I watch it.

When I watch it, I’m like ‘Oh my god! This movie’s everything I’ve ever wanted to see”, because that’s me writing all these things that I’ve wanted to see.

Photography is the same to many people. We shoot what we want to shoot for us. We’re creating for ourselves, to capture things we want to capture. Is everybody going to like it? No. No photographer has ever produced an image that everybody loves. Life just doesn’t work that way.

If you’re shooting for a client, it may be a little different. Even then, though, the only opinion that really matters is that of the person paying you.

What am I supposed to do? Just not make it because some people might not like it?

Each time I go up to bat, I do the exact same thing, I make the movie that I want to see. Sometimes, you want to see it too and sometimes you don’t want to see it. This is one of those cases, but that doesn’t mean it shouldn’t be made.

So, don’t get wound up, don’t tell people they’re wrong. By definition, an opinion can’t be wrong. They simply have a different viewpoint.

As for Yoga Hosers, here’s the trailer. It seems a far cry from Mallrats or Jay & Silent Bob, but not having seen it, I won’t pass judgement just yet.

How do you feel about how Kevin responded? How do you deal with criticism of your work and photography? Have you seen Yoga Hosers yet and also thought it sucked? Or was it awesome? Let us know your thoughts in the comments.

How to deal with haters and negative feedback on your work