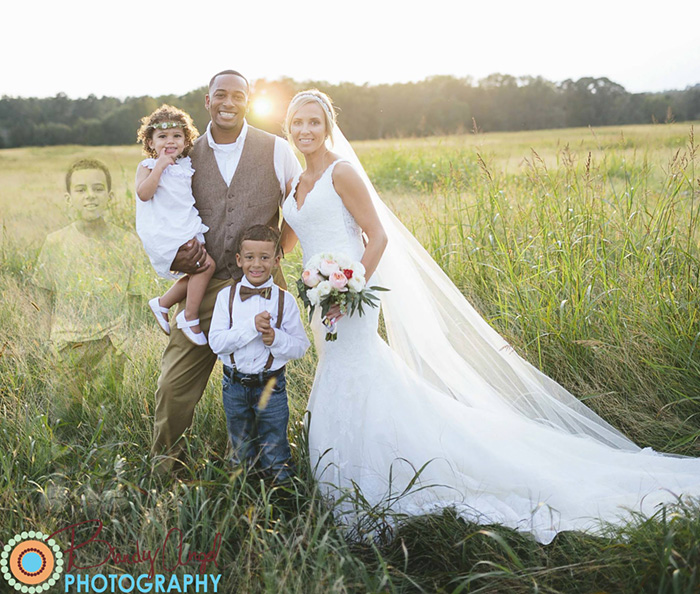 Anna Bozman’s wedding to her longtime boyfriend, Travis Thompson, had been put on hold for years while Anna’s son Lake battled cancer.

Unfortunately Lake passed away in May, and last month the couple decided to finally get married knowing that’s what Lake would have wanted.

“The thing I dreaded most was taking the pictures. I was sad because he wasn’t going to be in the pictures and it’s like you feel guilty taking photos without him,” the new Mrs. Thompson told Fox 5.

Anna and her photographer friend, Brandy Angel, decided to Photoshop Lake into the family’s wedding portrait, creating this beautiful and heartbreaking photo.

Anna had always wanted to find a way to include Lake in the photos since his passing and we had both seen this done before on social media,” Brandy told DIYP. “We decided to try and do the same for her and worked out the best plan to match the image she had in her heart and mind”.

Brandy added that she’s never created a similar image and getting it just right proved to be far more difficult than she had anticipated. Luckily Paul Woodward from her photography group responded to her request for help and together they were able to create exactly what Anna had wanted.

“I needed this picture more than she or anyone could ever know. THIS is my family. And we will be together again,” Anna said on Facebook.

“Although my family will never be complete here on Earth, we will be in Heaven. I do know that Lake has been watching over us especially when we got married. He made sure that it would be a day that none of us would forget. Although I felt his presence that day and I was actually happy, it was almost unbearable to take family pictures without him,” she told Fox 5. 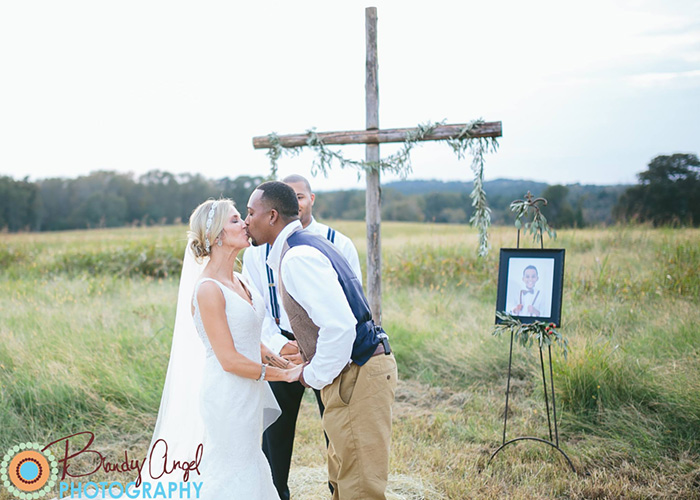 Brandy tells us that since this photo was shared on Sunday they have been bombarded with requests to create similar photos. While Paul is doing the best he can to help, Brandy says she’s going to master the technique so that she’ll be able to help as well.

“I hope that more people will be able to help others who are suffering from loss and can give their clients some comfort that they can hold on to for a lifetime,” Brandy concluded.

Photographer shoots a paralyzed mom. Hanging off a cliff. With her son. In a wheelchair